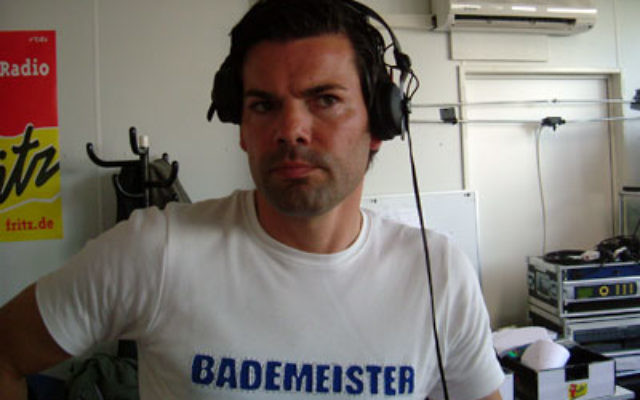 GERMAN radio host Ken Jebsen has come under fire for comments on the Holocaust in a private e-mail, but he will stay on the air.
Despite a call by the German Jewish community for “tough measures,” Jebsen, 45, will continue to broadcast his weekly “KenFM” show live on station RBB. He was suspended earlier this month but was reinstated Nov. 12. Jebsen will be required now to submit any political scripts to his bosses.

The storm began with an e-mail that Jebsen sent recently to a listener, who offended by the comments, forwarded the missive to polemic Jewish journalist Henryk Broder, a columnist for Die Welt. Broder posted the Jebsen e-mail on his blog, “the Axis of Good.”

Jebsen wrote, “I know who invented the Holocaust as PR. It was Freud’s nephew. [Edward Louis] Bernays” – the Viennese-born American public relations pioneer. The statement has been interpreted as Holocaust denial, which is illegal in Germany.

In his rambling e-mail to the anonymous recipient, the 10-year radio veteran also blamed two American companies — IBM and Standard Oil — for enabling the Nazis to select its victims and fuel its fighter jets. The CIA is criticized for “supporting every dictator it can use.”

RBB spokesman Volker Schreck told JTA that editors met with Jebsen after the story broke and told him that such statements were unacceptable. Program director Claudia Nothelle later told the Berliner Morgenpost that Jebsen’s on-air statements —  such as that the 9-11 attacks were the work of the CIA — were “crazed.”

Schreck said Jebsen’s comments were “crazed and rubbish, but he is not an anti-Semite or Holocaust denier.”

In statement aired Nov. 12, when his program resumed, Jebsen insisted that his words were “not Holocaust denial,” and that he “was only addressing the issue of propaganda and its mechanisms. The answer came from Bernays himself.”

Jebsen’s e-mail was easy to misunderstand — and that’s how he probably intended it, Jewish community spokeswoman Maya Zehden told JTA.

“It sounds like he is blaming the Jews themselves for their own downfall,” she said.

“It’s not a question of whether Mr. Jebsen is an anti-Semite or not,” Suesskind wrote. “The question is whether one can just get back to normal after such statements have been made. Because the whole process has triggered a series of anti-Semitic comments, particularly on the Internet.”

Broder has reprinted hate mail he has received since publicizing Jebsen’s e-mail.

Jebsen, who also wrote in his controversial e-mail that he has Jewish and Iranian roots, says he and his listeners were “shocked by the extent of personal attacks” he had received.