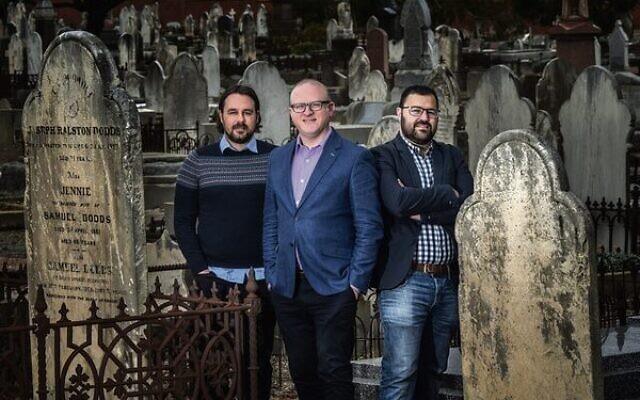 Losing someone is always hard, but three Jewish men have looked to make the process easier, creating the successful start-up business Willed.

The trio of co-founders came together to create the online business “after one of us had lost their father, who unfortunately passed away without a will (intestate)”, said co-founder Aaron Zelman.

Zelman, who has a wealth of experience in life insurance, realised that there was a need that could be filled and their start-up company Willed has since been listed at number eight in Australia’s Best 50 Start-Ups.

Zelman told The AJN, “We had all lost someone in our immediate family so we appreciated that death is something very real and something to plan ahead for.”

The online business is a service where you can write a will online in as little as 15 minutes. The wills created on Willed are legally binding and the platform uses a step-by-step system to make it user friendly for people of all technical capabilities.

There are options on the platform that cost $159 – or $238 for couples, and all wills are checked by their Willed experts as part of the package.

Willed is a company created by tech and legal experts and has “brought a lot of creativity and design smarts to a longstanding problem that has been troubling millions of Australian for years”, said Zelman, that problem being “I need to write my will but don’t know where to start.”

Zelman founded Willed with fellow Jewish entrepreneurs Dave Kaplan and Tim Glasson. Zelman told The AJN that his Jewish upbringing exposed him “to a large number of hard-working, intelligent and entrepreneurial people who also have a strong sense of ­community.”

He added, “In my view, treating people with dignity, respect and fairness is central to being Jewish, and I would hope I’ve brought that into the business world as well.”

Since starting Willed, Zelman said that his proudest moment has been receiving the customer feedback.

“Everyday people are amazed how helpful our software is to use and how good they feel getting their affairs in order,” he said.

The company also has been successful with their advertising, using a vampire named ‘Count Gregor’, in a series of television ads.

Zelman explained, “We wanted to disarm our audience so that they could think about dying and the need to get their affairs in order without being turned off or paralysed by it all. It was a big gamble; it worked a charm.”