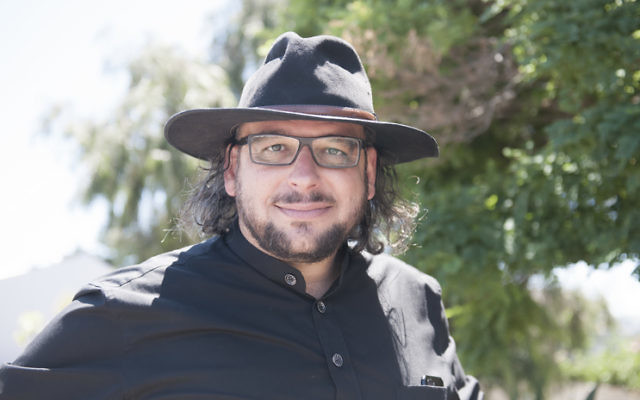 DID you know Israel celebrates a Day of Language every year on the birthday of Eliezer Ben-Yehuda, the founder of modern Hebrew?” asks University of Adelaide’s Professor of Linguistics and Endangered Languages Ghil’ad Zuckermann.

“When you lose your language, you also lose your cultural autonomy, your intellectual sovereignty, your heritage and, metaphorically, your soul.

“Ben-Yehuda realised the power of language revival to national identity, and I think as Jews we all do, so we should be much more sensitive to the loss of language by Aboriginal people that occurred through a process I call linguicide.”

Concerned that 96 per cent of the 330 Aboriginal languages in Australia are on the verge of imminent extinction because they’re not spoken by children – “a dismal situation” – Zuckermann sought a way he could make a difference as a linguist “in order to right the wrongs of the past and empower Aboriginal people”.

After a bit of research seven years ago, he came across an incredibly rare tool to apply to what are traditionally verbal-only Indigenous languages – an English-Barngarla dictionary compiled in 1844, featuring 3500 word translations.

Its author, Clamor Wilhelm Schurmann from the Dresden Lutheran Mission, was sent to South Australia’s Eyre Peninsula to convert Aboriginal people to Christianity.

Wasting no time, Zuckermann approached members of the 1000-strong Barngarla community living in the towns of Port Augusta, Port Lincoln and Whyalla, offering to develop linguistic resources and run regular group lessons to revive their language.

“They told me, ‘We’ve been waiting for someone like you for the last 50 years!'” Zuckermann said.

“I didn’t know what to expect when I first started, but when I met Howard Richards – a member of the Stolen Generation – in Port Lincoln one evening, he said, ‘We’ll be waiting for you for our first lesson at 8am tomorrow.’

“I didn’t sleep a wink and the next morning they showed up in droves.”
Since then, Zuckermann secured funding to continue teaching Barngarla, develop learning tools on a website, a Facebook group page and most recently, an innovative Barngarla language app that features clickable pictures relating to translated words that are recited, when clicked, in Barngarla by members of the community.

“This has proven to be a particularly effective learning tool for Barngarla children,” Zuckermann said.

“We’ve now reached the exciting stage where a core of at least 100 members of the Barngarla community are learning the language and we are training several members as Barngarla teachers.

“The idea is that with time, they can become in full control of the process and take their language, as the owners of it, how far they would like it to go.”

Zuckermann said what is most encouraging is the number of teenagers – “who are the key to the future” – that have become very enthusiastic about reconnecting with their language.

“They are feeling empowered, particularly with the use of Barngarla place names across the Peninsula – like ‘Galinyala’ for Port Lincoln and ‘Gardma’ for Mount Gawler – they love it when they learn those words because they feel it gives them authority over country.

“New buildings have also been recently renamed, including a gym at Navigator Private College in Port Lincoln, now called the Mangiri (healthy) Centre.

“And Elders have now started to speak in Barngarla at local events and festivals when delivering Welcome to Country, which is a new phenomenon for them and a real game changer.”

Zuckermann said he travelled to Germany last year to visit descendants of Shurmann and has invited Reverend Ravinder Salooja from the Leipzig Lutheran Mission (the successor organisation to the Dresden Lutheran Mission) to meet the Barngarla people this October – an invitation Rev Salooja has accepted.

“It is quite remarkable when you think about it that suddenly 175 years later, a non-religious Jew (Zuckermann) who is the son of a Holocaust survivor, is using a dictionary developed by a German missionary as a tool to Christianise the Barngarla people, to actually reconnect the people with their language,” Zuckermann reflected.

Professor Zuckermann last year at the Leipzig Lutheran Mission in Germany, pointing to a displayed photo of Clamor Schurmann, who wrote the English-Barngarla dictionary in 1844.

“Along this journey I’ve found that Indigenous language revival can also lead to improved mental and overall health and wellbeing for Aboriginal people, and an Indigenous colleague of mine, Professor Alex Brown [from SA Health and Medical Research Institute] and I have secured funding for further research into this.

“But what motivates me most is purely the moral obligation to right a wrong.”