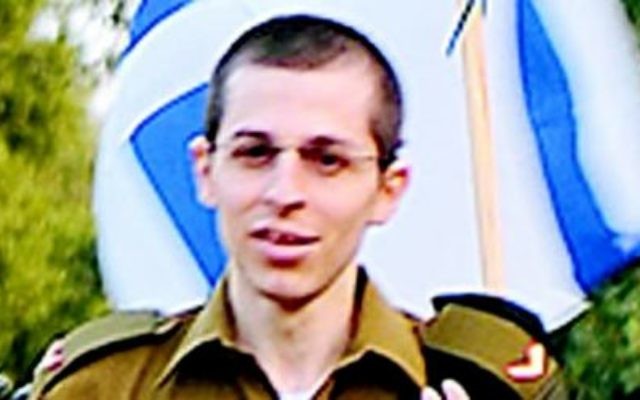 GILAD Shalit, a beacon of hope for Israel and the Jewish world, is in Australia. The 26-year-old former Israel Defence Forces officer arrived in Perth earlier this week to speak at a United Israel Appeal (UIA) event. He’s also set to address UIA audiences in Sydney and Melbourne over the next fortnight.

Shalit was held captive by Hamas terrorists for 1941 days after he was kidnapped while serving in the IDF in 2006. Negotiations for his release began soon after he was captured, but made no progress until 2011 when Israeli Prime Minister Benjamin Netanyahu announced that he had signed a deal with Hamas to bring Shalit home.

The release of more than 1027 prisoners, many with blood on their hands, in exchange for the young officer’s return to Israel was condemned by many. Some felt it was too high a price to pay, others were still mourning family and friends who had been victims of those set free.

Nonetheless, on October 18, 2011, millions around the globe – including more than 1000 people at Central Synagogue in Sydney and hundreds more at Beth Weizmann in Melbourne – watched history unfold as TV cameras recorded the historic moment that Shalit walked back onto Israeli soil.

“To see a prisoner of Zion being released and free was a very big moment, and the fact that he is now in Australia – after we in Australia tried so hard to make people aware of the terrible predicament that he was in – is just remarkable,” Executive Council of Australia Jewry president Danny Lamm said this week.

Lamm was the president of the Zionist Council of Victoria (ZCV) when he met Shalit’s parents during their son’s first year in captivity.

When Lamm returned from Israel he kept his promise, and months later the government joined as one to pass a motion calling for Shalit’s release.

“We were the first government in the world to pass such a motion, and we kept on trying to raise awareness until eventually he was released.”

Zionist Council of NSW honorary life president Ron Weiser was one of many people in the Australian Jewish community that led the local campaign demanding Shalit’s release during his five years in captivity.

This week, Weiser flew to Perth to speak at the UIA function alongside Shalit. “During his captivity we just wanted him to be released. I never imagined that so many years later I would be speaking at the same function as him in Australia,” Weiser told The AJN this week.

A spokesperson for the UIA said they could not comment on Shalit’s arrival or appearances in Australia.

Gilad Shalit upon his release.