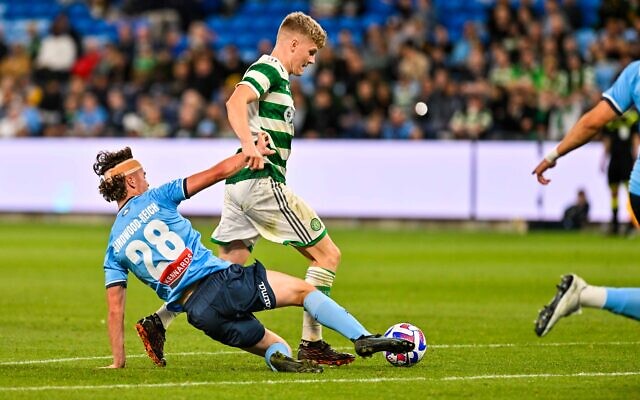 Less than three weeks after making his A-League debut for Sydney FC in the final minutes of their 3-2 win over Macarthur FC, Jake Girdwood-Reich was rewarded with 25 minutes of game time in a dream fixture for a young footballer – a match versus visiting Scottish champions Celtic FC.

The 6-foot tall, 18-year-old Jewish defensive midfielder entered the game in the 69th minute of the November 17 friendly at Sydney’s new Allianz Stadium, when the Sky Blues led 2-1.

And he did not let the big occasion faze him, helping Sydney FC to defend their lead, and seal a memorable victory that few would have predicted.

Girdwood-Reich told J-Wire after the game, “I just wanted to get on and play, and help hold the Sydney FC defence together to get the win. I really didn’t think at all about these players being [from] Glasgow Celtic.

“I was elated and overjoyed the win came our way.”

With minutes remaining before full-time, he sported a head bandage – and later needed six stitches – as a result of a head clash with Celtic player Stephen Welsh.

Both players had to leave the field for treatment, but Girdwood-Reich was able to return to complete the game. 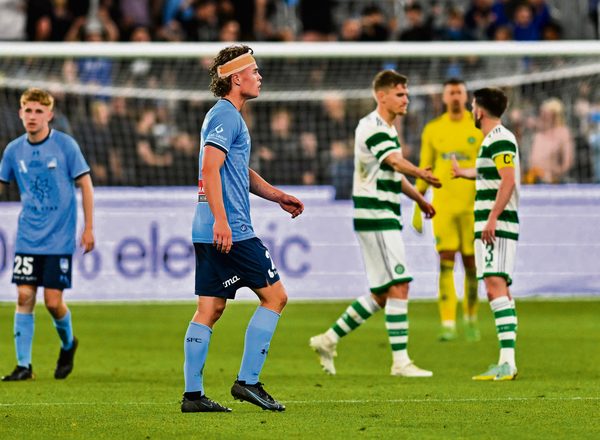 Girdwood-Reich is a descendant of Holocaust survivors who migrated to Australia after World War II, but relevant specifically to the Celtic match, he has Scottish heritage on his father’s side of the family, and he is a fan of Celtic’s Glasgow arch-rivals, Rangers FC.

A defender with strong passing, tackling and intercepting abilities, who loves to be “a pest in the midfield”, Girdwood-Reich is good friends with 20-year-old Western Sydney Wanderers Jewish striker Zac Sapsford, as the two were part of Sydney FC’s successful NSW NPL team last season.

A fan of the Sky Blues since childhood – and part of the club’s Academy setup since U13s – the Clovelly resident and Endeavour Sports High School graduate signed his first A-League Men’s contract with Sydney FC in May, and a month later he won the club’s Rising Star award.

Thanking his coaches, teammates, his family, and Sky Blues members and fans in his award acceptance speech, he added, “I’m looking forward to making an impact next season, and hoping to get some game time in the A-League.” 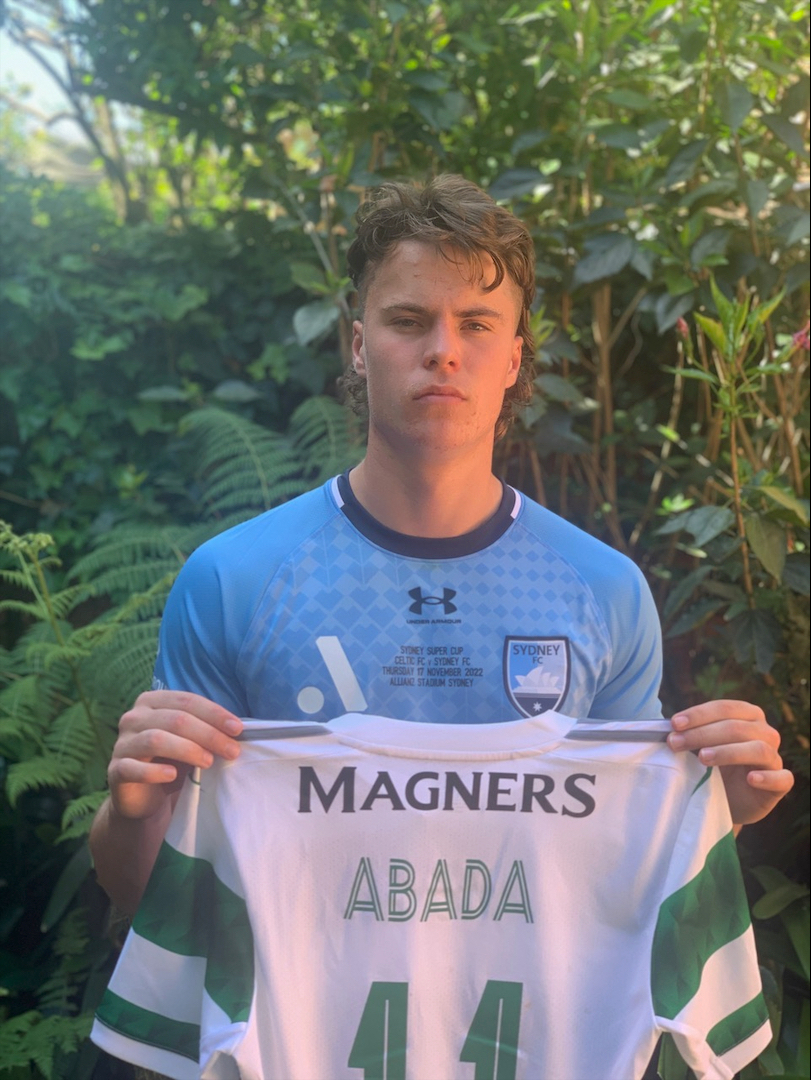 The icing on the cake for him after last week’s win over Celtic FC was obtaining a special match souvenir – the jersey of Celtic’s Israeli international player, Lior Abada, who played for the first 45 minutes of the match.

Telling J-Wire he was determined to swap jerseys with a Celtic player, Girdwood-Reich said, “I felt really good getting Abada’s jersey.

“It was tremendous … he is a great player, and I will value it as a memento to trigger great memories of the game.”