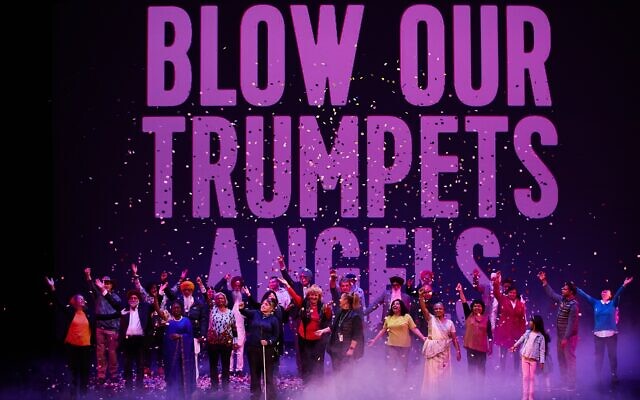 Described as a cathartic group experience, Truth to Power Café ultimately shares a message of hope. Jeremy Goldstein, who grew up in Sydney, attending Yeshiva and Moriah colleges before making aliyah with his family, is now based in London. But he’s back on Aussie shores and has brought his live and digital production with him.

Digital, of course, to accommodate COVID lockdowns and restrictions.

It’s a new kind of theatre – part memoir, part music, a little bit of poetry and some testimony. Most importantly, it gives audiences the chance to answer the big question: Who has power over you and what do you want to say to them?

Truth to Power Café , which has toured the UK, the Netherlands, Austria and Croatia, is touring Australia with live and digital productions in Adelaide, Sydney and Melbourne.

Goldstein’s father, Mick Goldstein, was part of the Hackney Gang, which included Nobel Prize-winning playwright Harold Pinter. According to Goldstein, the gang believed in an independent media and in speaking for those who were disempowered and their allies.

Participants are encouraged to answer the question posed, and in doing so, to speak their own truth. 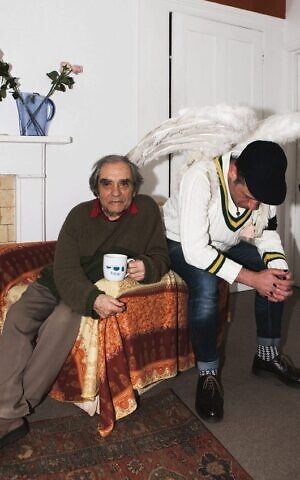 The one constant at every production is Goldstein’s monologues which include poetry by the last surviving member of the Hackney Gang, Henry Woolf.

Estranged from each other when he died, Goldstein meets his father again through new letters which were acquired by the Harold Pinter Archive at the British Library in London. It was these letters between gang members that inspired the performance, as Goldstein saw his father as a young man for the first time, finding empathy and love for him in the aftermath of his passing.

“Truth to Power Café is conceived as a love letter to the memory of my father, Mick Goldstein, and his friends of 60 years, Henry Woolf and Harold Pinter,” Goldstein explained.

“It’s a call to self-expression and an opportunity to name what might be unconscious or tough to acknowledge, while challenging ideas of who can take to the stage and have a voice in the process.”

What’s special about Truth to Power Café is that it is an uplifting performance, finding topics that connect people.

“As we emerge from the latest lockdowns, these live and online performance events will empower participants to speak the truth of their lived experience, and claim agency over themselves and their community,” said Goldstein.

“At a time when there can be no return to normal, we demand that you listen.”

Truth to Power Café is presented as part of British Council UK/Australia season at Adelaide Festival Centre on September 17, live streamed from Blacktown Arts on September 23-24, and on demand from Bunjil Place, Narre Warren from October 1-31
ukaustraliaseason.com/event/london-artists-projects-truth-to-power-cafe/