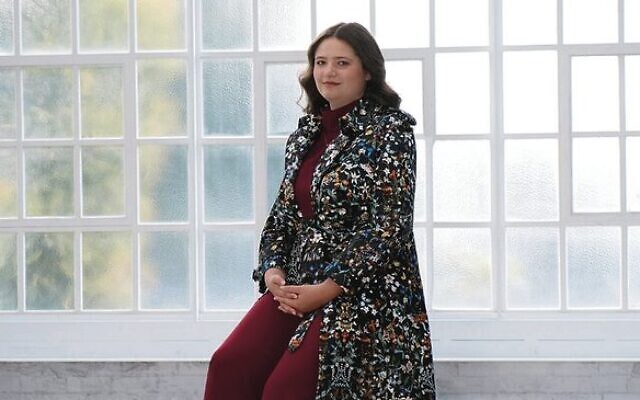 When Stephanie Weiss started university, a biomedical engineering degree seemed, to most other people, a random choice. But for the Moriah College graduate, it was a well-thought-out plan.

“I always liked maths, and I wanted to do something that made a physical difference in the world,” she told The AJN.

She knew she wanted to make a difference to people’s lives. Which is exactly what she is working towards with her start-up Arula, which prints external breast prostheses for women who have had single or double mastectomies.

Just a couple of weeks after Weiss founded the company, she was flown to San Francisco to take part in Y Combinator, one of the top start-up programs in the world. While Arula didn’t make it through to the next stage of the program, it was the only Australian company to receive a grant for the most promising start-up.

Back home, Weiss made it through into a program called Start Mate, again receiving investment funds, and was then awarded an $80,000 grant as a successful Boosting Female Founders Initiative recipient.

Weiss created the product – which is Medicare rebatable – patented it and began the testing process.

Explaining that around 40 per cent of women don’t get reconstructive surgery following a mastectomy, Weiss emphasised that customisation is a huge part of the product.

“It’s a unique design so women don’t feel like they must settle for something that ‘kind of’ fits. Rather they have something that fits to their size and makes them feel comfortable.”

Weiss also focuses on the ‘lightness’ of the prosthetic, ensuring that it feels as natural as possible.

“I’ve been able to research incredible medical innovations, and I think this is such an underserved area … It just seemed like such a simple product [to create]. We’re living in a world where prosthetics work with the brain – arms and legs and things like that. And yet, in this area there hasn’t been that much innovation over the last 20 or 30 years,” she said, explaining that a breast prosthesis simply goes into a woman’s bra – there are no ‘mechanisms’ behind it.

She also noted that for women who can’t have reconstructive surgery – some are too skinny, too young or too old – they’ve lost a part of themselves, which she wants to give back. It’s an issue that even stems to women’s fashion.

“The way that women’s fashion works, it always accounts for breasts. So, many of these women have had to throw out so many clothes. I remember one woman was saying that her dream is just to wear a wrap dress again. It’s a way to tangibly change someone’s life.”

While Weiss is still in the testing phase, she hopes to get to market by next year.

To find out more, visit arula.com.au