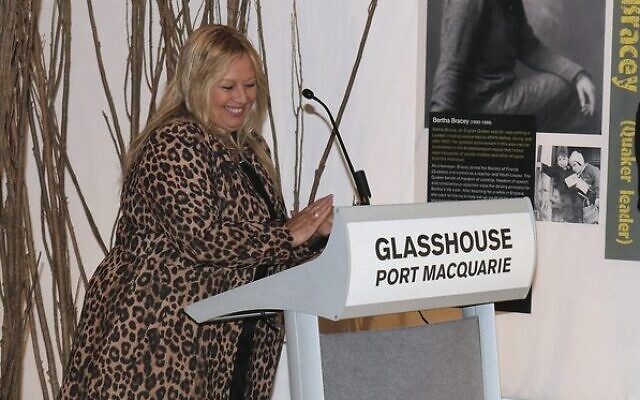 A fascinating connection exists between a Courage to Care exhibition currently being held at the Glasshouse in Port Macquarie, and the Glass House in Budapest.

The Glass House in Budapest was once a glass factory, but under the leadership of Carl Lutz it became a place of refuge for Jewish people, and is now a moral symbol of courage, while Lutz is remembered as a man who had the courage to care.

Soon after being appointed Swiss vice-consul Lutz, in cooperation with the Jewish Agency for Israel, issued Swiss safe-conduct documents that enabled Jewish children to emigrate.

In 1944 when the Nazis took over Budapest, Lutz, working with others like Raoul Wallenberg, enabled tens of thousands of Jewish people to leave. One notable Australian who owes his life to Lutz is Frank Lowy.

Lutz is credited with saving the lives of 62,00 Jewish people from the Holocaust.

The Glass House also had a broader impact because it was used as a headquarters by the Jewish youth underground which saved many lives.

Courage to Care honours brave men and women who did extraordinary things to save lives. They retell the stories of many Righteous among the Nations in schools and at exhibitions to empower students and adults to stand up for victim of discrimination, racism and injustice.

During the opening for the current exhibition, mayor of Port Macquarie Peta Pinson said it was a privilege for Port Macquarie to host the exhibition and help inspire and empower people through the stories of rescue and personal testimonies.

Over the seven weeks of the Port Macquarie Glasshouse Courage to Care exhibition, it is expected there will be around 1500 students participating in a two-hour program consisting of a film overview, a survivor telling their story and a facilitated workshop.

The objective of the exhibition and the program is to encourage participants to “do the right thing” when they see discrimination, racism and bullying in their schools or the wider community and not accept a standard that is unjust and morally wrong.