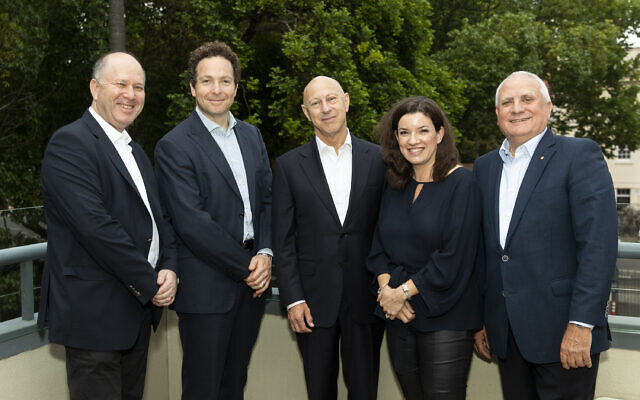 IMMEDIATE past president Daniel Goulburn paid an emotional tribute to his late wife Rochelle in his last speech at the helm of the Wolper Jewish Hospital.

Goulburn was succeeded by Richard Glass at the hospital’s AGM in late November after serving a five-year-term.

Speaking at the AGM, Goulburn acknowledged his 94-year-old father Michael for being a role model to him and revealed that Rochelle, who passed away from pancreatic cancer in 2014, had encouraged him to run for the presidency.

“Rochelle supported me throughout my over 40-year involvement in the community, firstly with Maccabi, then Moriah and now with Wolper,” he said.

“Her words to me in the last few months of her life when I was thinking of putting my hand up for the presidency were ‘not only should you do it, you must do it. You are the right person to take Wolper to even greater heights, please do it for me.’

“I sincerely hope that I have achieved what she asked me to do.”

Goulburn added that it had been “an absolute privilege” to serve in the role and acknowledged the “outstanding support” he had received while at the helm.

He also extended “a very special and sincere thank you” to his successor, Richard Glass.

Glass, who has been associated with Wolper for over 15 years and served under four presidents, said he was honoured to be elected president “of such an iconic organisation”.

“Wolper is an organisation of which our community should be very proud and I am committed to ensuring that Wolper continues to evolve, prosper and maintain its well-earned place in the hearts and minds of our community,” he said.

He said he was looking forward to working closely with the hospital’s “absolutely outstanding” management team, its board, medical practitioners and the broader community.

Glass acknowledged his mother 90-year-old mother, Valda, who was present, and paid tribute to his late father, Dr Julian Glass.

“Dad was a physician and surgeon, who held a number of hospital teaching roles as well as board positions for a number of community organisations. I am sure he would be pretty chuffed with me having an association with a hospital such as Wolper,” he said.

He added he was delighted that Goulburn will remain chair, for the next two years, of the Wolper Jewish Hospital Health Foundation, which has distributed over $884,000 to a range of health-related causes since its establishment in 2014.