The forming of Benjamin Netanyahu’s right-religious coalition government dominated discussions at the fifth global Jewish Media Summit in Israel, which I was fortunate to attend in December.

Held under the moniker “One Nation – One Destiny”, the gathering was an opportunity to meet representatives from Jewish media organisations from all over the world to share ideas and experiences, as well as to hear from Israeli politicians, government officials and others who comprise the tapestry of Israeli society.

What was particularly insightful was hearing participants’ diverse experiences of being Jewish in their home countries. It was fascinating hearing about their communities and what Jewish life is like.

As expected, antisemitism was high on the agenda and the many discussions on this issue made me realise how lucky we are in Australia. Although we are not immune from the scourge, it is a far more serious problem in places such as the United Kingdom, much of Europe, and even Canada, where advocating for Israel during the May 2021 war with Hamas resulted in one summit participant receiving death threats.

What was clear from the beginning was the vast diversity of opinion among the participants, including on the new Israeli government (We were there the week Netanyahu officially told President Issac Herzog he had the numbers). Many shared concerns about what it might mean for Israeli democracy and relations with the diaspora. Some posited that the incoming government should be judged on what it does rather than past statements by its members. Others expressed support for Netanyahu and the government. We didn’t all agree, but the debate was robust, respectful and enlightening. 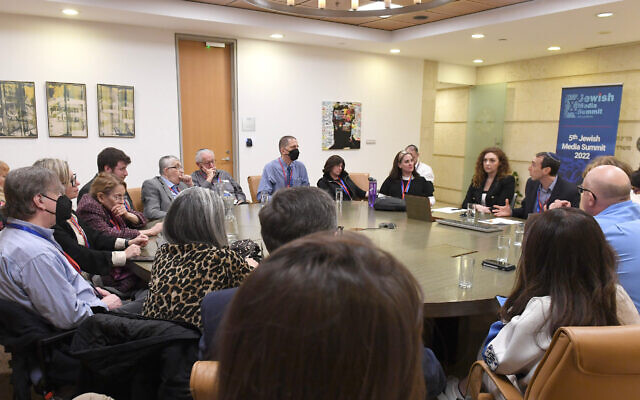 Attendees at a roundtable at the Israeli Ministry of Foreign Affairs. Photo: GPO

Being in Israel as the country endured a period of political limbo against the backdrop of the coalition negotiations, it was both interesting and heartening to see Israel’s vibrant society continuing on as normal.

It remains a remarkable country. The streets were packed with cars and pedestrians going about their daily business. Families frolicked on the beach during a bout of unseasonably warm weather; Tel Aviv’s famous bars were full. In Jerusalem, the Machane Yehuda shuk was bustling, while people of all faiths mingled in the plaza just beyond the Old City’s Jaffa Gate.

Everywhere I looked I saw construction as the Jewish State builds for the future. I also got a personal taste of the fruits of the Abraham Accords; flying through Abu Dhabi, over Saudi Arabia to get to Ben Gurion Airport, was a novel experience all in itself.

Summit participants witnessed a poignant example of how Israel is helping Jews in need around the world. During the opening night gala event, Julia Rabenko and her son Kirill, who fled to Israel from the central Ukranian city of Cherkasy with just one bag amid the Russian invasion, lit the menorah to welcome the second night of Chanukah. 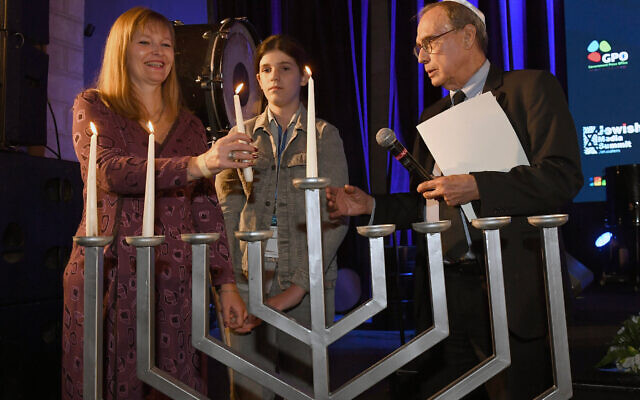 Julia Rabenko and her son Kirill, who fled Ukraine, lit the menorah to welcome in the second night of Chanukah. Looking on is former Diaspora Minister Nachman Shai. Photo: GPO

We also got a taste of Israel’s security challenges, touring the south where 60,000 Israelis in the Gaza envelope (a seven-kilometre radius around the strip) live under the constant threat of Hamas and Palestinian Islamic Jihad rockets.

At the Tze’elim army base, we saw a purpose-built, full-scale model Gaza town where Israeli Defence Forces officers train for urban combat (and where scenes have been filmed for the television show Fauda) and walked through a replica Hamas tunnel.

Brigadier General Bentzi Gruber, who has served in six wars, told the group he fights each one every night in his sleep.

“When you come home from the field, you bring everything back with you,” he explained. “It will be on your shoulders and in your soul for the rest of your life.” 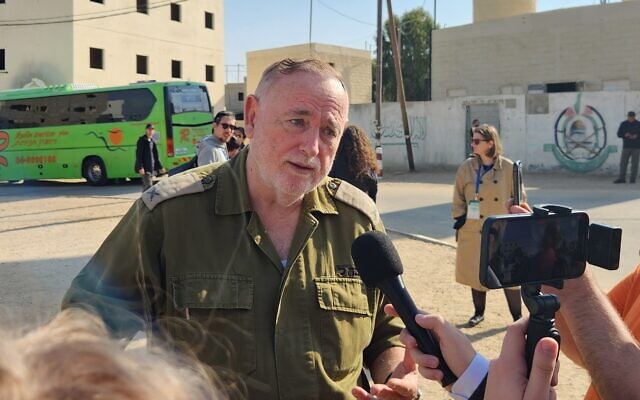 Just two kilometres from the Gaza border, we visited Kibbutz Nirim. There we heard from longtime resident Adele Raemer, who has lived through all of Israel’s recent Hamas conflicts except 2008-09’s Operation Cast Lead; she also maintains contact with people in Gaza.

“The people of Gaza are not my enemy – Hamas is my enemy,” she said.

It was sobering to stand in the very spot where two Nirim residents were killed by a Hamas mortar in 2014. As we walked through the kibbutz, I saw several children at play. Some looked to be around the same age as my own son and I thought how lucky he is, here in Australia, to never have to worry about what these children will inevitably endure, perhaps repeatedly.

But Israel’s challenges are also within. Despite its remarkable story, it is not without its divisions – secular versus religious, right-wing versus left. 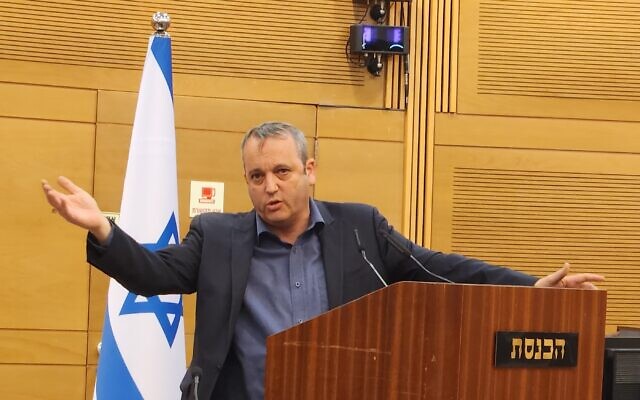 This was illustrated during a visit to the Knesset, where the group heard from representatives of four different Israeli political parties. All gave different points of view which was expected. But Agudat Israel representative Yitzhak Pindrus refused to even enter the room until the previous speaker, Labor MK Gilad Kariv – who is an ordained reform rabbi – had left.

Much of the debate around the new Israeli government has centred on potential divisions it could create with the diaspora. But indeed, despite the deep affinity many of us around the world have with the Jewish state, some divisions between Israeli and world Jewry already exist.

Summing up our differences, then Minister for Diaspora Affairs Nachman Shai illustrated in his summit opening speech that the solidarity we feel with Israel is not necessarily reciprocated. 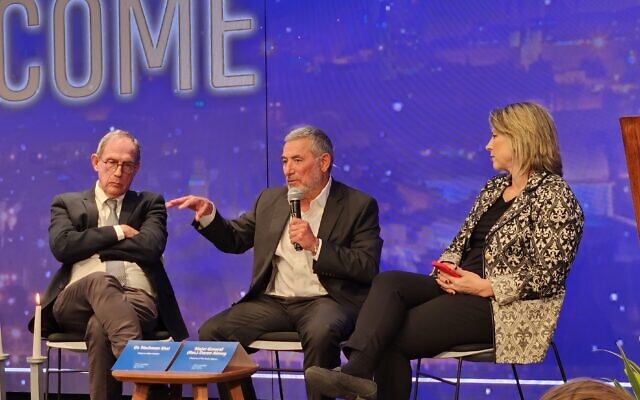 With much of the three-and-a-half days focusing on Israel-diaspora relations – including a panel discussion featuring Shai and newly-appointed Jewish Agency chairman Doron Almog – hopefully this summit was a start at trying to address some of those differences so that we can all come together, connect and advocate effectively and truthfully on Israel’s behalf through the challenging times ahead.

An amazing, diverse, flawed miracle, democratic Israel remains the homeland of the Jewish people and it is up to all of us to keep telling her story.

I know I returned home with a renewed inspiration and impetus to play my part in doing so.

Gareth Narunsky is the national editor of The AJN. The Jewish Media Summit was hosted by the Israeli Government Press Office with the Ministries of Foreign and Diaspora Affairs.