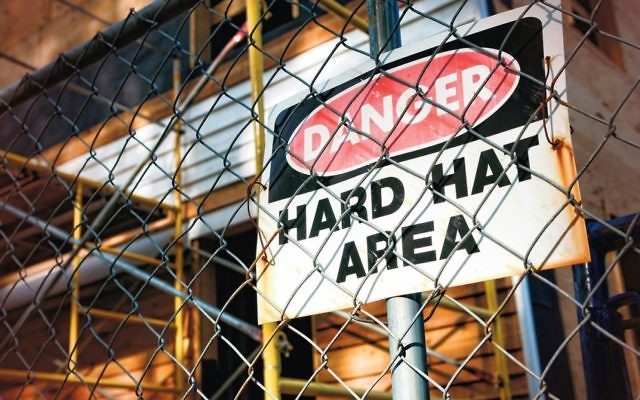 I manage a $38 million Australian equity fund. It was great last year, the market was up 12 per cent and we were up 23 per cent. In the funds management game that would have put us in the top 25 long-only funds in Australia.

We began to think that we had a process that would work in perpetuity. But it didn’t last long.

Suddenly this year, thanks to the correction that started at the beginning of October, we have ended up at the other end of the performance league table. This is the story of why we outperformed, why we have underperformed, and what we are going to buy when the market turns again – which it will.

The biggest theme we got right last year was believing in a bull market.

This was – and always is – the most important call because it changes everything. Last year there were a lot of reasons to sell, not least of which was the predictable commentary that when any market or share price goes up a lot, it must come down. But it doesn’t have to.

If you are scared by a share-price rise you have got it all wrong.

We need to fear market falls not rises, and last year the game was to ignore all the finger-wagging holier-than-thou smart alecs and ride the wave until it ended.

Guessing the top is for publicity seekers who have no predictive ability. Their game is not to get it right; their game is to attract attention with their high-profile, if reckless, fortune telling. We are not smart enough to predict the top either, so we simply took the view that while we cannot predict it; when it happens – thanks to our intense daily vigilance – we would react then but not before. We ran with the bulls. So, what stocks did we buy?

In a bull market, stock selection looks after itself. Growth stocks rule when the market is going up. Easy profit allows us all to turn a blind eye to a high price-earnings ratio (P/E) or a lack of profit. When the tide was running, the large growth stocks like Cochlear, CSL, Treasury Wine Estates, Aristocrat Leisure, Macquarie, Computershare and the ASX – all stocks that we held – went almost parabolic.

We iced that cake with holdings in smaller stocks like Afterpay, which grew so fast that at one point we had 8 per cent of the fund in that one stock (we have less than 2 per cent now). As they say in the stock market, “You only need one good idea a year and it’s a good year.” We had 15, it was hard to put a foot wrong. We made money out of Praemium, HUB24, Xero, NextDC, Bingo, BidEnergy, ARB and a string of others.

Risky stuff. But to control it we “pyramided” into stocks slowly, especially in small stocks.

If we like an idea we buy a 1 per cent holding and if it keeps going up we buy another 1 per cent and so on until we get to 5 per cent. It’s safer. We come out a lot faster when it goes wrong.

Our only regret last year was not holding overweight positions in BHP and Rio Tinto. We had neutral holdings but if you analysed every top-performing mainstream fund last year most of them did it by being overweight resources. The resources sector was up 35.86 per cent. 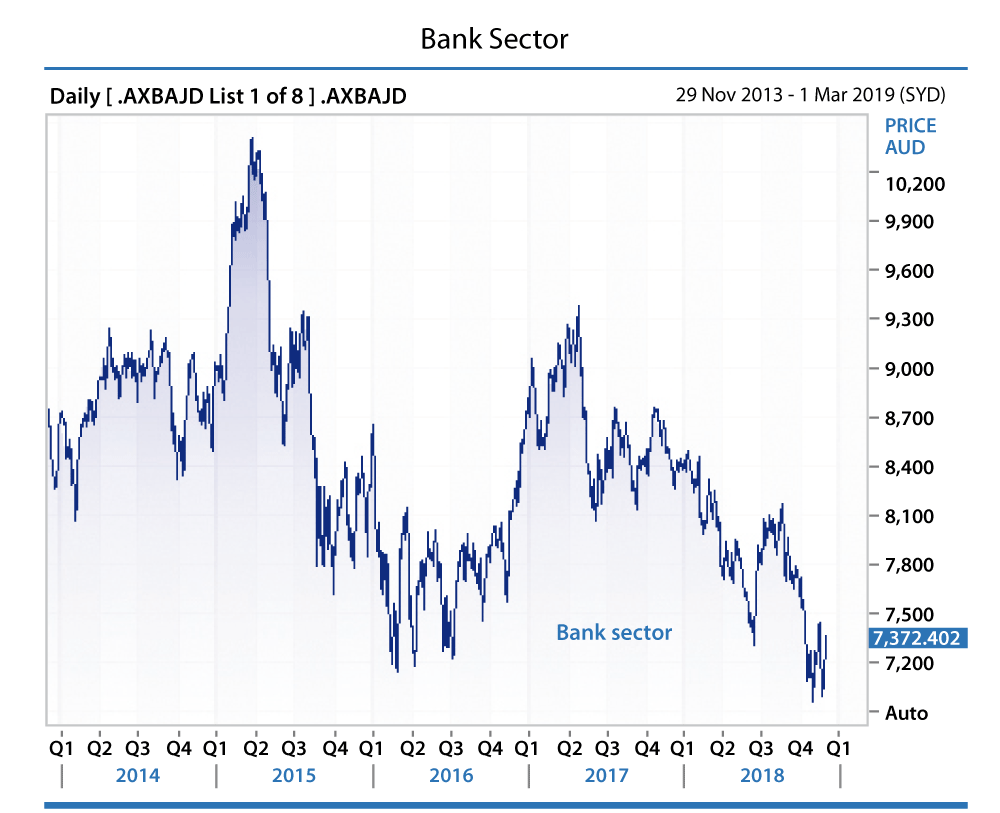 Know what can destroy you

But outperforming the market doesn’t stop with stock picking; it’s just as important to avoid the stocks that can destroy you, to focus on the other end of the performance list.

Last financial year the top 20 stocks in the ASX 200 averaged plus 109.6 per cent. The bottom 20 stocks averaged minus 22.2 per cent. As a fund manager – especially one judged on performance relative to an index – you have to put time into avoiding the bottom end of the market.

Last financial year you had to avoid the banks which fell 6.7 per cent, and you simply had to avoid Telstra and AMP. We didn’t hold either thank goodness.

Telstra fell 38.5 per cent and was the worst-performing stock in the ASX 200; and AMP fell 31.4 per cent, the fourth worst-performing stock in the ASX 200. We didn’t hold them because we pay attention to share-price trends. Fundamental analysis has its limits. At times the technical trend, the sentiment, is far more important. Avoiding Telstra and AMP was easy, all you had to do was pay attention to trend. If you had invested simply on the fundamentals, both stocks were cheap all the way down.

So that was last year, the year of the growth stock, the year of giving companies with no earnings the benefit of the doubt. It was a year when bravery paid off and caution didn’t.

This financial year started in the same vein as the last one ended. In the first six weeks, our fund had outperformed the market by another 6 per cent. Our glorious growth-stock focus continued to separate us from the mediocre, no-value-add, big funds that have little to offer other than their skinny fees.

They say that the market falls three times faster than it rises – and in the past three months it certainly has. We have been pummelled.

There is a list of reasons why the market suddenly fell, the most obvious being a repricing of the US technology sector.

Apple for instance is down 17 per cent from its year high. The herd turned on a new theme dubbed “peak growth”. The idea is that the world is fast becoming saturated with mobile devices, and that the peak in mobile device sales growth is behind us. Three Chinese companies own 25 per cent of the global mobile-device market and their devices are half the price of Apple’s.

It’s like the personal computer. We all needed a new one every year to keep up with the development in technology. But no longer. You simply don’t need the new mobile device and you don’t need to pay premium prices for Apple when a competitor’s product is half the price. Why else do you think Apple recently launched the cheaper iPhone XR at the same time as the XS? They know that price consciousness is coming.

And if mobile-device numbers are peaking, so is the growth of all the other US technology companies that have piggybacked the mobile-device proliferation. Facebook, Snapchat, Twitter. They are all in the hands of a product that is quickly becoming an everyday commodity rather than a high-priced luxury.

Yes, we have the end of quantitative easing; the prospect of rising interest rates; Brexit upsetting Europe; the Chinese economy running into the buffers; and Trump and a trade war that threatens global growth assumptions. But these are slow-burn issues that have been around for months if not years. It was something else that surprised us in the past three months – and the US technology deflation is central to the sell-off.

Fears of another subprime mortgage debacle cratering the balance sheets of the world’s biggest investment banks are misplaced. Having fallen over 10 per cent, and with growth stocks globally down 15 per cent to 20 per cent without any obvious fundamental issue, it is hard to imagine a more significant drop being likely.

The way we handled the sell-off was to run up our cash levels.

Meanwhile the growth stocks and the smaller growth stocks in particular; the high P/E stocks; and the benefit-of-the-doubt stocks all got sold-off hard. It was even worse among the concept stocks, the stocks with no earnings, the stocks with P/Es of infinity, the bandwagon stocks that have no obvious fundamental value but which have been given the benefit of the doubt. They were destroyed. Afterpay for instance has dropped 39 per cent in the past three months (as at November 28, 2018).

When it takes three times as long to build confidence as it does to lose it, you just have to sell because it will take a lot longer to get back to the stratosphere than it does to come back to earth.

We were focused on growth and have paid the price. But we have not lost faith in growth.

If you look at the stocks that outperformed in the past three months, it has been a victory for mediocrity.

You will see in the performance figures at the end of December that all the no-value-add industry and super funds will be making a fuss about how they have outperformed. A sharp market sell-off makes even the most disengaged fund manager look clever. But only the most patient and unambitious of investors would have held the REITs and infrastructure stocks which have defied the sell-off. We would not buy them in a market correction. It is pointless buying stocks so you lose money more slowly.

As we start to anticipate a buying opportunity we have started to warm to the banks. The banks have started to find a base. We are coming to the end of the royal commission hearings; the forecast yields are at the very highest end of their historic range; and if the forecasts are going to be hit they are undoubtedly cheap. The sector share-price trend has improved. On a short-term chart, the NAB has even triggered a technical buy signal – it’s been a long time. When the market improves, we will go neutrally weighted for the first time in a while.

Meanwhile resources have turned sour. They have been supported by buyback announcements from BHP and Rio Tinto which prevent people from selling. Buybacks aside, the Chinese economy is going nowhere, the iron ore price finally looks like cracking, and the oil price is down 33 per cent from top to bottom. Earnings forecasts are not going up this year. Even if the market bounces, I’m not sure they are stocks we will get back into.

At the moment we believe there is nothing seismically wrong and are waking up each morning wondering when to buy rather than whether to sell. We will be buying the market again when it starts going up – but we have to wait for that sentiment change before diving in. You never make money swimming against the tide.

What we’re going to buy

And those are just the big stocks.

We will start with them. They will rush back. It’ll take quite a bounce before we trust the smaller growth stocks, but we will inch in again as usual.

We know what to do when we pull the trigger. We await the day. It is coming.

Marcus Padley is the author of the daily stock market newsletter Marcus Today. You can read more insights at marcustoday.com.au