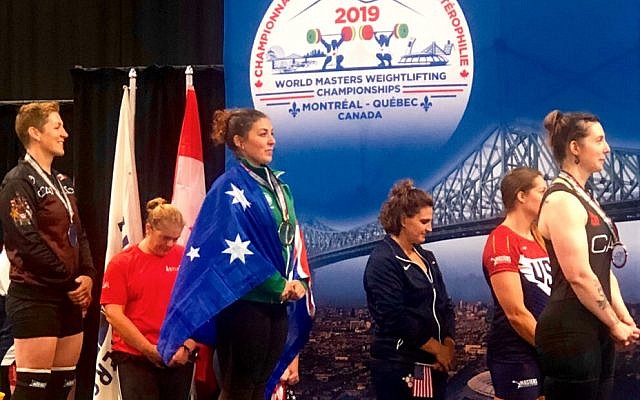 Australia's Leora Yates at the medal ceremony at the 2019 World Masters Weightlifting Championships.

The 43-year-old Melburnian won gold for Australia in the women’s 40-45age/81kg body weight division by lifting 75kg in the snatch and 91kg in the clean and jerk.

Yates finished on 166 points, eight points ahead of runner-up Cathy Hambly and 37 points in front of Hannah Gray, both representing Canada.

Her preparation could not have been more different than for last year’s worlds, but not out of choice.

A shoulder dislocation injury suffered only a few months ago initially put her world championships campaign in doubt.

“The injury meant my training was very different in the lead-up, and I had only starting snatching again a few weeks before the competition,” Yates told The AJN on Monday.

“I had not hit any heavy lifts until I was in Montreal, and even then it was not super heavy. I knew I was capable of lifting, it was just whether my shoulder would hold out.

“The day of the event was very emotional as I did not have my normal coach with me, but I knew what I had to do, and my support team worked well together.”

Yates said the key to winning her second straight title was identifying which target weight range to aim for, and then going for it with a clear mind.

“This competition was not about breaking any world records, or hitting huge numbers – it was about winning,” she said.

“We knew what the competition could hit, and we made sure I went heavier in the snatch to put me at a 5kg advantage for the clean and jerk.

“As in any competition, you are never relaxed until all the lifts are over, but once I hit that second clean and jerk attempt, I knew I had won. I was stoked, because I went to defend my title, and I did exactly that.” 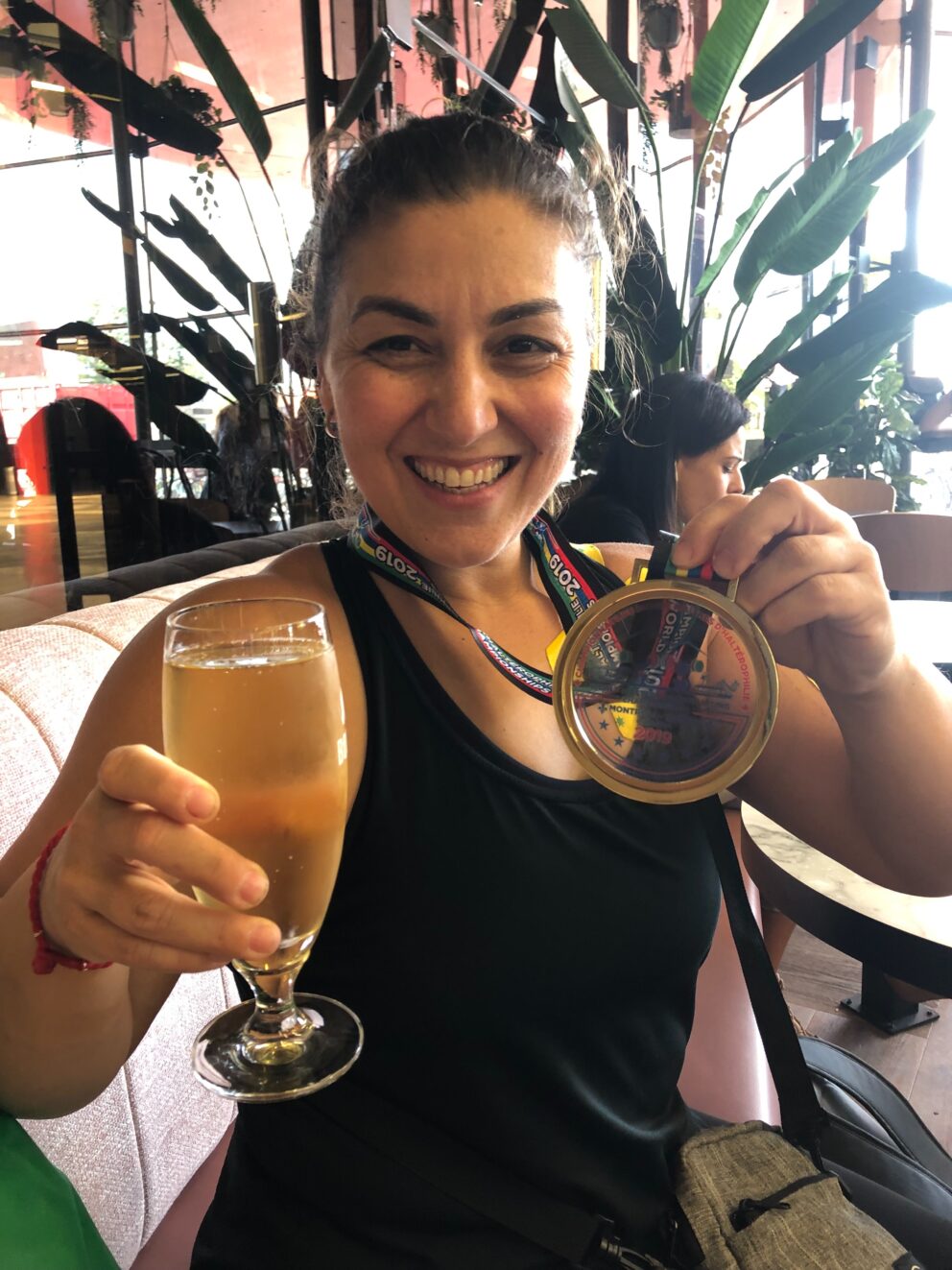