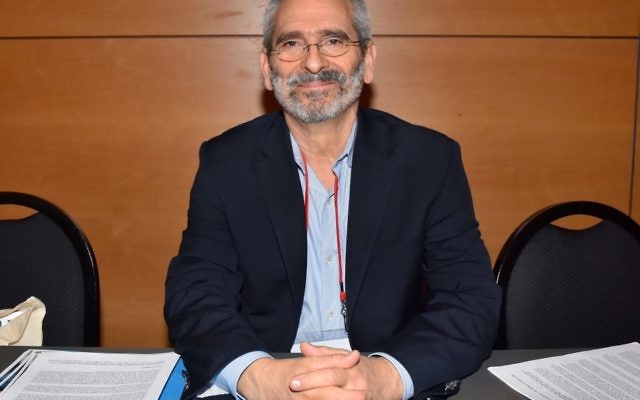 Rabbi Steve Greenberg spoke at Limmud-Oz in Sydney on June 10.

“I AM attracted to both men and women. What do I do?” Steve Greenberg asked Israeli Charedi Rabbi Yosef Eliashiv when he was studying at yeshivah. He was expecting the traditional halachic response – that homosexuality is banned in the Torah because same-sex relations are not reproductive.

Instead, to Rabbi Greenberg’s shock and delight, Rabbi Eliashuv replied, “My friend, you have twice the power of love. Use it carefully.”

Although homosexuality has long existed as a human behaviour, it has not existed as an identity, but this is changing. Rabbi Greenberg established Jewish LGBT support network Eshel in 2010, which recently conducted a survey of 60 Orthodox rabbis. When asked if they would welcome into their shule two men who had fallen in love with each other but wanted to continue being observant, 59 of the rabbis said yes.

According to Rabbi Greenberg, there are three types of Orthodox responses to the LGBT issue in the Jewish community. The “Charedi formalists” feel “deeply threatened by what is claimed to be ‘the homosexual agenda’,” Rabbi Greenberg said. “I need to take that fear seriously – what are they afraid of? It never pays to demonise or dehumanise your enemies. It pays to understand them.”

The second group, which Rabbi Greenberg dubs “conflicted traditionalism”, are attempting to address the issue, but do not understand that they are putting young LGBT people at risk. He cited an example in the US where a shule welcomed gay people into the community on one condition.

“If you’re single, your sex life is not happening in shule,” Rabbi Greenberg clarified. “When you come as a gay couple and expect to be socially dealt with as a couple, you are suddenly threatening the social order of things. That is the conflict.”

The third group, “Generous Orthodoxy”, is what Rabbi Greenberg calls the “exciting” group, willing to recognise that they are part of a conflict. “Our community is acknowledging for the first time that homosexuality may be part of a human condition,” Rabbi Greenberg said.

Rabbi Greenberg’s personal advice to any young observant gay Jew is: “You find someone to love, and keep the other 612 mitzvot.”

Rabbi Greenberg is speaking at Yom Limmud this Sunday in Melbourne. His talks are at 12.15pm and 4.15pm.