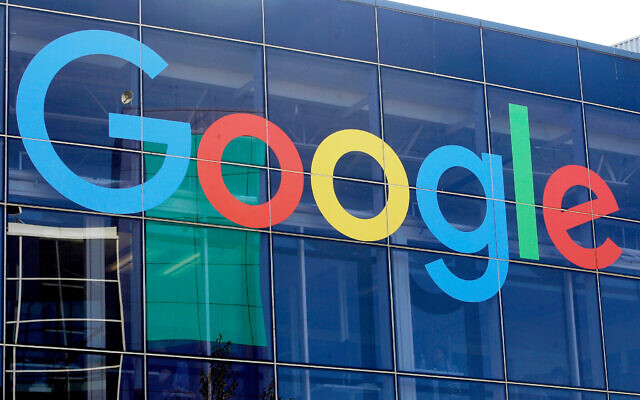 TECH giant Google announced a new US$25 million initiative on Sunday that would fund skills development programs over the next five years for members of underrepresented communities in Israel to help give them a leg up into the country’s celebrated high-tech sector. These communities include ultra-Orthodox and Arab professionals, women and those who live outside Israel’s central areas, also called the geographic “periphery.”

Google said it will announce a separate initiative for the Palestinian tech sector later this week.

Israel’s Arab community makes up around 20 per cent of the country’s population but accounts for just around 3.5 per cent of workers in the technology sector, according to Tsofen, an organisation that promotes tech activity in Arab cities and the integration of Arab-Israeli citizens into tech firms. Ultra-Orthodox workers in tech make up less than 3 per cent, while the overall share of women in high-tech is roughly 28 per cent, according to the latest available figures. (Women tech founders account for about 10 per cent of all founders in the tech sector).

Israel’s high-tech industry is made up of about 350,000, roughly 10 per cent of the total workforce.

The government has been trying to address a chronic talent shortage in the sector in recent years, as well as a lack of diversity, by promoting various programs and initiatives aimed at integrating members of underrepresented communities into the industry.

There is also a glaring element of inequality and widening socioeconomic gaps. Average monthly wages in Israel for salaried employees stood at about NIS 11,667 (US$3,710) in December, while the average salary in the tech sector was about NIS 26,242 (US$8,344). Last week, the visiting head of the Organisation of Economic Co-operation and Development (OECD) described Israel’s structural challenges as linked to a “two-speed economy” and said the country needed “to bridge the socioeconomic gaps to foster economic performance.” 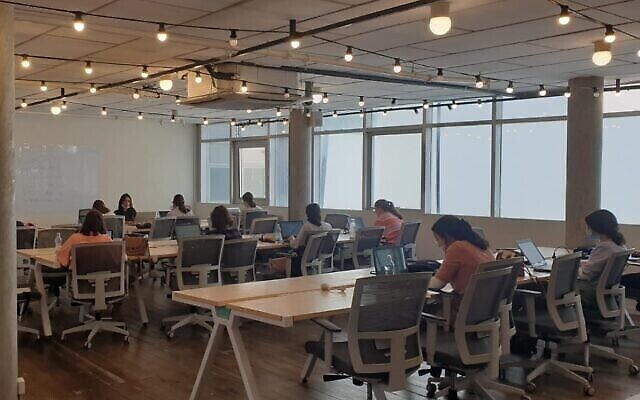 Illustrative: Haredi young women who are part of the Adva program that aims to train them with skills for the high-tech sector (Courtesy)

The Google initiative, according to the announcement, aims to “address these challenges by offering high-tech skills programs for adults and teens, to help diversify the workforce of the ‘Startup Nation.’”

The initiative hopes to support the government plan to increase the share of high-tech employees to 15 per cent by 2025, and will plug into its existing programs and partnerships that “equip underrepresented groups with the skills and tools needed to succeed in tech.” These include the Adva project, a two-year computer science training program for ultra-Orthodox seminary girls that is run in partnership with Scale-Up Velocity, as well as a separate program to integrate final-year Arab engineering students into high-tech with Tsofen.

Google told The Times of Israel through a representative that a decision on the precise allocation of the US$25 million has yet to be made.

Google indicated in the statement that in 2021 it trained more than 30,000 people from diverse backgrounds across Israel in digital skills, though it provided no further details and did not answer a question asking for more information.

“At Google, we believe that to have sustainable economic growth, you must have inclusive growth,” said Ruth Porat, Alphabet and Google Chief Financial Officer, in the statement Sunday. “By providing members of underrepresented groups with a path into tech, we hope to help create a more diverse workforce and increase opportunities for a broader group of people.” 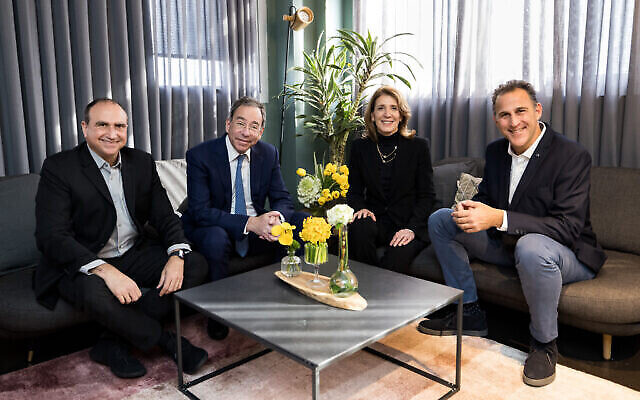 Porat arrived in Israel on Saturday for a series of meetings with policymakers, Israeli and Palestinian entrepreneurs and business leaders, and Google employees. On Sunday, she sat down with women and Arab entrepreneurs and investors to discuss various challenges members of underrepresented communities face in integrating into the high-tech industry. She was accompanied by US Ambassador to Israel Thomas Nides, according to the announcement.

Nides said that his first meeting as envoy to Israel was with Arab business leaders for a discussion about access to economic opportunities.

“Diversity is a source of strength for the Startup Nation, and that’s why I enthusiastically support this initiative that invests in underrepresented communities,” said the ambassador.

On Sunday evening, Porat attended a female empowerment workshop hosted by Michal Herzog, the spouse of Israeli President Isaac Herzog, at the President’s Residence in Jerusalem. 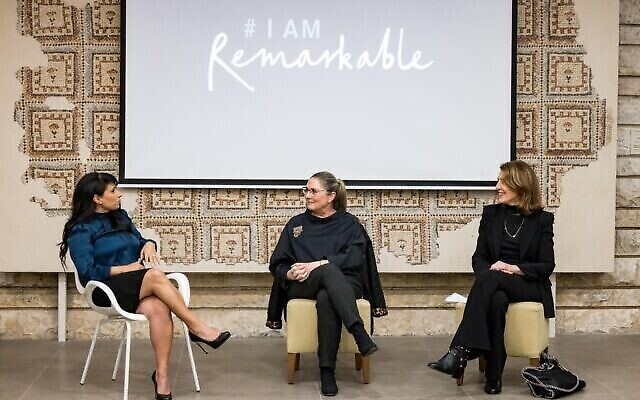 Herzog held the event with 20 Jewish and Arab female students. The 90-minute workshop, #IAmRemarkable, is a global Google initiative to empower women and other underrepresented groups to openly talk about and celebrate their achievements in their professional and personal lives.