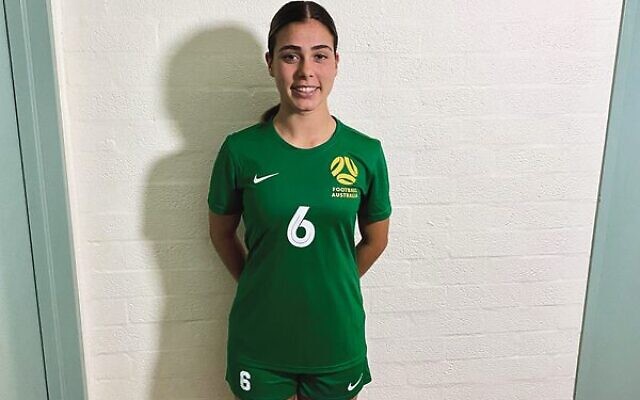 From her start in football as a Maccabi-Hakoah junior – followed by stints with Sydney Uni, North Shore Mariners, Football NSW Institute’s (FNSWI) NSW Youth League teams, and 2021 NSW All-Schools selection – Erin Gordon has risen to every new challenge up the rep football ranks.

It was her second stint with that squad, having attended an earlier one at the Australian Institute of Sport in Canberra.

“They were incredible experiences to play and train with the top coaches, and about 25 of the best U17 girls’ players from all the states,” Gordon told The AJN.

“Going forward, there will be more games and camps for the squad, and they’re hoping, from those, to pick a team to play in international tours in the next year or so.

“I’d love to be part of that, so I won’t stop working hard.”

Gordon made her NPL NSW women’s firsts debut on April 18 in a 0-1 loss to Blacktown Spartans, played in FNSWI’s 0-0 round 2 draw with Manly United on April 28, and in a narrow 1-2 round 3 loss on May 1 against the first-placed Macarthur Rams, featuring Japanese striker Miku Sonaga.

She is also part of her team’s leadership group, being one of three co-captains.

“Playing in the women’s NPL has been a big step up in both intensity and physicality, and I’m really enjoying it,” she said.

“You have to be flexible and adaptable, especially at this level, and you get to train 4-5 times per week before each match.” 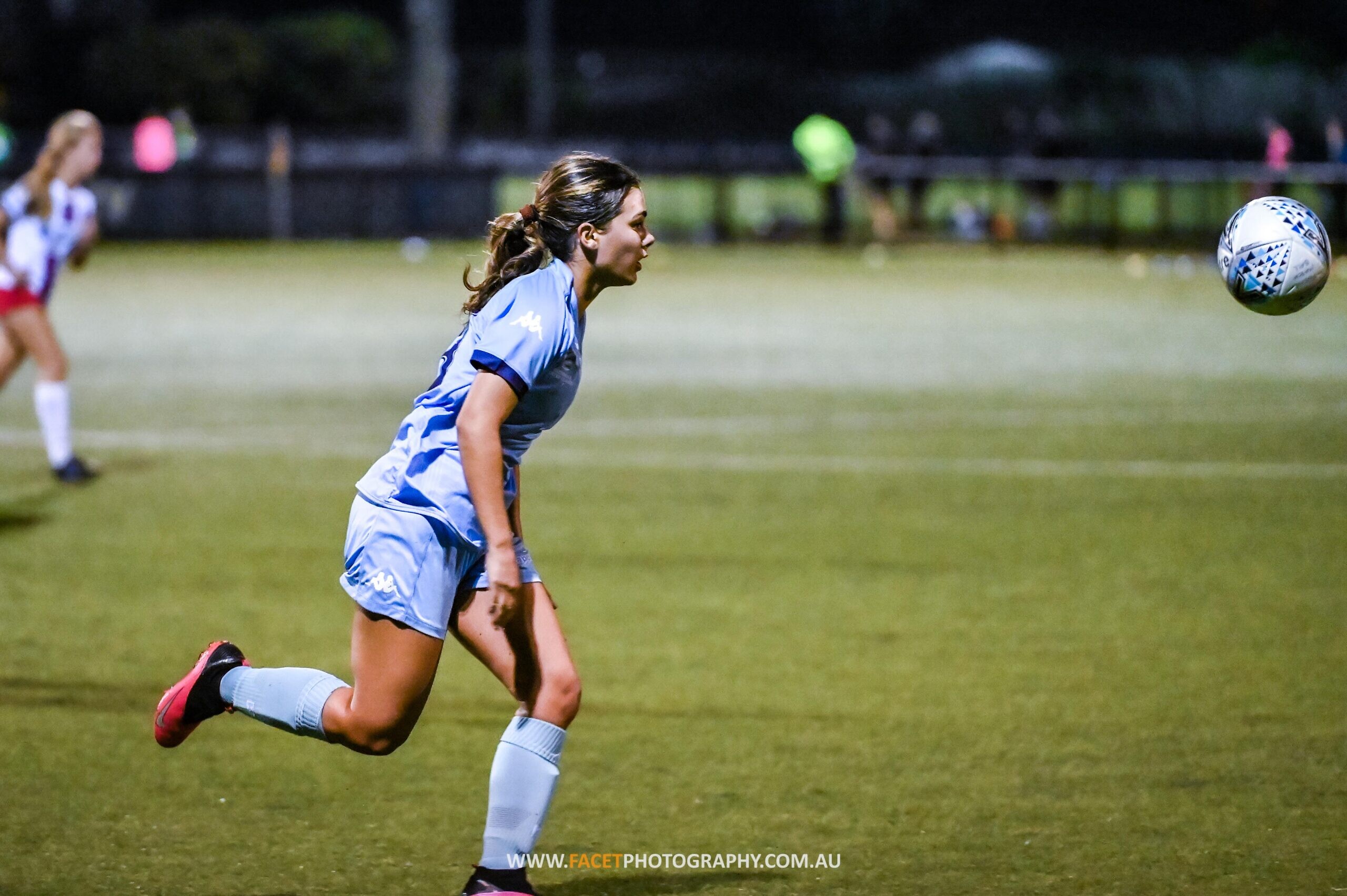 In the A-League Men, central defender Jacob Muir – who turned 20 on May 3 – played well in his fourth consecutive A-League Men’s match for injury-stricken Perth Glory in their impressive 1-1 draw at home on Saturday, April 30 against the Western Sydney Wanderers.

Broadcast live on Channel 10, and played in front of 7000 fans, Muir got to mark the Wanderers’ Israeli striker Tomer Hemed, who came on in the 62nd minute.

“Playing against Tomer was a great experience for me,” Muir told The AJN.

“He’s had a lot of experience at the top level, so marking him was different to what I have faced before.
“He has great movement off the ball, so I had to be switched on, and aware of where he was at all times.

“He is a smart player, so I definitely learned a few things playing against him.”

Then, a day after Muir’s birthday, he played his fifth-straight full A-League game, when the Glory hosted first-placed Melbourne City . . . and beat them 2-0 in a massive upset, to finish off Perth’s season on the highest of notes.

Sapsford scored one goal, and set up two others, in the Sky Blues’ stunning 6-1 win on May 1 over Sydney United 58, propelling them into first place.