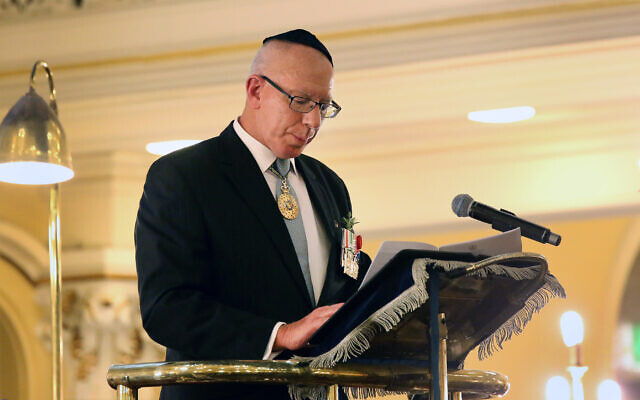 AUSTRALIA’S Governor-General David Hurley and his wife Linda will visit Israel early next year to mark the 75th anniversary of the liberation of Auschwitz.

The couple will join dozens of world leaders, including Russian President Vladimir Putin and French President Emmanuel Macron, in Jerusalem on January 22-23 for the Fifth World Holocaust Forum.

General Hurley told The AJN he and his wife are “proud to represent Australia” at the forum, which will be held at Yad Vashem.

“It is a historic and incredibly important occasion – for the remaining survivors and descendants, for Jewish people the world over and for all of humanity,” Hurley told The AJN.

“It is an opportunity to reflect, to remember and to re-commit to ensuring such atrocities are never again committed.

“As Elie Wiesel said in 1995 at the time of the 50th anniversary of the liberation: ‘For the sake of our children, we must remember Birkenau, so that it does not become their future.'”

Hurley and his wife have visited Israel previously while the Governor-General was serving in the Australian Defence Force, including once in 2008 to attend the opening of the Australian Soldier Park in Beersheba.

Israeli President Reuven Rivlin, who will host a state dinner for the visiting dignitaries on January 22, said the event will see world leaders “come to Jerusalem to discuss how we can fight antisemitism”.

“We will come together to think about how to pass on Holocaust remembrance to generations who will live in a world without survivors, and what steps we must take to ensure the safety and security of Jews all around the world,” Rivlin said.