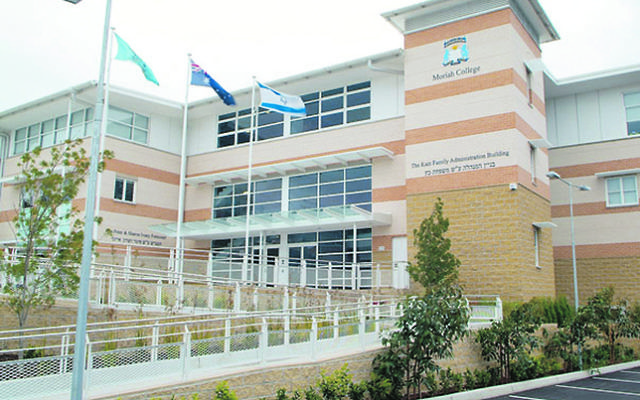 A MORIAH College graduate is outraged that he can’t send his own kids to the school because he married someone whose mother converted to Judaism through the Emanuel Synagogue.

“I’m disappointed that Jewish students are excluded from having a Jewish education, by the school like this,” the father told The AJN this week.

In a statement to the community on Monday, when announcing the appointment of a new principal, the school stated it was “built on the vision that every Jewish child should have access to both an excellent general and a comprehensive Jewish education”.

But when the father met with members of the board last week, and challenged them to say that his family wasn’t Jewish, they couldn’t answer.

The father told The AJN he understands the school position, but he fundamentally disagrees and believes they have lost touch with the views of the Sydney Jewish community.

“The school should be taking the lead in a situation like this in setting an example for the ­community to show everyone how all the denominations of Judaism can be united.”

Michael Goldberg, who was Moriah College school captain in 2004, said that any reasonable member of the community would think that the boy is Jewish, and that because of the decision he is reconsidering sending his own children to the school.

“I was 100 per cent keen to send our children there, but now I have to question that,” Goldberg said.

“I have a child in preschool next year and they are enrolled in year K, but we are now going to look at other options.”

Goldberg said that the school can maintain its Orthodox ethos while still having students who may not be considered halachically Jewish by the Sydney Beth Din, which according to Moriah’s rules of enrolment can determine if a student is Jewish.

“If this was Cranbrook or Scots that was denying someone a spot in the school because of their religion the community would be outraged, but somehow Moriah manages to escape culpability.

Moriah’s board did not respond to questions from The AJN.