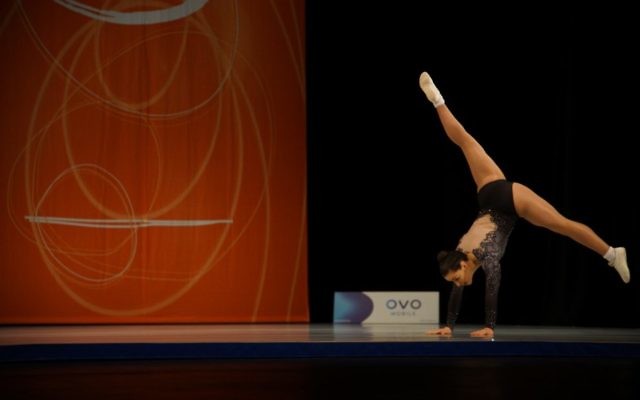 Deborah Greenbaum in action at the 2017 Asian Aerobic Gymnastic Championships.

Gold at this level came as a welcome surprise for the 20-year-old University of Sydney student, having narrowly missed out on a couple of top place finishes earlier this year due to making few, but ultimately costly, errors.

In Osaka, she faultlessly implemented her routines and held any nerves at bay to execute a powerhouse performance that included highly technical moves.

In recognition of the impressive standard she reached, Greenbaum was granted the award for adult MVP [Most Valuable Performer].

Greenbaum also took part in the tournament’s other event, a Japanese form of endurance aerobic gymnastics where gymnasts perform a fixed routine for more than half an hour on the floor at the same time, surrounded by a team of judges who award points not only for executed moves, but also for fitness and stamina.

While missing a podium finish in that discipline, she said it was very enjoyable to give it a go.

“It was an amazing experience”, Greenbaum said,” [because] it is so different from the strict, regimented competitions elsewhere.
“There was a great spirit and comradeship, encouraging the athletes to keep going.”

The gold medal tops off a successful year for the PLC Gymnastics Club member, who juggles her time between studying, and training and competing, in both aerobic and artistic gymnastics.

In artistic gymnastics, she came eighth at the Australian Championships in the women’s level 10 category, and represented Canada at the 2017 Maccabiah Games in Israel.

Greenbaum will now focus on preparing for a series of selection trials for world cup aerobic gymnastics events in Asia and Europe throughout 2018, plus qualification for the world championships in Portugal in June. 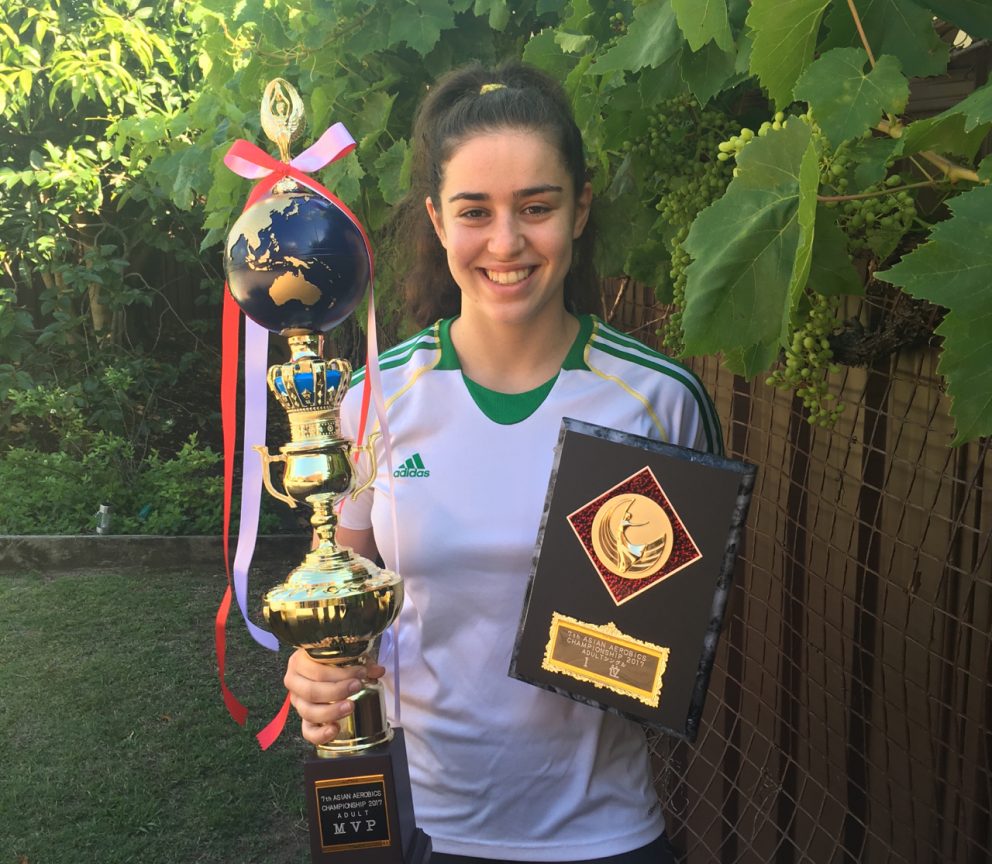