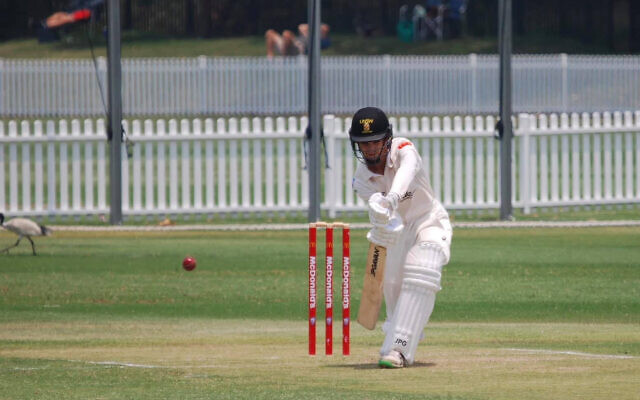 IN the ultimate gap year for a young cricketer on the rise,

The former Maccabi junior was last week recruited as an overseas signing for the 2022 English summer by Cowdrey Cricket Club, which is based in Tonbridge, and fields two teams in the Kent county competition.

He will head there in April, straight after completing another full season of NSW Premier Cricket for the University of NSW (UNSW) Bees, which starts this Saturday.

Just as well the talented right-hand batsman and medium pace bowler comes from a cricket mad family, and loves the sport to bits.

His uncle Chad was Cowdrey’s first overseas-based signing back in 2004 and 2005, and another uncle, Todd, is a former first grade cricketer and currently the chief executive of the Australian Cricketers’ Association. 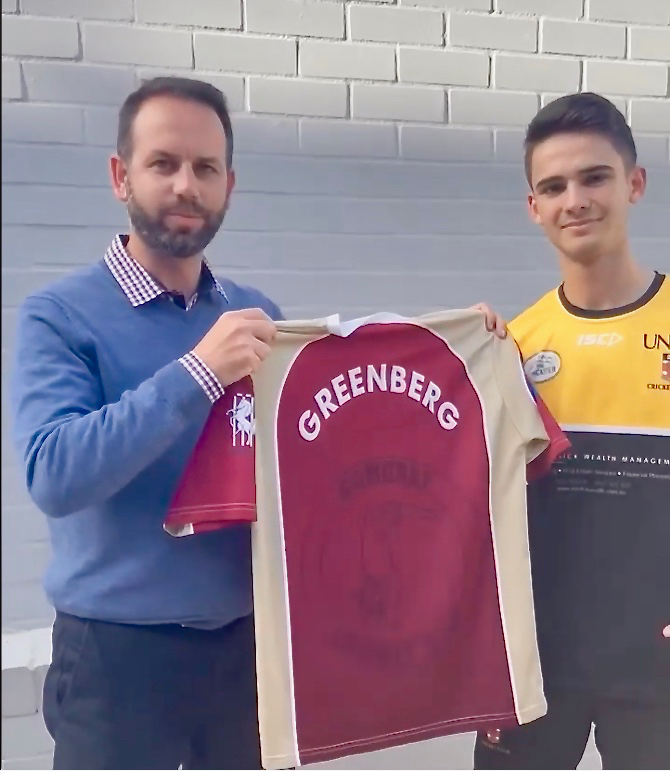 Jake Greenberg (right) being presented with a Cowdrey playing shirt by his uncle Chad, who played for the English club 16 years ago.

“I’m so excited at this opportunity to play for Cowdrey, because playing cricket in England – with its different pitches, ball and conditions – is going to be a fantastic experience,” Greenberg told The AJN.

“But for me, it will be equally exciting to be living independently, and in another country, for the first time.

“I’ll have a very busy schedule, as first I’m playing for UNSW in second grade and in the U21 Poidevin-Gray Shield, before training and playing for six months for Cowdrey, and I’ll also do some junior coaching there.

“But I just love cricket, so the more I can play, the better.”

The former Maccabi junior and 2020 Emanuel School graduate will be taking his second year of studying commerce at Macquarie University off to focus on his cricket.

In a nice touch, his uncle Chad gave him his original ‘Greenberg’ Cowdrey playing shirt, and shared his memories of playing with former teammates such as Stuart Clark and Glen Warner.

“My uncle couldn’t speak highly enough of Cowdrey, and said it offers a proper English experience – on and off the pitch,” said Greenberg.

“I’ve already been in Zoom calls with people at the club, and I’m looking forward to playing as much cricket as I can there, in weekend 50-over games, and in the mid-week T20 comp played under lights.”

Since making his fourth grade debut for UNSW in 2016, Greenberg has improved each year against older and more experienced players.

In 2019, he scored 68 not out in a record Poidevin-Gray Shield partnership of 201 with Jack Attenborough, and last summer he played 22 grade and shield matches, scoring 320 runs, and taking 14 wickets.

Greenberg will start this season for UNSW in good form, having scored 70 runs in a recent pre-

“I’ll still be chipping in with bowling, but I’ve put a lot of work into my batting, and I’ll bat higher up in the order this summer.” 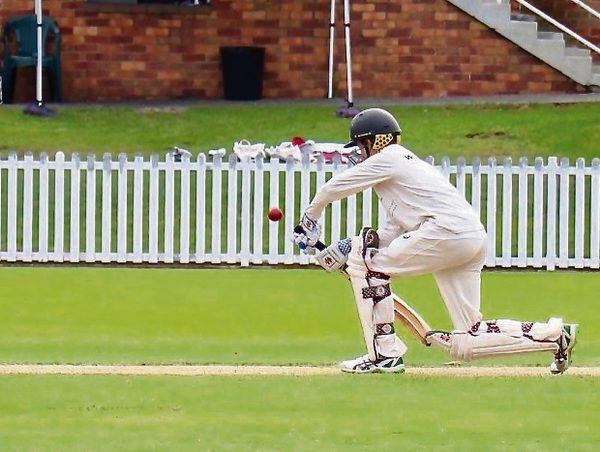 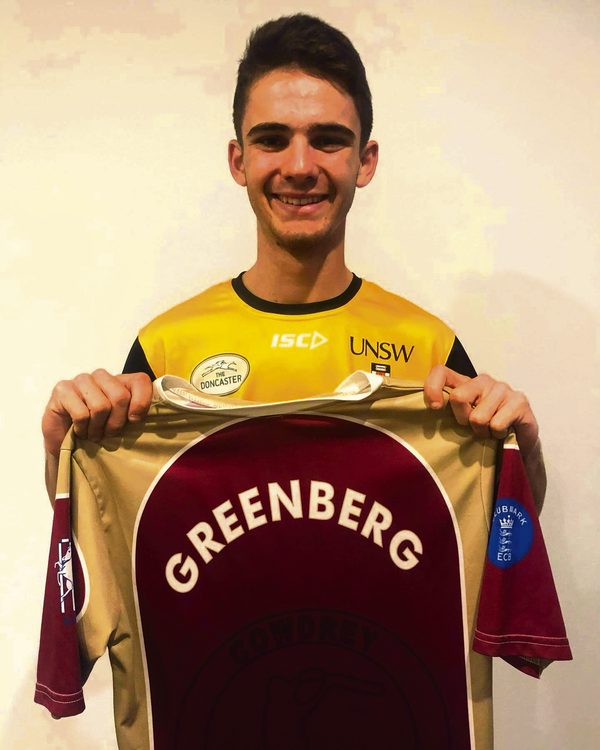