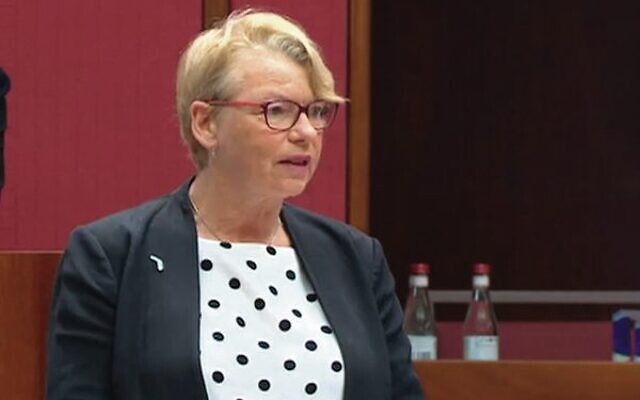 COMMENTS from Greens politicians that could be construed as antisemitic “cannot be airbrushed from history through a misconceived statement” according to the Australia/Israel & Jewish Affairs Council (AIJAC).

In a statement released last week, the Greens expressed reservations over the government’s adoption of the International Holocaust Remembrance Alliance’s (IHRA) antisemitism definition.

“Antisemitism is a scourge and must be combatted vigorously. With a worrying local and global rise in far-right extremist politics and neo-Nazi activity, the urgency of this fight has rarely been greater,” the Greens said.

“However Kenneth Stern, one of the co-authors of the definition, has since stated that the ‘weaponisation’ of the definition has been used to silence critics of the Israeli government. The Greens share the concerns of human rights groups and Israeli and Jewish organisations that have warned against the consequences of codifying the definition.”

Calling the IHRA definition “controversial even within the Jewish community”, citing opposition from the New Israel Fund (NIF) and the Australian Jewish Democratic Society, the Greens said they have “consistently called for an institutional and societal response to all forms of racism, including antisemitism, through the establishment and funding of a national anti-racism strategy and a coordinated plan to tackle far-right extremism in all its forms”.

Stating, “It is unfortunate that the Greens have sought to politicise antisemitism in their statement,” AIJAC executive director Colin Rubenstein said the party’s misplaced “concern” over the definition’s adoption “shows a lack of appreciation that [it] has broad, emphatic support across the Australian Jewish community, regardless of political affiliation, and has been widely adopted in fellow Western democracies”.

“Moreover, the Greens’ statement shows a fundamental misunderstanding of that definition – saying it could be used to silence Israel’s critics,” he added, also noting that their “singling out of far-right extremism as the only source of antisemitism is also highly problematic”.

Rubenstein cited occasions when actions by Greens politicians themselves – including statements denying Jewish self-determination, casting into doubt the right of Israel to exist or posting images recalling antisemitic tropes – had raised concerns about antisemitism.

“These cannot be airbrushed from history through a misconceived statement,” he said.

The AJN asked Greens multiculturalism spokesperson Senator Janet Rice how the party could claim the “definition is controversial even within the Jewish community” when it is supported by all representative roof bodies and an overwhelming majority of the community.

Noting opposition to the definition from groups such as J Street and NIF, she responded, “A wide group of experts on antisemitism around the world have expressed concerns about how the definition may be weaponised in order to further particular political agendas and questioned how useful the pursuit of adoption of the definition can be in combating antisemitism.”

The AJN also asked why their statement ignores left-wing antisemitism, and how the IHRA definition could be used to silence criticism of Israel when it clearly states “criticism of Israel similar to that levelled against any other country cannot be regarded as antisemitic”.

Her response did not address those questions.