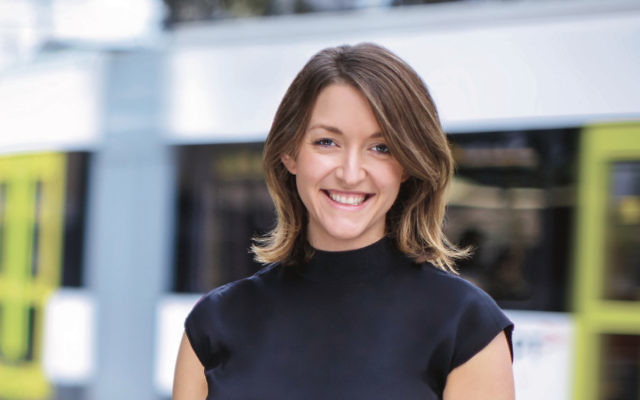 JEWISH leaders have expressed their disgust at a gibe by a Greens staffer working for Macnamara candidate Steph Hodgins-May that deaths in Gaza were Israeli “genocide”.

David Jeffery, who works on Hodgins-May’s election campaign, made the comment in Facebook posts last year under hashtags “#F..kFacism” and “#NoPrideInGenocide”.

With the now-deleted posts surfacing again, Hodgins-May said she would arrange for Jeffery to meet people in Macnamara’s Jewish community “to better learn why the language was harmful”, but did not accede to calls to remove him from her campaign.

Jeffery told The Australian he was “wrong to use a word like genocide … to describe the actions of the Israeli government, although I strongly oppose its conduct”.

Stating the comments “can serve to incite hatred”, Executive Council of Australian Jewry co-CEO Alex Ryvchin tweeted that they “betray a complete contempt for the sovereign rights of the Jewish people and an ignorance of fact and history”.

Zionist Federation of Australia president Jeremy Leibler said Jeffery’s comments “are deeply concerning to the Jewish community in Australia”, particularly in light of Hodgins-May’s withdrawal from a candidates’ debate during the 2016 federal election co-hosted by The AJN after learning Zionism Victoria was a co-host.

He described the staffer’s views as “an obsession within the Greens that disproportionately attributes blame to the only democracy in the Middle East while remaining silent in relation to acts of terrorism by Hamas and the Palestinian Authority”.

Australia/Israel & Jewish Affairs Council executive director Colin Rubenstein said, “Because they do not attract the same media scrutiny as other parties, Greens supporters get away with promoting bigoted, ignorant and offensive views at times. Unfortunately, Jeffery is only the tip of the iceberg when it comes to the Israel-hatred spouted by Greens’ supporters.

“Prominent Greens candidates and members of Parliament have refused contact with Jewish organisations on account of their ‘Zionism’, they have backed boycotts against Israel, they have refused to acknowledge Israel is a Jewish state, and they continue to attack the major parties for expressing their support of Israel in the international community,” Rubenstein noted.