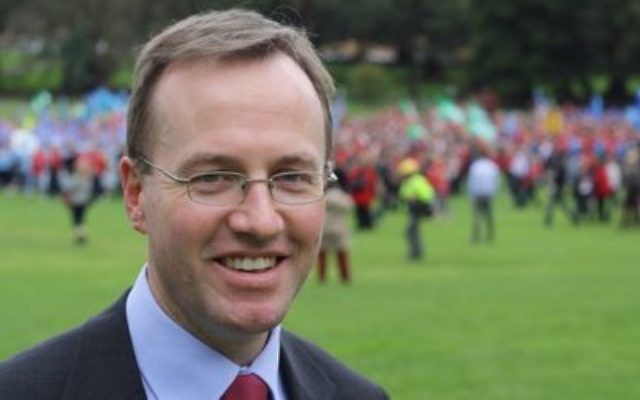 COMMUNAL leaders have slammed a NSW Greens-backed campaign to build a ship to break Israel’s naval blockade of Gaza as ignoring the reality of life under the brutality of the Hamas regime.

A Sydney Harbour cruise that took place last Thursday to raise funds for the Gaza’s Ark project was advertised on the websites of both the member of the Legislative Council (MLC) David Shoebridge and the NSW Greens.

Shoebridge is co-convenor of the NSW Parliamentary Friends of Palestine.

The blurb on Shoebridge’s website blames a “desperate economic situation” in Gaza on Israeli security measures, ignoring a 2011 United Nations finding that its naval blockade is legal.

“The goal is to challenge the ongoing, illegal Israeli blockade and focus worldwide attention on Gaza and the complicity of the governments that support it or look the other way.”

Zionist Council of NSW honorary life president Ron Weiser said the campaign had “nothing to do with improving the situation of the Palestinians in Gaza whose lives are trampled on by their own Hamas leadership”.

NSW Jewish Board of Deputies CEO Vic Alhadeff said “the reality which Mr Shoebridge and his colleagues mischievously ignore is that all people of goodwill support the citizens of Gaza in their aspirations for a better life”.

“The problem is that they suffer under the brutal Hamas regime, which wages war on Israel, diverts much-needed resources to its terrorism campaign, and impedes economic growth,” he said.

“As for the naval blockade of Gaza, a UN inquiry of international legal experts … concluded that Israel is fully within its rights to impose it in order to prevent the import of weapons which will be turned against it.”

Shoebridge maintained to The AJN that the blockade was illegal.

“The Palmer report has been criticised for lacking humanitarian considerations and its comments on the legality of Israel’s blockade were categorically rejected by a panel of independent UN rights experts reporting to the UN Human Rights Council in 2011,” he said.