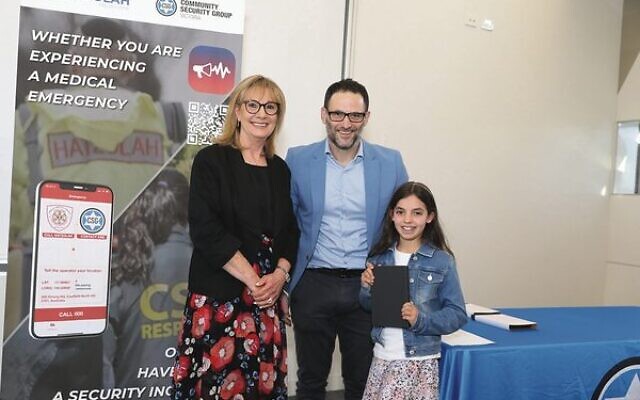 From left: Yvonne Sher, Justin Kagan and Paloma Schwartz-Moyano from Carnegie Primary School who was nominated by UJEB.

Sher was serving with the Special Operations Task Group when he was killed by a rocket attack in Uruzgan province, in January, 2009.

Thirty-year-old Sher was from the Sydney-based 1st Commando Regiment.

CEO of CSG Justin Kagan said in his address, “I never met Greg but over the years have heard so much about him.

“Everyone you talk to about Greg speaks about his humility, his integrity and sense of responsibility of giving back to the community, asking for nothing back in return.”

A photo of Sher is displayed in the CSG headquarters, as he himself was a CSG volunteer.

“He was a much loved, respected and valued member of the CSG. He represented all we stand for as an organisation,” Kagan added.

The award is for students in recognition of their contribution to the community and/or their school.

There were over 150 people in attendance, including proud parents, bubbas and zaidas, cousins, aunties and uncles.

During the award ceremony Keith Wolahan shared his personal account of serving with Sher and the importance of the award created in his name. 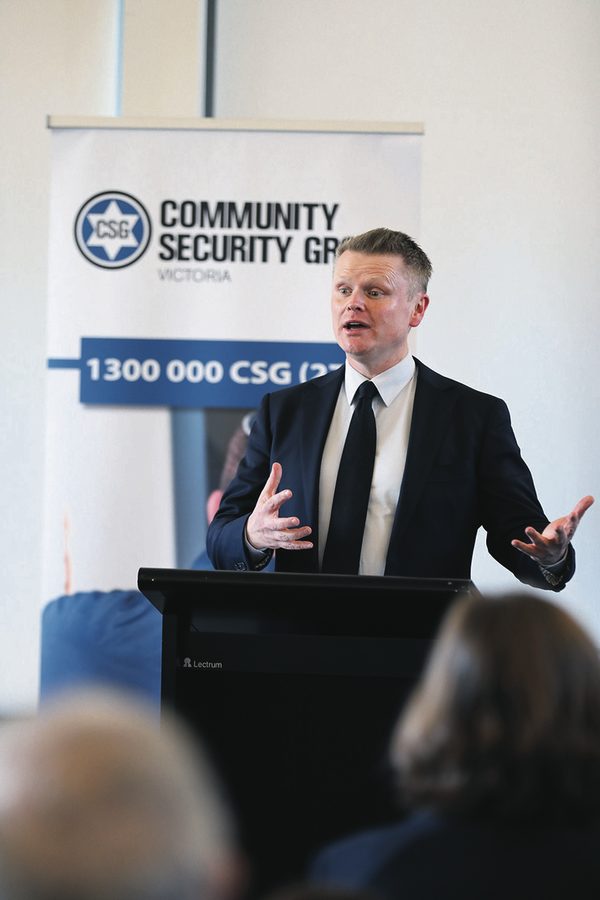 Keith Wolahan speaking to the audience.

The winners were voted for by their respective schools.

One winner, Eli Schneier, a year 11 student at Yeshivah attended the award ceremony with his parents.

“The evening was short, sweet and meaningful and really gave the recipients a sense of all they had to live up to,” said Schneier’s parents, Yael and Menchi.

“It was really lovely and we wanted to thank you on behalf of our family. May Greg’s memory be for a blessing.”

Sher’s parents Yvonne and Felix were at the event, with Yvonne presenting the awards to the winners.

“Winners of the Greg Sher Memorial Award are individuals who can be described as those constantly striving for self-improvement,” they said.

“The Sher family can express our family’s pride in our beloved Greg, his achievements and what he stood for as a devoted committed Jew and loyal citizen of Australia.

“And it is with pride that we congratulate the award winners on their achievements, who have been inspired by, and who followed in Greg’s inspirational legacy.”