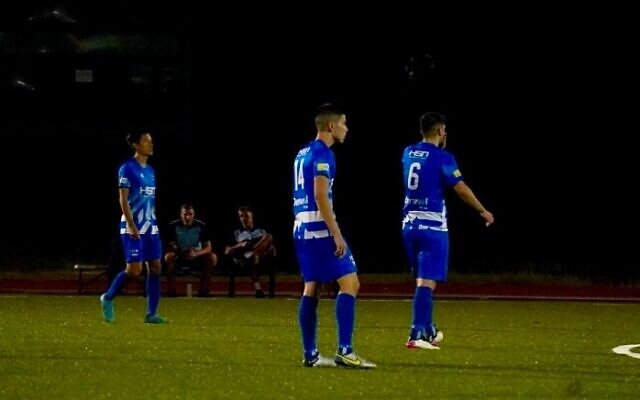 The beauty of the Australia Cup knockout competition is every men’s amateur football club around the country has the chance to participate, test themselves against higher-ranked and even professional teams, and cause the occasional major upset.

And there was certainly a beautiful moment in the Australia Cup for Hakoah Sydney City East FC earlier this week.

The NSW State League One club had breezed through the first four Australia Cup NSW preliminary rounds, but in round 5 on May 17 at Hensley Field, they hosted the Marconi Stallions – who play in the top NSW National Premier League (NPL).

Hakoah FC were missing 5 players from their usual starting side, due to injuries, COVID, and one player suspension.

But that didn’t faze them either.

The men in blue and white held on to win 4-3 in a penalty shootout thriller, after scores were tied at 2-2 at the end of regular and extra time.

And there to watch it all from the grandstand was Israeli striker and A-League Men’s star Tomer Hemed, who was very impressed.

Among Hakoah’s Jewish players that took part, experienced defender Ryan Blumberg started the game as usual, youngster Ben Fuchs was promoted from the reserves bench to the starting team, and Ben’s brother Josh – who plays in the U20s squad – came on in the 73rd minute.

Down 1-2 in the second half, Hakoah then took the game to extra time when Mitch Knight scored for them.

Marconi dominated the first period of extra time but could not score, and the reverse happened in the second period, with Hakoah attacking at every opportunity, but with no reward.

Hakoah’s young guns shone in the penalty shootout, as did their subbed-on goalkeeper Pat Williams, who was in superb form throughout.

When Hakoah slotted in their final penalty shot that sailed into the top left corner of the goal, Hemed stood up in the stands and said “what a game!”

The Hakoah players’ post-game celebrations – in a huddle on the field, and later when singing the team song in full voice in the change room – were epic.

The draw for round 6 was held on May 20 for the remaining 16 NSW-based amateur clubs still alive in the Australia Cup.

Hakoah FC was drawn to host State League Two club Sydney University, on Tuesday, May 31, from 7:45pm at Hensley Field.

When only 4 NSW amateur clubs are left, 10 A-League Men’s clubs enter the tournament, and remaining amateur clubs from each state and territory will begin playing each other.

Speaking to The AJN after the game, Hakoah FC chairman Paul Heilig said he was very proud of the whole team, and particularly the talented teenagers from the U20s who got the opportunity to play in such a high stakes knockout match.

“It was time for them to step up, and boy, did they do it!” Heilig said.

“To edge a team like Marconi – an NPL1 club with a much bigger budget – was quite something.

“There were periods when we played some beautiful football, and at one point – when we came back to 2-2 – I had the feeling that the win would happen for us.

“The team celebration afterwards was amazing.”

Heilig added, it’s always been Hakoah FC’s “philosophy to provide opportunities for our younger players coming through to play in a match at this level”, and also to provide an environment for talented Jewish players to develop and thrive.

“This season we have 8 Jewish players in our men’s State League One men’s open and U20 squads – many of whom have come up through our NSW youth league teams.

“And we are on track to increase that to at least 12 next year.” 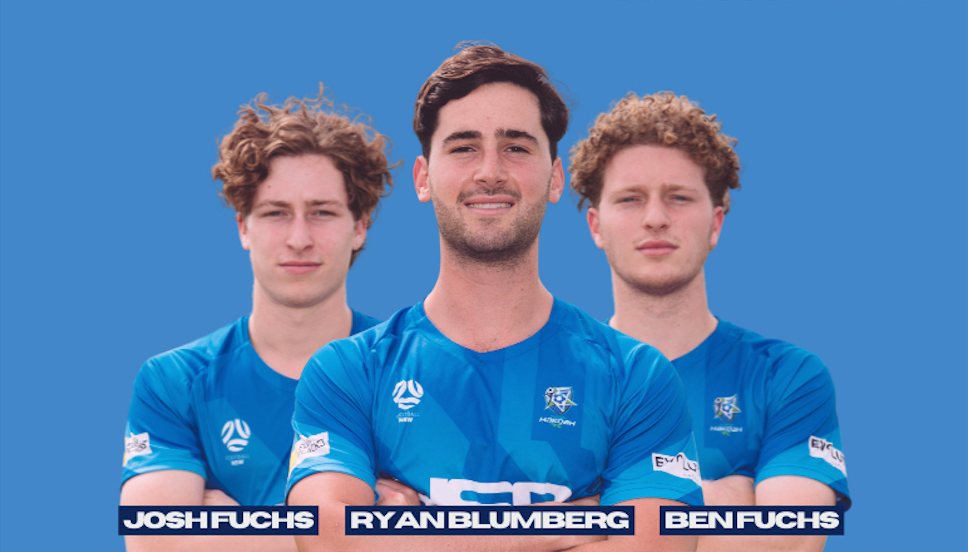