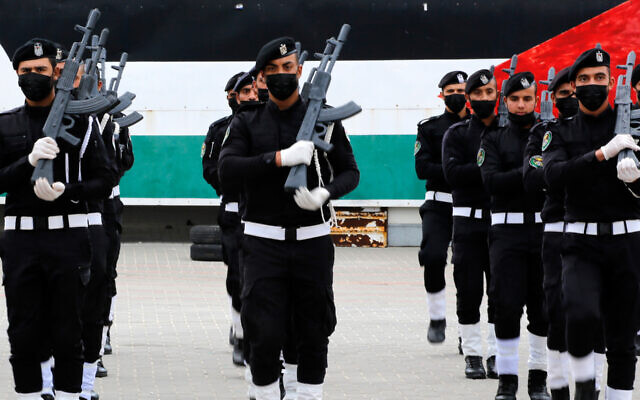 THE terrorist group Hamas will be proscribed in its entirety by the federal government.

In doing so, Australia joins nations including Israel, the United States and the United Kingdom in declaring the whole of Hamas, including its political wing, a terrorist organisation.

“There is no place in Australia for their hateful ideologies,” Home Affairs Minister Karen Andrews said.

“It is vital that our laws target not only terrorist acts and terrorists, but also the organisations that plan, finance and carry out these acts.”

Senator James Paterson, who chaired the Parliamentary Joint Committee on Intelligence and Security (PJCIS) that recommended the proscription, welcomed the announcement, saying, “The Morrison government cannot and will not turn a blind eye to the campaign of violent terror against innocent civilians which is so evidently organised, financed and authorised by Hamas’ leadership. “It also means that any Australian supporting Hamas could be committing a serious crime – a powerful deterrent to make Australia safer,” he said.

“I thank Minister Andrews for acting on the Committee’s advice and I commend the Morrison government’s response to the overwhelming evidence that all of Hamas is responsible for the atrocities committed by its paramilitary wing.”

Zionist Federation of Australia (ZFA) president Jeremy Leibler said by taking this decision, “the Minister has made clear Australia’s absolute rejection of hatred and terrorism”.

“There is absolutely no doubt that Hamas in its entirety meets the definition of terrorist organisation. Not only is this decision the right one in terms of Australian law, it also brings Australia into alignment with the UK, Canada, US and EU positions on Hamas,” he said.

“I commend the important and bipartisan work of the Intelligence and Security Committee, which recommended the Minister proscribe Hamas.”

ZFA director of public affairs Bren Carlill added, “The idea that Australia could artificially differentiate between different parts of Hamas never really passed the pub test. This decision rights a wrong, and what’s really important is that it was bipartisan.”

Commending the government and Andrews for the decision, Executive Council of Australian Jewry co-CEO Peter Wertheim thanked Senator Patterson and the PJCIS for recommending the ban.

“It is especially heartening that the Committee’s recommendation and the ensuing decision by the Minister were guided solely by the evidence, as highlighted in the written and oral submissions over the years made by the ECAJ,” he said.

“Hamas political leaders have overseen and participated directly in terrorist operations and activities.

“They have admitted in a variety of contexts that Hamas’s military wing is subordinate to the political leadership, and that assistance from the Iranian regime, aimed at expanding Hamas’s terrorist capacities, extends to the whole organisation.

“There was thus no justification for limiting the proscription of Hamas to its so-called ‘military wing’, as was formerly the case ”

“Hamas is active in our region, with long-standing operations in Malaysia and a recently foiled plot to kill Jews and Israelis in Philippines,” he continued.

“The Australian Government and the Australian Labor Opposition, which also supported this expanded listing, continues to act in a principled manner and in the interests of the security of all Australians against violent terrorists around the world.”

The ZFA joined the ECAJ and AIJAC last year in giving evidence to the PJCIS on the need to entirely ban Hamas.

The ban was also supported by ASIO director-general of security Mike Burgess.

It was also announced today that Hay’at Tahrir al-Sham, Hurras al-Din and the National Socialist Order have been listed as terrorist organisations, while Abu Sayyaf Group, al-Qa’ida, al-Qa’ida in the Lands of the Islamic Maghreb and Jemaah Islamiyah have be re-listed under the Criminal Code.

Commenting on the banning of the National Socialist Order, Rubenstein added, “We know that neo-Nazi and white supremacist groups are trying to recruit members among Australians protesting against COVID-19 public health measures. Any tools the Government has at its disposal to restrict the dangerous activity of these groups should be used.”