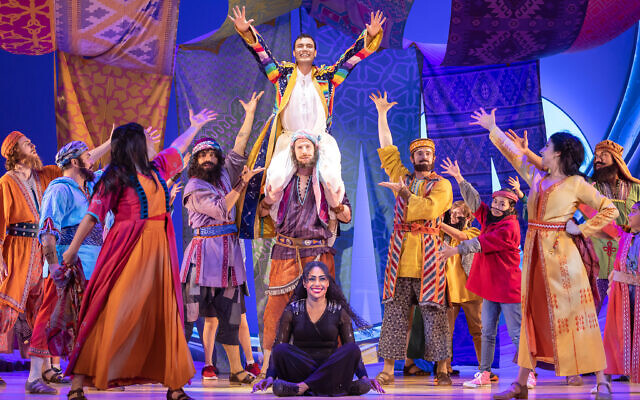 Fans of the musical Joseph and the Amazing Technicolor Dreamcoat have waited 30 years for this Andrew Lloyd Webber-Tim Rice hit to return to the Australian stage, with it premiering last week at Melbourne’s Regent Theatre.

In 1992 it was rising star Tina Arena in the pivotal role as the Narrator, while now it is Fijian-born singer Paulini who lights up the stage in this pacey production.

Her job is to relate the biblical story of how Joseph, the favourite among Jacob’s 12 sons, was sold into slavery by his jealous brothers after receiving an extravagant multicoloured coat from his father. Joseph ends up in Egypt, where his remarkable ability to interpret dreams sees him become Pharoah’s right-hand man.

Paulini, who has starred in shows including The Bodyguard, Saturday Night Fever and Hair the Musical, is joined in the spotlight by Euan Fistrovic Doidge as Joseph, who also gives a powerful performance as he draws on his experience in musicals such as A Chorus Line, Les Miserables and Priscilla Queen of the Desert.

As if Paulini does not have a big enough singing role as the Narrator, she fits in additional roles as Joseph’s father, a jailer and Potiphar’s amorous wife.

Parachuted into the Melbourne season as the Pharoah is former AFL footballer Shane Crawford, who many will remember for his entertaining dance routines on TV in The Footy Show’s grand final productions. However, on TV he danced and mimed but on Joseph there’s the challenge of singing alongside two powerful singers. 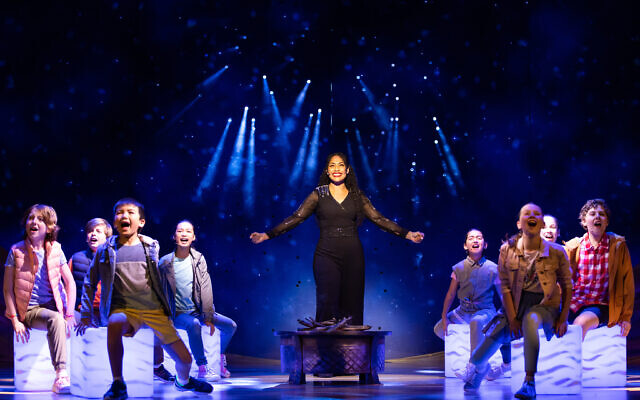 The Narrator (Paulini) and young members of the cast in the musical Joseph and the Amazing Technicolor Dreamcoat.

While Crawford brings humour to his scenes, including hamming it up in Elvis Presley style, his voice pales in comparison to the two lead performers.

Like many recent revivals of well-known musicals, producers have an eye on touring their productions and this means the sets in Joseph are minimalist instead of elaborate. Joseph started out as a school production for Lloyd Webber and Rice, and the endearing appeal of a student romp shines through in the gags.

The musical was given a new lease of life in 2019 by British producer Michael Harrison and director Laurence Connor on London’s West End, with additional humour and featuring a larger cast of children.

The real attraction is the songs – and energetic dance routines – such as Any Dream Will Do, Go Go Go Joseph, Close Every Door and One More Angel In Heaven.

A highlight is Those Canaan Days starring Joseph’s 11 brothers as they segue from French chanson into a full-blown Moulin Rouge style can-can.