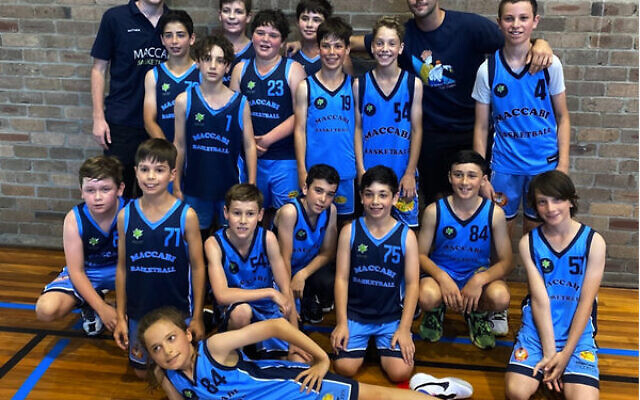 The U12 Maccabi Bucks and Maccabi Jets after their Easts Basketball League grand final.

In the EBL, the U12B decider was an all-Maccabi affair between the Bucks and the Jets, who both had an excellent season.

The Bucks held a slender lead in each quarter, and finished 7-point winners.

In the U10C grand final, the Maccabi Tigers lost 17-37 to minor premiers The Hornets.

Of those, the most impressive was a 47-17 victory to the Maccabi Bulls over Bronte Yellow, securing third place in the U12A boys’ division. 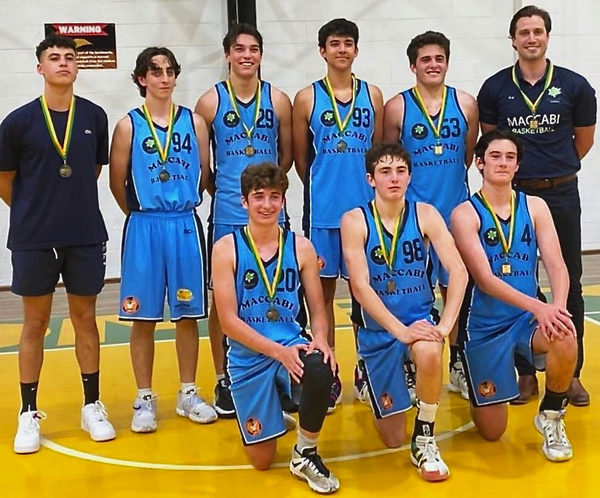 The U18 Maccabi Blazers wearing their premiership medals.

In the CSBA grand finals on December 18, the U18 Maccabi Blazers triumphed 63-62 in a thrilling match versus The Elites.

The Blazers’ squad – of Aidan Forman, Dillon and Ethan Kalish, Jonah Vaysbakh, Joshua Aronson, Noah Levy, and Daniel Newstadt – were trailing by a point with 30 seconds until the final buzzer.

In their final possession, playmaker Ethan Kalish passed to his brother, who nailed a mid-range jumpshot, and then desperate Maccabi defence prevented a last ditch shot attempt by The Elites.

In U12 Division 1, the Maccabi Warriors lost a gripping decider by 27-30 to Accelerate Navy, the Maccabi Cavaliers lost 16-30 to KHY Astronauts in U14 Division 3, and the Maccabi Heat were outclassed 19-37 by the Air Ballers.

Club president Brad Rosen said, “It was great to see our juniors have a great finish to the season, with multiple grand finalists, and plenty of momentum to take into 2022.” 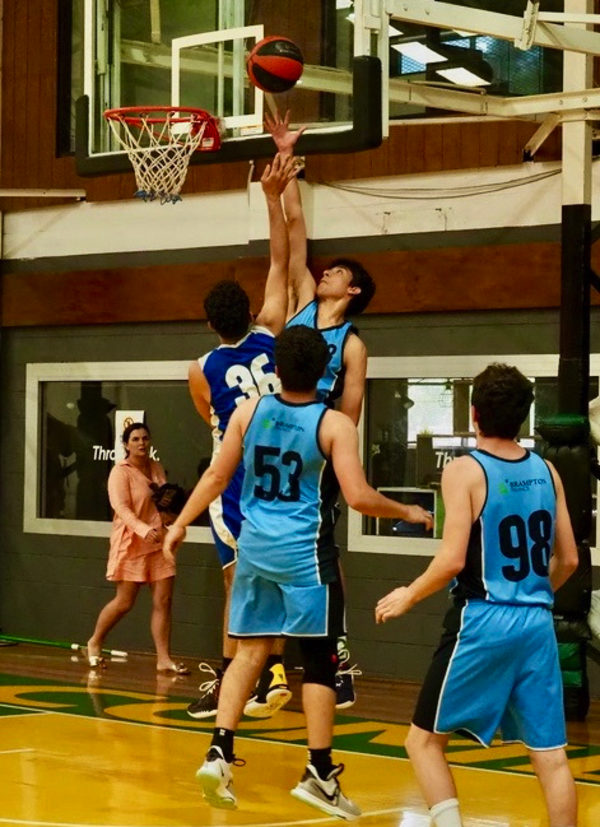 Action from the U18 boys’ City of Sydney decider won by Maccabi (light blue).