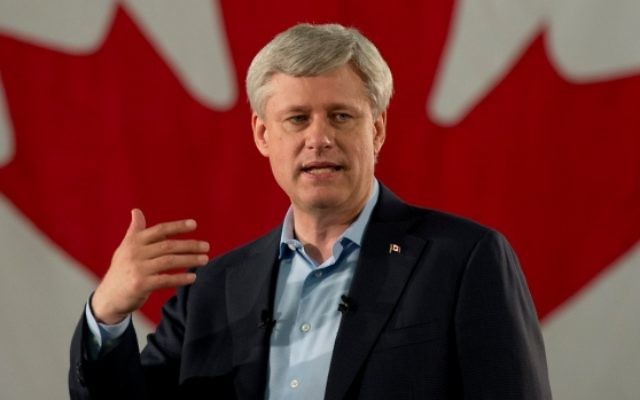 Stephen Harper is coming to Australia.

FORMER Canadian prime minister Stephen Harper said he doesn’t regret being a staunch supporter of Israel, despite the fact that it cost his country a seat on the United Nations Security Council in 2010.

“We inherited the United Nations Security Council campaign from the previous government,” Harper told The AJN, ahead of his trip to Australia next week.

By contrast, Australia weakened its support of Israel during the Rudd-Gillard era while it was vying for a seat on the Security Council, which it eventually won.

“Frankly, the Security Council is controlled by the five permanent members. There is no prize worth selling out the most important foreign policy positions of the government,” Harper said.

He called on other world leaders to also take strong stances in support of Israel.

“I do believe that were leaders to take the kind of stance we have taken, that they would find support for that kind of position grow.”

During that time he said Israel had a “right to defend itself” when the country was at war with Hezbollah in 2006.

He also said that “Israel is the only country in the Middle East which has long anchored itself in the ideals of freedom, democracy and the rule of law” in 2014.

Later that same year he defended Israel’s actions against Hamas because he said “it is evident that Hamas is deliberately using human shields to further terror in the region”.

“I am not just saying that,” Netanyahu assured Harper, “I mean it deeply from the bottom of my heart, and I am speaking for all of the people of Israel.”

Harper will be in Australia next week to speak at the Australia-Canada Economic Leadership Forum in Sydney and then to speak to United Israel Appeal audiences in Sydney, Melbourne and Perth.

For the full interview, see this week’s AJN.