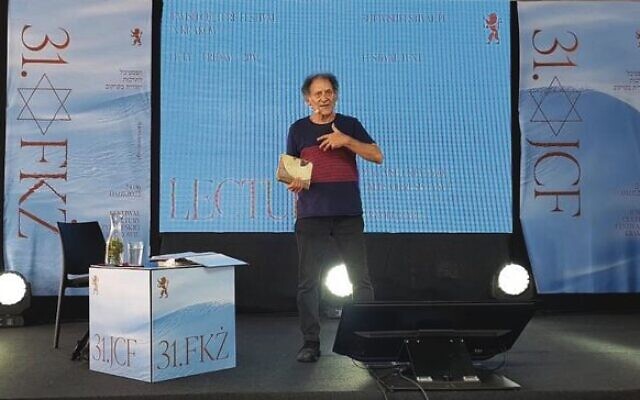 SIX Australians were among 11 participants in a study tour organised by New York’s YIVO Institute of Jewish Research to immerse themselves in the dramatic unfolding of Jewish history in Poland and Germany.

The Melbourne contingent included writer Arnold Zable, biochemist and science journalist Dr Elizabeth Finkel and her son Victor Finkel, and YIVO chief of staff Shelly Freeman, now based in New York. They joined American participants on the tour, which was led by Professor Samuel Kassow, a US historian of Ashkenazi Jewry.

Zable – the son of prewar Polish Jewish migrants, and chronicler of Jewish refugees in books such as Cafe Scheherazade, Scraps of Heaven and his memoir Jewels and Ashes – said, “Each of us had our personal affinities with the landscape and places we visited.”

Beginning at the Krakow Jewish Culture Festival, the group travelled to Czestochowa and Wroclaw, formerly Breslau, where it took in a performance at the White Stork Synagogue by Zable and cultural activist Bente Kahan.

The tour proceeded through Dresden to Berlin, where participants visited the Jewish Museum Berlin, designed by architect Daniel Libeskind, to Potsdam, and to Wannsee, where the infamous Final Solution conference was held.

Participants examined the role Jews played in Berlin’s cabaret and film scene in the 1920s and early 1930s, culminating in a performance at Berlin’s Komische Oper of a Yiddish musical revue directed by Australia’s Barrie Kosky, who they met before the show.

“On a personal note, to perform in the Krakow Jewish Cultural Festival, and in Wroclaw, with singer-songwriter Bente Kahan in the mikvah of the White Stork Synagogue, and to recite my father’s Yiddish poems, was both haunting and exhilarating, a kind of homecoming,” Zable said.

Polish-born Finkel described her experience as “a rich entwining of centuries of Jewish life in Poland, and poignant lessons for the present”. Victor Finkel saw it as “a remarkable journey taking us through the highs and lows of my ancestors’ lives in Poland”.

The study tours, which will continue in 2023, are the brainchild of Australian Irene Kronhill Pletka, YIVO’s US-based vice-chair.