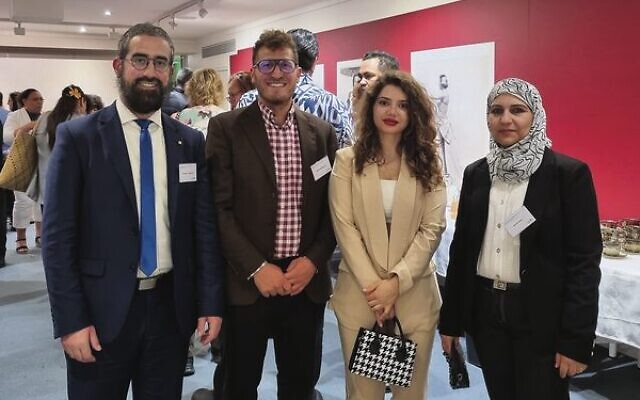 They heard the stories of newly arrived Ukrainian refugees that are now making Australia home.

Rabbi Kaltmann explained that they were moved by the stories of those who “left behind their families and friends in search for a better life,” adding that some of the stories were “heart wrenching.”

He told The AJN, “Listening to them as they spoke about the support they are receiving, navigating Centrelink and enrolling their children in school emphasised how we as Australians have mobilised to do all we can for the Ukrainian people.”

He did however emphasise that this is just the beginning and “we must do more to support Ukrainian refugees here locally and in their homeland. As winter sets in and this war drags on we must continue our support for Ukraine.”

Rabbi Glasman echoed these sentiments saying, “In addition to the harrowing stories we heard from the brave Ukrainian refugees that joined us, we were also honored to have met with members of the Pacific Islander community and members of the Afghan community. There was certainly a rich tapestry of Victoria’s multicultural community present and I was honoured to be there representing my shule community.”