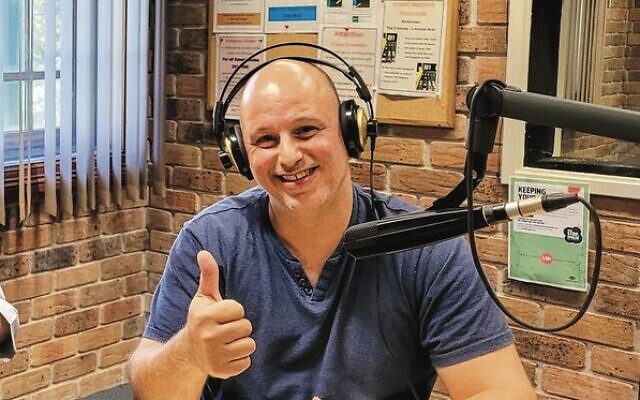 IT has taken a little over six months for Radio 4EB’s Hebrew radio show in Brisbane to become the station’s second most streamed program.

After months of planning and preparation, the Hebrew program, which is sponsored by the Queensland Jewish Board of Deputies and the State Zionist Council of Queensland, first aired on November 1, 2021 and in that short space of time has grown in popularity.

The program’s broadcaster, Shon Tamar, said he felt one of the reasons for the show’s success was that it provided a space solely dedicated to the Hebrew speakers of South East Queensland.

“We wanted to create a fun, engaging program where our community could hear news and events relevant to them, as well as profile the Jewish organisations that many in our community may not be aware of,” Tamar said.

“Since the show began it has evolved, so it’s great to know that we must be doing something right. There are more than 50 language programs aired on Radio 4EB, so to know that our show is the second most streamed program is brilliant. People are tuning in and listening – not only from Queensland but 25 per cent of our audience is listening from Israel, which is amazing.”

The program, which airs live every Monday morning from 8-9am on 98.1FM, has the slogan “Ve’shuv itchem”, which translates to “with you again”.

“We are keen to develop a sense of belonging and community through the program – and share the diversity of Israeli music and culture. Over generations, people immigrated to Israel from all over the world and from this cultural melting pot emerged, in my opinion, the best music in the world – with elements from all corners of the world.”

Listeners can tune in on Radio 4EB’s website www.4eb.org.au