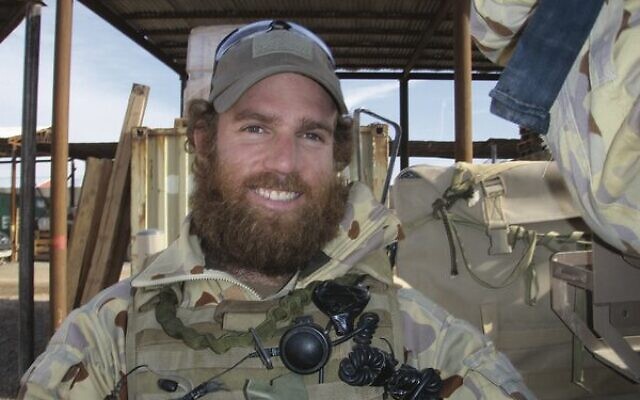 AFTER reading an article in The AJN, a private donor has made a $25,000 gift to Melbourne Legacy, a support group for families of Australian war veterans, in memory of Private Greg Sher and other Jewish soldiers who have served in the Australian armed forces.

The Melbourne woman, who did not want her name publicised, read the story titled ‘Greg Sher didn’t die in vain’ in the August 20 edition of The AJN, in which Felix Sher reflected on the end of the Afghanistan war in which his son died.

Greg, 30 was serving in Afghanistan’s Uruzgan province in 2009 when he was killed in a rocket attack. He was among 41 Diggers who died during Australia’s long engagement.

Thanking the donor, Ken Tsirigotis, COO of Melbourne Legacy, part of the national Legacy network which supports families of deceased or incapacitated soldiers, said the donation will help support their families in many ways.

The organisation will look at numerous options for applying the funds – supporting 100 veterans’ families with emergency financial assistance through supermarket vouchers, or up to 25 families with gap expenses for laptops to aid upskilling and education, or helping six adults through its disabilities program.

“Many of the families of our fallen are at great risk of becoming untrained and overwhelmed makeshift carers. Whether their loved one died in service or eventually succumbed to their emotional pain attributed to their service, these families are emotionally wounded too,” said Tsirigotis, who served in the ADF for 22 years, including in Afghanistan.

“Through my military service and my work with Legacy, I know many of these families … they too have become a custodian of the Legacy Torch, that undying flame underpinned by compassion and service.”

Tsirigotis said Legacy House in Melbourne now houses a portrait of Private Sher, which had been brought in by support group Soldier On when it located its headquarters there.

Speaking to The AJN in August, Felix reflected, “The Almighty could have taken Greg in an accident, by murder, or by some other means, but instead it was by the most honourable means – of being a soldier fighting to protect others. And I think there’s no more honourable way to depart.”

On hearing about the donor, Felix this week added, “I think it was just lovely that she was so inspired to think of soldiers and make a donation and to be so thoughtful and caring. I wish more people were like that.”