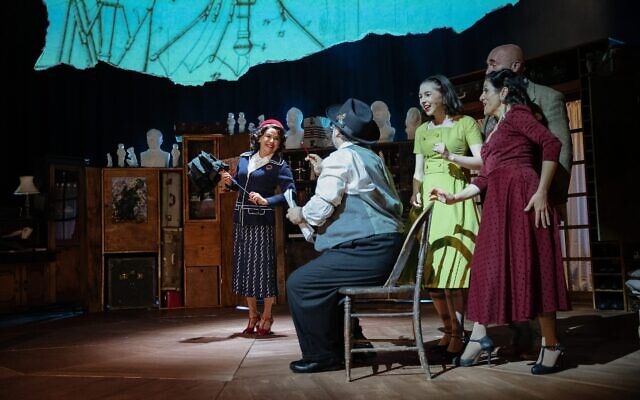 A home-grown Holocaust musical is a rarity on the Melbourne stage, so full credit to singer Tania de Jong for creating Driftwood – the Musical, based on her mother Eva de Jong-Duldig’s 2017 memoir, Driftwood: Escape and Survival Through Art.

There’s no shortage of drama, heartache and lucky escapes as the story is told in flashback form by narrator Eva (played by Sara Reed) as she sifts through letters, photos and memorabilia belonging to her parents, sculptor Karl Duldig (Anton Berezin) and artist Slawa Horowitz-Duldig (Tania de Jong).

Eva was born in 1938 in Vienna and when Austria was overrun by the Nazis, the family fled their comfortable life for sanctuary in Switzerland, but not before their collection of artworks and furniture was sent to Slawa’s sister Rella (Michaela Burger) for safe-keeping in her home in Paris.

Slawa was also forced to sell the patent for her invention, the compact folding umbrella, for a pittance. 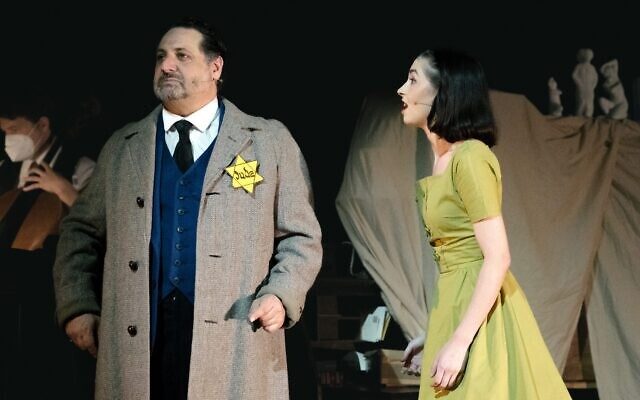 Early in the musical there’s a poignant rendition of the Hebrew prayer Avinu Malkeinu, followed later in Act One by the joyous Yiddish wedding song, Siman Tov, to celebrate Slawa and Karl’s wedding.

In Act Two, Troy Sussman sings the Jewish prayer Nishmat Kol Chai, which brought memories of him when he was a cantor at Etz Chayim’s High Holy Days services.

Most of the songs in Driftwood – the Musical were composed by the show’s musical director Anthony Barnhill – who co-wrote the lyrics with playwright Jane Bodie, who adapted the book for the stage – and Tania de Jong, a soprano who is well-known for performing with her singing group Pot-Pourri.

The sight of Germans wearing swastika armbands brought a chill to the audience and ramped up the tempo as Karl and Slawa raced to make their escape from Vienna, first to Switzerland and then to Singapore. But their safe havens turned out to be short-lived, and they ended up as enemy aliens in Australia, interned at a camp in Tatura in north-east Victoria. After being released from Tatura, they settled in Melbourne and Eva grew up in comfortable surroundings.

Driftwood — the Musical is directed by Gary Abrahams, who earlier this year directed the Kadimah Theatre’s Yentl and MTC’s Admissions.

Berezin gives a fine performance in the major role of Karl, drawing on his wide experience in musicals that include Evita and Wicked.

The 100-minute musical by Umbrella Productions had its premiere at the Alexander Theatre, Monash University on May 13 before moving to Chapel off Chapel, Prahran until May 28.