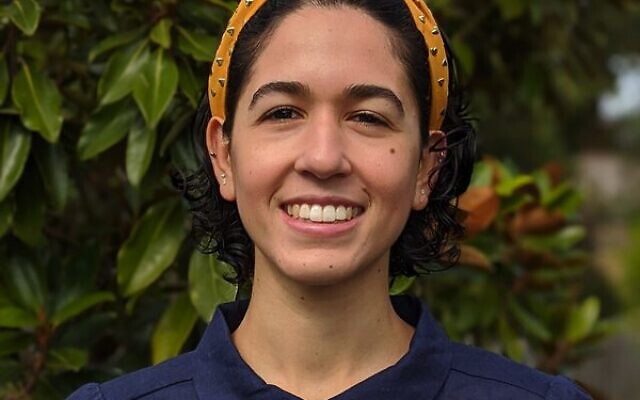 My introduction to the world of youth movements was a typical experience: I had minimal interest in attending and my mum forced to me to go.

I attended a public school and had very few Jewish friends growing up, something I saw absolutely no problem with. We celebrated all the chagim, went to Israel once a year to visit family and, sure, I didn’t get any Jewish education from school, but explaining to my teachers and friends why I had to miss yet another day of school for a Jewish holiday seemed like enough. So, it came as a bit of shock when my parents decided it was necessary for me to move to a Jewish school for years 10-12. Of course, I refused, and, after much discussion and compromise, the agreement was that I could stay at my public school if I started going to a youth movement.

I had no understanding of what a youth movement was, other than the two hours a week that would allegedly strengthen my Jewish and Zionist identity and give me an opportunity to meet a nice Jewish boy.

We had heard about Habonim Dror and, despite being the last way I wanted to spend my Saturday afternoon, I went to my first peulah (program) in year 10. I wish I could say it was amazing and I instantly loved it. In reality, I hated it and didn’t really understand what all the yelling and chanting was about, made no friends and saw absolutely no reason to come back. My mum, having no mercy, told me that I had to go again and if I was still miserable after my third time, she wouldn’t keep forcing me to go. My second time was similar, but on the third time I started to have a small feeling that being a part of this weird club thing actually meant something, and although I still didn’t have friends, it was nice to be around so many young people who cared about things.

I soon started to see what it meant to be a part of this thing that I still didn’t fully understand the concept of. It meant challenging myself, being open to dialogue and debate, and feeling confident in myself and my ideas. It meant exploring my values and finding ways to reflect those values in the things I did. It meant embracing all those weird chants and songs without worrying what others thought of me.

The following year I decided to become a madatz, a year 11 madricha (leader). I still had no idea what a madatz was, but it sounded important, and I knew it was something I wanted to do. Through being a madatz I learnt what it meant to be a madricha in a youth movement. Being a madricha meant getting to know my chanichim (participants), embracing them, changing the movement to work for them rather than expecting them to all fit into the same mould. Being a madricha meant I got to play an active part in development of a child’s identity and help them navigate what it means to be a young Jew and Zionist. I was creating a space for children to be themselves, share their thoughts and opinions, and make lifelong memories, while at the same time other young people were doing the same for me.

Leaving my schoolfriends to go on Shnat with a group of people I barely knew should have been a hard decision, but it seemed obvious that it was the only option if I wanted to stay meaningfully engaged in the community. It was on Shnat, while I was living in Israel and authentically experiencing Israeli society, that I started understanding the enormity of what I was part of. 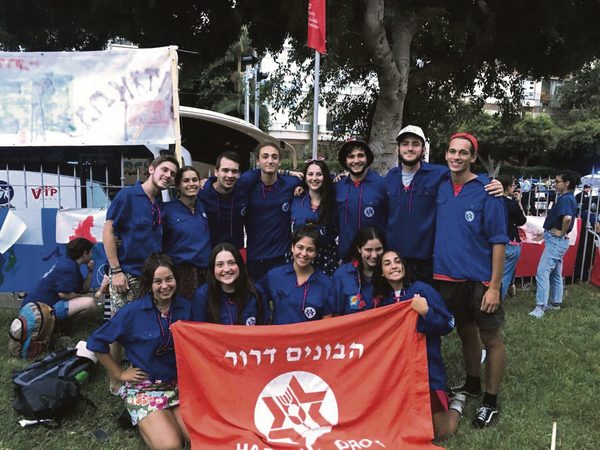 As a public-school kid, being part of a movement had given me an opportunity to connect with my Judaism and Zionism that I didn’t get at school. It gave me the opportunity to live in Israel for a year and focus on developing my thoughts and opinions and have a community to be a part of. It empowered me as a young person to want to contribute as much as I could to bring more young people into my movement and educate them on values that still inform every decision I make in my life.

After three years as a madricha in Habonim Dror I decided I wasn’t done being involved in youth movements and took on the role of AZYC chairperson, later working as the AZYC executive officer. The AZYC, the roof body organisation for the seven Zionist movements across Australia, gave me a completely new understanding and appreciation of the youth movement world. Each movement has something unique to offer and creates an irreplaceable space for youth in our communities to thrive. And we have SEVEN! I have been lucky and privileged enough to work with many cohorts of young madrichim, volunteering endless hours to run weekly peulot and biannual camps. They ensure that every young chanich and chanicha in our community has an opportunity to find their place and to thrive.

It doesn’t matter how good of a Jewish education you will receive from school or home, or how amazing a school’s hadracha program is; the leadership skills, confidence, commitment and passion that are fostered in a youth movement environment cannot be replicated.

With winter camps approaching, I am filled with excitement for all the participants who are about to discover the magic of youth movement camps. Take it from me, whether you are in year 3 or year 12, it’s never too late to join, and you will find your movement, if you give it a chance.

Noa Shaul was chairperson of the Australian Zionist Youth Council (AZYC) and also worked as AZYC executive officer for two years.
If you are interested in learning more about the seven Zionist youth movements, please contact: azyc@azyc.com.au