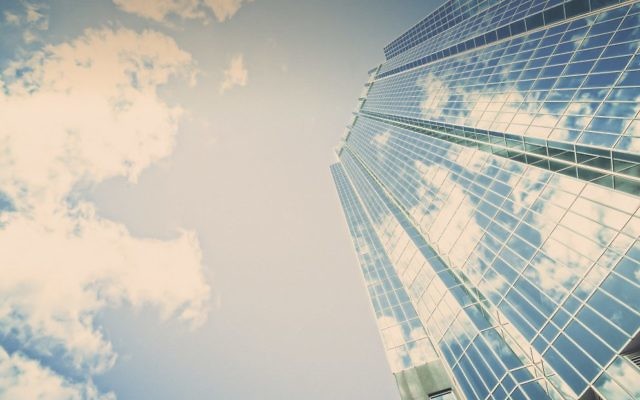 This investment cycle is not in its infancy. No one’s arguing that. What’s more contentious is whether the cycle is on its last legs, “late cycle” as some would argue, or actually maturing with still some way to run, as we believe. Indeed, for those prepared to “stay engaged” with risk markets, we expect positive returns are likely to persist in the near term – albeit decidedly less buoyant and less easy to find than last year – when virtually every asset class and region put in a stellar performance.

Judging the cycle to be at its end, as some have done (and mistakenly did earlier this year), arguably has to be more complicated than just observing stretched asset valuations or approaching a historical precedent for the length of “normal” cycles. Given the depths of the global financial crisis a decade ago, the pace of technological advancement and the current plethora of geo-political tensions, this is anything but a normal cycle.

As former US Federal Reserve Governor Janet Yellen opined in 2015, “I think it is a myth that expansions die of old age.” Prior to World War II, the longer a business cycle, the greater the chance it would soon come to an end. But since World War II, cycles have not shown this tendency. Cycles typically end because something goes wrong! Most often that comes in the form of restrictive policy, policy error or a financial crisis.

US President Trump’s fiscal largesse may well be the policy error that has sown the seeds of the next recession, potentially in 2020. But for now, the tell-tale signs that the cycle is about to confront a hard roadblock, such as rapidly rising inflation, a financial crisis or a sharp slowing in global growth, remain broadly absent.

For sure, wage growth is belatedly rising across Europe and Japan. And in the US, last month’s wage growth also surprised higher, and this month’s decision by Amazon to boost minimum wages for 350,000 US workers may also tilt wage growth higher as other retail firms follow suit. Overall though, wage growth remains well below that seen in prior cycles. And while inflation is drifting higher, it too is yet to move above central banks’ key targets in any major jurisdiction. Questions also remain over just how quickly rising wages will show up in higher prices in a world of rising new investment and rapid technological change.

Given the depths of the global financial crisis a decade ago, the pace of technological advancement and the current plethora of geo-political tensions, this is anything but
a normal cycle

Trends in business surveys have recovered from their early-year weakness to be consistent with well above average global growth next year. Both the IMF’s and OECD’s latest forecasts for 2019 are near enough to 4 per cent. As Northern Trust, one of the world’s largest custodians, recently highlighted, the US cycle has “plenty of room to grow” based on previous expansions, with growth rising 41 per cent over the past decade, compared with around 75 per cent in both the 1980s and 2000s expansions.

This should be supported by ongoing low global interest rates. The US Fed is now only approaching their estimate of a “normal” rate, and new Chair Powell at the August central bank talkfest in Jackson Hole noted that “there does not seem to be an elevated risk of overheating.” In Europe, interest rates look on course to rise from their current negative level to just “zero” by the end of 2019!

And yet maturing cycles still embody tension. Growth remains strong, though not accelerating. And after a decade of tremendous gain in risk assets, nothing is arguably “cheap”. Balancing the fear of an unexpected correction, UBS recently showed that since 1928, average returns in the final year of an equity bull market have been 22 per cent. This cycle also has the added challenge of persistent (and unforecastable) trade wars and other geopolitical risks that could weigh heavily on risk appetite.

So, is there value staying engaged in late cycle markets? While closer to its end than its beginning, the evidence suggests that the economic cycle still has some way to run. Adopting highly defensive portfolios too prematurely can come with significant cost to returns. Similarly, attempting to time markets by stepping away from the discipline of a diversified portfolio (with in-built defensive assets for protection) has invariably delivered inferior returns.

But later cycle investing still demands caution. It involves understanding that returns are likely to be more moderate and more volatile than earlier in the cycle. It also involves keeping a weather-eye on the macroeconomic signals that the growth cycle is truly shunting meaningfully weaker. How the US economy adapts to 25 per cent tariffs on imports from China in 2019, which will significantly affect the supply chains of many US corporates (and potentially lift inflation) will be key to this.

Caution in the later cycle also means not being overweight risk yet engaged with it. Allocations to risk assets should be neutral (or normal), not aggressively overweight, and focused on regions and sectors where growth is strong or valuations more compelling. Protecting capital through maturing cycles is also key. Investors should ensure ample cash and liquidity and be seeking out high quality uncorrelated “alternative” assets (such as hedge funds) that can protect capital when forecasts prove inaccurate.

When the economic cycle turns, the market’s ability to look through many of the geopolitical risks that now confront us will undoubtedly be challenged. This should also be the point investors gather comfort from a diversified portfolio and can put liquidity to work in accumulating high-quality assets at more attractive prices.