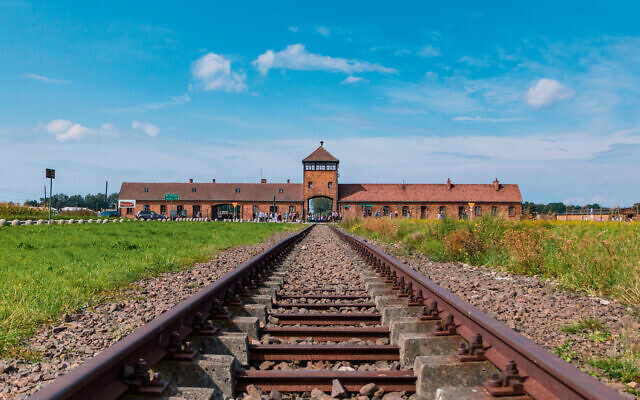 A RECENT survey found that one in four Australians have little or no knowledge of the Shoah. An earlier survey taken in 2010 (the statistic would doubtless be even more dismaying now), found that 72 per cent of Australians aged 13-24 had never read a page of the Bible. In the case of 49 per cent of those surveyed, it was because they had rejected, or never even considered, the notion of a Supreme Being!

The latter finding has not sent shock waves around our community. Yet both findings are connected. How can anyone understand the government authorised programmed murder of six million Jews without comprehending who the Jews are, what their origin is and why they are still around when all the mighty empires that attempted to destroy them are no more?

Ironically there were Nazis who did understand. When 10 of the most notorious Nazi war criminals were hanged in Nuremberg, the world was told by Newsweek that Julius Streicher stared at the witnesses facing the gallows and shouted “Purimfest 1946”. (The Hebrew year was taph-shin-zayin, incredibly those very three letters that from time immemorial have been mysteriously written distinctively small in the passage in the Megillah recording the hangings of Haman’s sons [Esther 9:7-9]) Streicher knew his Bible and, as he was about to die, actually acknowledged the connection between the 10 Nazi mass-murderers and the 10 sons of Haman hanged as the climax to the events which gave rise to Purim.

That in turn was a sequel to the execution of Agag, king of the Amalekites, the nation that 10 generations earlier had gratuitously attacked our unsuspecting ancestors in a cowardly fashion from the rear just after we had left Egyptian slavery. That attack displaying eternal hatred to our eternal nation is one of six matters Jews are enjoined to never forget. Sadly, we have never enjoyed the luxury of being able to!

Sir Winston Churchill also understood. It is told that when challenged by a prominent fellow politician to furnish proof for the existence of God, Churchill replied unhesitatingly: “Sir, the Jews!”

Where am I going with this? It is quite simple. One cannot possibly teach or understand the Holocaust without seeing the event in the context of Jewish history in all its glory and tragedy.

Genocide was plotted against us even before we were a constituted nation. Pharaoh wished to drown all the male babies, believing that would put an end to Jewish continuity, even though he would be harming his own people by denuding it of its main slave population. Amalek, we have already mentioned. Sennacherib carried away captive the bulk of 10 of our tribes to Assyria and wished to do the same to Judea. Nebuchadnezzar finally achieved it. Antiochus IV imagined that by destroying Judaism he would destroy our uniqueness and therefore our immortality. Titus believed that by bringing an end to Jewish sovereignty he would be the architect of our demise as a nation. Torquemada saw mass Jewish conversion to Christianity as a means of terminating Jewish existence.

Our enemies through the generations devised different means to put an end to us. Some felt threatened primarily by our belief system, others by our nationhood. But their aim was the same.

The tragedy of the Holocaust was unique in scope. But not in design. Pharaoh and Haman had attempted active, overt genocide against us. Other tyrants attempted it covertly. All were threatened by our distinctiveness, by our chosen-ness, in short by our Torah, our exclusive possession but one whose authentic message we were, and are, desperate to share with the world if only it would let us!

This is what needs to be taught in schools! The whole span of our history. How what made us unique was also what made us envied, then hated, then persecuted. But also, how what makes us unique is vital for the continuation of civilised society. And how it is not in anyone’s interest to tolerate antisemitism in any guise.

Of course, I am aware that by now I have my head well and truly in the clouds! But I do believe that it is totally reasonable to lobby for the totality of authentic Jewish history to be taught as a core curriculum unit in the history syllabus in years 7 and 8. One of my recent Bar Mitzvah students was regaling me about how he was learning ancient Egyptian history in great detail! Well, if a dinosaur civilisation can be taught in such depth, how about a civilisation which, in the immortal words of Mark Twain, is “exhibiting no decadence, no infirmities of age, no weakening of parts, no slowing of energies”. And as Twain concludes: all things are mortal but the Jew. All other forces pass but he remains. What is the secret of his immortality?