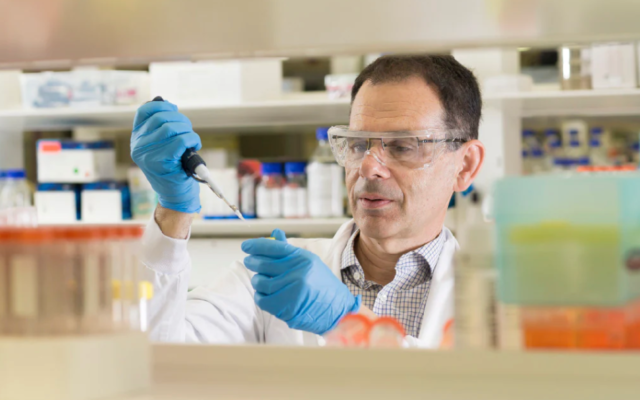 THE University of Sydney’s Professor Tony Weiss has been awarded the 2021 Prime Minister’s Prize for Innovation, but he hopes his successes “are surpassed by the achievements of the next generation”.

Professor Weiss is considered the world’s leading authority on tropoelastin, the protein building-block that gives human tissue its elasticity.

For the past two decades he has pioneered global research into tropoelastin and elastic fibres, which are found in human tissue ranging from the skin to the lungs and arteries. Elastic fibres play a significant role in the generation and regeneration of tissues found in the human body.

In 2008 he founded the company Elastagen to commercialise his research and inventions. The company raised $35 million in venture capital and grant funding, completed clinical trials and scaled-up production.

Ten years later, Elastagen was sold to one of the world’s largest biopharmaceutical companies for $334 million – one of the largest transactions ever completed in Australia’s life-science sector.

“I’ve always loved science. When my parents used to give me toy cars as a kid, I would dismantle them to try and understand how they worked. Ever since then, I’ve loved finding out how things tick,” Weiss told The AJN.

“My work still uses that same technique of taking things apart, but I now use that knowledge to help repair the human body.

“It was amazing to watch my technology transform from something in a lab to something that could make a difference.”

Stating, “To receive the Prime Minister’s Prize for Innovation means a great deal to me,” he noted, “The process of innovation is a roller-coaster; there are ups and downs, but it’s always a journey forward. This recognition is testament to the many people who have been part of this journey with me. Most importantly, it’s a celebration of science and innovation in our country.”

Professor Weiss is also an ambassador for Australian innovation and has given his time to mentor Australian researchers.

“I’m passionate about the importance of making sure the next generation can succeed. One day I hope to see many more Australian innovators doing incredible things – and that my successes are surpassed by the achievements of the next generation,” he said.