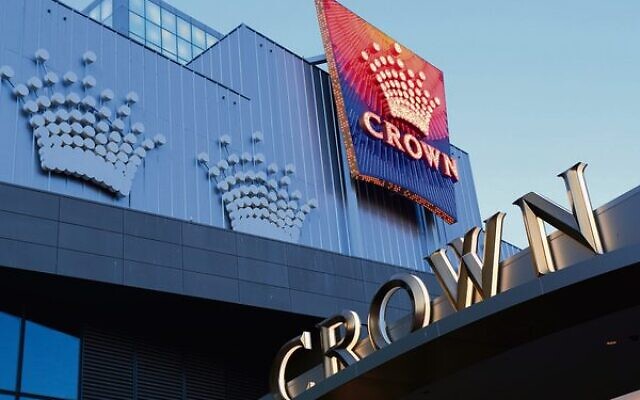 A PROMINENT Melbourne rabbi has spoken to The AJN about the shock he felt when he was subjected to antisemitic abuse just a few days ago at the Crown Casino and Entertainment complex.

The rabbi, who did not want to be publicly named, was in a quiet area of the Southbank centre during the daytime on November 30 when he was assaulted.

Waiting for a meeting to assess a prospective venue for a Jewish communal event, the Orthodox rabbi, who wears a kippah, was checking his mobile when he was assailed by the stranger.

“I was on my phone, reading my emails, responding, like when you have a bit of time and you’re waiting for somebody. Suddenly a guy walked over out of the blue and accused me of filming him and his family,” recalled the rabbi.

“As a rabbi, you don’t jump and you don’t overreact. The guy had a concern and I’m trying to respond to him and say [I was] ‘absolutely not’ [recording]. I was just reading my emails. And I was even happy to show him my phone.

“But no matter what I said, it made no difference because the guy had come over with an agenda.”

The middle-aged man then became “abusive” and used “disgusting” words, but the rabbi kept calm and moved away.

“There was a moment when I thought the guy would become physically violent, but he didn’t. When he saw that he was not managing to really get me aggravated … he just blurted out a very antisemitic comment … What he said is, ‘You’re one of those that Hitler didn’t finish’.”

The attacker then exited the complex.

“The moment he walked away, that’s when, wow, I went into shock. I immediately walked over to the staff, I told them what had just happened, if they could get a security guard to track this person down,” he said.

The rabbi also reported the incident to police and to the Anti-Defamation Commission (ADC). Police are searching for the man, and there are hopes that security camera footage can help identify him.

The rabbi was emphatic, “I like to focus on the positive … but it left me very vulnerable. I sat down feeling a lump in my heart, not ever expecting to feel like that. Like ‘wow, what just happened – in the middle of a public place?’ I really didn’t expect something like that to happen in Melbourne.

“It did leave me shaken but at the same time I’m a big believer that the answer to antisemitism – while we can’t just push it under the carpet – is to fight it with what I call pro-semitism, to be proud of who you are and proud to display who you are.

“I decided right after that to organise another event for Chanukah which I wasn’t planning to organise. I said this is my silent response to this antisemitic remark.”

Crown management “acted very well, they were themselves quite shaken,” the rabbi added. Crown’s general manager, corporate affairs, Natasha Stipanov told The AJN security was called to the incident, and the matter was referred to police.

“Diversity and inclusion are at the heart of Crown’s values, and we do not condone discrimination on any level. As the matter is with Victoria Police for investigation, Crown is unable to comment further,” she said.

ADC chair Dvir Abramovich said, “No one should have to give up their religion or walk the streets or visit an entertainment venue in fear of being a victim of prejudice-fuelled abuse because of who they are. Sadly, we are going down a path whereby anyone identifiably Jewish will not feel safe outside their home.

“If ever there was a time for Victorians to band together and say no to antisemitism, it is now.”

A police spokesperson stated, “Victoria Police understands incidents of antisemitism can leave communities feeling targeted, threatened and vulnerable. These incidents have no place in our society.”