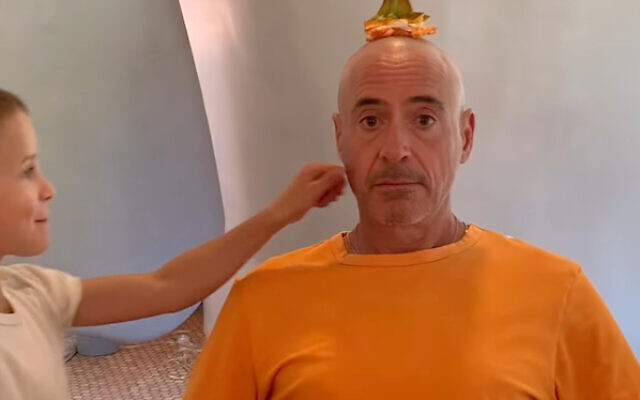 Robert Downey Jr, who has described himself in the past as ‘Jewish-Buddhist’ has shocked fans with a new look – a completely bald head. While Downey Jr’s mother was Catholic, his father had Lithuanian and Hungarian Jewish heritage and has been seen wearing a Chai necklace in the past.

The Iron Man star debuted his new look on the red carpet of the 13th Governors Awards alongside his Jewish wife, Susan.

Seeing the pictures flooding social media, fans were shocked, with some saying they didn’t recognise the film star and others questioning why he did it.

Downey Jr posted a video to Instagram shortly before Halloween showing his kids shaving his head. Explaining to Exton and Avri that he didn’t want to wear a bald cap for his new role in The Sympathiser, the video showed the kids using a set of electric clippers.

“The things we do for our work… and our kids,” Downey Jr captioned the video.

While people may be struggling to recognise him, we think he still looks pretty darn good.