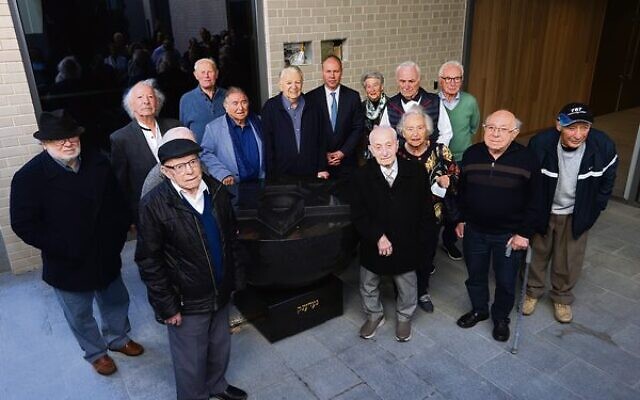 Politicians from both major parties and survivors came together last Friday to mark the completion of a three-year major redevelopment the Melbourne Holocaust Museum, previously known as the Jewish Holocaust Centre.

Treasurer Josh Frydenberg gave the keynote address, saying that the Morrison federal government was very proud to have contributed $10 million to the museum.

“It’s a remarkable piece of architecture and most importantly, it’s what is in it that is going to ensure that the memories of all those who have lost their lives in the past are never forgotten,” Frydenberg said.

“This is not about politics. This is all about preserving memories of those who perished, as well as those who have survived the Holocaust,” Frydenberg said.

He highlighted the importance of the Melbourne Holocaust Museum, saying, “As the years fade and the number of survivors reduce, it’s incumbent upon the current generation and future generations, to put in place institutions such as these, to ensure that we uphold our collective duty to say never again and that we preserve the memories of those who experienced the tragedy of the Holocaust.”

The redevelopment of the facility coincides with the name change which was shared in a video announcement across social media platforms on Wednesday, April 13.

“We house Melbourne survivor stories and want our city – their home and ours – in our name,” said Josem.

The museum began rolling out the Melbourne Holocaust Museum name with a logo from late April.

Survivor Irma Hanner shared that the redevelopment of the Melbourne Holocaust Museum “means everything” to her.

“It has been 77 years since I was liberated by the Russians, yet hatred is on the rise around the world. I must continue to tell my story to the children, the next generation,” she said.

Co-president of the Melbourne Holocaust Museum Pauline Rockman highlighted that “for over 38 years we have been educating throughout Victoria and commemorating the victims, in order to inspire a better future.

“With the advent of a major milestone in our existence … it is only fitting that henceforth we will be known as the Melbourne Holocaust Museum.”