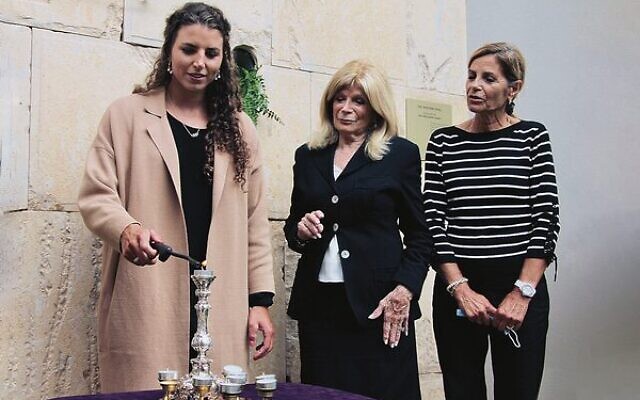 MAYBE it was being in a shule environment, or receiving a wonderfully warm welcome after a difficult morning attending a family friend’s funeral.

Or perhaps being moved moments earlier by messages and prayers for peace at last Friday’s Shabbat service at Sydney’s Central Synagogue, which Jessica Fox attended with her mum and coach, Myriam.

But whatever prompted it, Australia’s greatest Jewish athlete of all time – the women’s canoe ­slalom world number one and Tokyo Olympics gold and bronze medalist – decided midway through her speech, as special guest at the shule’s young adult Shabbat dinner, co-hosted by Maccabi NSW, to publicly reveal for the first time a deeply personal, and Jewish, experience that happened on the day she won that elusive Olympic gold medal in the single canoe (C1) final.

Delivered off the cuff, it left more than 100 Jewish young adults in the room deeply touched, and inspired, by such a relatable true story that happened to one of their sporting heroes … someone who, at 27, is part of their generation.

“I’ve never actually said this story before, but I thought today was the right time,” Fox said.

“I do believe I was blessed that day, and for that moment [when she won the final], because I was walking around that morning in the athlete’s village, which I’d done for two weeks, when I came across a beautiful memorial tree that [honours] the 11 Israeli athletes who were murdered in the terrible, terrible incident at the 1972 Olympics.

“And I was like, how did I miss this earlier? It had white pebbles, and ribbons on the tree, where you could write a message to someone you have lost, or for the 11 Israeli athletes who lost their lives.

“So I wrote a little note for my [maternal] grandpa – my Papi from France – who passed away three years earlier, and was my biggest fan. I was like, okay, he is going to be with me today.”

That evening, just days after having to rebound from the disappointment of coming third in the women’s single kayak final – which she described as “my hardest 48 hours, emotionally” – Fox clocked the quickest time in the C1 final, embracing her mum, and sister Noemie, on the river bank in triumph, while her dad was commentating live from Channel 7’s Sydney studio.

“That moment was incredible, because when I crossed the line, I was able to celebrate the win for myself, my family, my whole community, and everyone who supported me,” said Fox.

“And my mum … she ran down and hugged me – obviously we were all crying – and she showed me something in her hand. It was a white pebble that she picked up from the same memorial tree in the [athlete’s] village, and she just said to me: ‘Papi was with us today’.

“It was such a special moment.”

Fox also shared some tips about keeping a positive mindset, believing in yourself, learning from others, setting clear goals and understanding that it’s “totally normal” for motivation to come and go, emphasising the importance of resilience.

She said, despite being the favourite on paper for both her Olympic events, “it doesn’t mean you’re going to win … so I had to keep telling myself that I just deserve to do my best today, to just control what I can, and sit at the start line being at peace with that.”

After passing around her gold medal – “it’s heavier than you think, right?” – French-born Fox said she doesn’t normally speak publicly about being Jewish, as “my family were in the Holocaust, and so that trauma is there all the time, and I have been reserved about it before”.

She added, “Today was a hard day, and quite emotional, as I attended a funeral, so it is so nice to feel the energy, and the love, and the amazing vibe here tonight.”

Thanking Jessica, Rabbi Levi Wolff said, “Young people need individuals to look up to in the community, and we’re very blessed in Australia to have someone like Jessica, who is exactly that.” 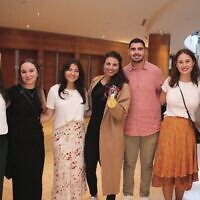 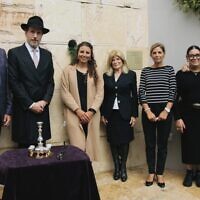 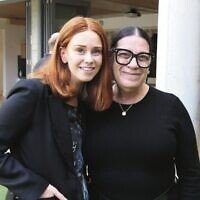 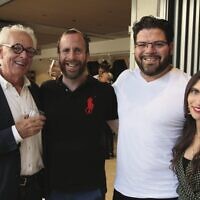 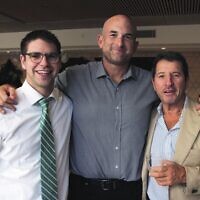 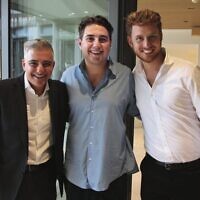 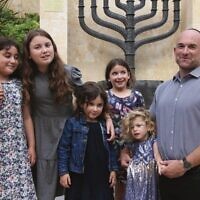