They are a diverse bunch – public figures from different backgrounds, occupations, creative fields and countries. They are highly popular celebrities, political icons or historical figures. Some are regarded as “national treasures”. Some are Jewish. The world is – or was – at their feet. I would love to join in the widespread acclaim, celebrating their abiding contribution to the arts, to civic leadership or to society at large.

Each has gone public with views that disturb me; that strike me as offensive, or unfair and one-sided. Their outlooks range from the downright antisemitic (for example, Mel Gibson and Roald Dahl), to unjust, biased perspectives on Israel (such as from Bishop Desmond Tutu, Roger Waters and Sally Rooney). Their positions on Israel are often vogue-ish, ill-considered; sometimes they lack diligent research, other times they are meant to placate some sections of fans and supporters.

These celebrated supernovas conflict me and make me feel excluded. I would really like to join in the planet’s applause for their talents and their standing. But reluctantly, I need to stand aside and watch from afar.

In Yiddish, there’s an old lament, Es iz schwer tzu sein a Yid. It means “It’s hard to be Jewish.” And sometimes it’s even more challenging to be conscientiously Jewish. It can limit who you feel you can vote for, who you can praise in your friendship circles, and whose books and films you’ll enjoy, rather than consume with a raised brow.

I can’t stress enough how random this aggregate is. With some, I imagine I could sit and have a frank conversation, perhaps over a few whiskies, and hopefully widen their window. With others, I have no doubt such an encounter would be useless, and with others still, I wouldn’t even try. 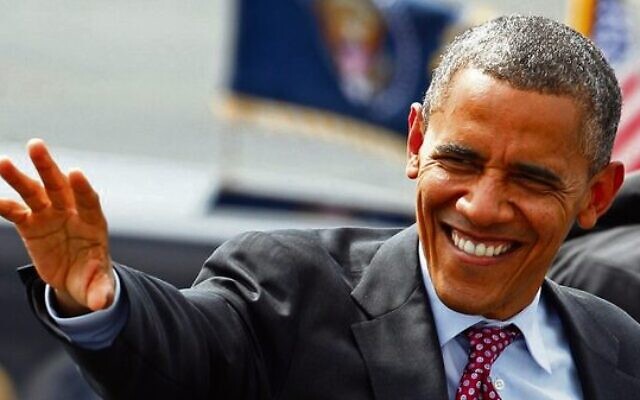 Barack Obama waves to supporters as he arrives in Charlotte, North Carolina for the Democratic National Convention in 2012. Photo: AP/Chuck Burton

For each of them, here’s my problem:

The most daring, innovative American comedy filmmaker of his time, Allen turned cinematic humour on its head with his painfully incisive satires of the frailties of characters who overwhelmingly are Jewish New Yorkers.

His style has inspired a new generation of filmmakers to be acerbic and rebelliously, excruciatingly funny. Yet too often, Allen’s films go beyond satire into a Jewish self-loathing that has also become common now in Hollywood screen comedy. (And there’s his personal life – the questionable relationship with his ex-partner Mia Farrow’s adopted daughter Soon Yi, and accusations about sex with minors, in fairness, never proven).

The late British author’s children’s books are celebrated. Perhaps the most famous is Charlie and the Chocolate Factory. It even inspired three Willy Wonka films – and who doesn’t love this cute character – once played by Jewish actor Gene Wilder? Yet from Dahl’s persistently antisemitic mind also came observations on Jews such as, “Even a stinker like Hitler didn’t just pick on them for no reason.”

The genius behind Mickey Mouse, Donald Duck, Goofy and Bambi, and the Disney theme parks to which millions flock, has been a byword for wholesome family entertainment to generations. But while not an emphatic antisemite, he was known for strange views on Jews, stemming from his association with anti-Communist film industry zealots. Neal Gabler, foremost writer on Jewish aspects of 20th-century Hollywood, concluded Disney “was not antisemitic, nevertheless, he willingly allied himself with people who were antisemitic … and that reputation stuck”. 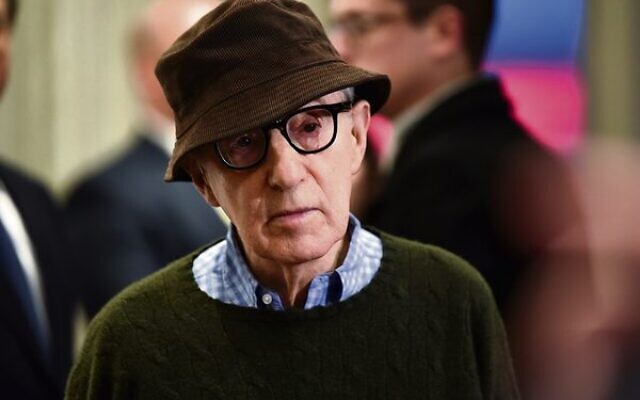 The daughter of India’s founding PM Jawaharlal Nehru became her country’s first and only female PM in 1980.

The world celebrated as Gandhi became a torchbearer of the unaligned bloc of nations. Like Golda Meir before her, Gandhi in power became an emblem for the burgeoning women’s movement.

Feminists ignored the authoritarianism of Gandhi’s four-year rule that culminated in her assassination by her bodyguards. They also had no issues with her stridently anti-Israel, pro-Palestinian stance.

Aussie actors who strike it big in Hollywood are idolised in Australia, and Gibson is no exception. The action hero and Mad Max megastar draws millions of filmgoers to his films and remains in demand on the TV talk-show circuit.

With acclaim for his 2016 film Hacksaw Ridge, he’d been all but forgiven for his disgraceful 2006 US drunk-driving arrest in Malibu, California, during which he railed at a police officer, “F***ing Jews… the Jews are responsible for all the wars in the world. Are you a Jew?”

Moreover, his ultra-conservative take on Catholicism led to his controversial 2004 rendition of The Passion of the Christ. The film outraged Jews worldwide with a narrative that ignored the Vatican’s landmark 1965 Nostra Aetate declaration, which had stated Jews were not to blame for the crucifixion of Jesus Christ.

To make any qualifications in praising the late South African president and human-rights champion is regarded as almost blasphemous – for Mandela is indeed a secular saint. Who can have anything but the utmost admiration for the 27-year prisoner of Robben Island, jailed by his country’s apartheid regime?

Apartheid finally crumbled and in 1994 Mandela became his nation’s president. His many Jewish supporters were jubilant. But four years later, as secretary-general of the Non-Aligned Movement, he condemned the “narrow, chauvinistic interests” of Israel’s government in its dealings with the Palestinians. For many Jews, it was a bucket of ice water. 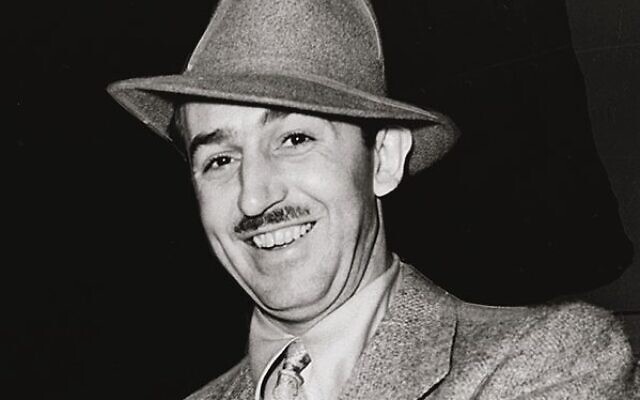 The bubbly Jewish British-Australian actress is a popular fixture on TV. But her views on Israel are troubling to many Jews. During the 2014 Gaza War, she mused, “Antisemitism is horrible and can’t be defended, but Israel is stupid for allowing people to vent it.”

Just how did Israel allow antisemitism to be vented by grappling with an aggressive, implacable enemy on its doorstep? I’d love to discuss this with Margolyes.

The first African-American US president – whose skin colour had historically shackled his people to slavery, and only last century had still relegated them to segregated places in cafes and on buses – remains a cause celebre.

And how refreshing, in 2009, to finally have had a US leader with a deep intellect, particularly considering the president he succeeded, and even more, the one he preceded. And yet, my part in the celebration has to remain limited.

Obama erred badly in his relations with Israel, even if dealing with Benjamin Netanyahu was challenging. Obama’s view that Israeli settlements are the one true obstacle to peace with the Palestinians emboldened the Palestinian Authority and set it on the self-defeating path of seeking statehood unilaterally.

Near the end of his presidency, Obama’s outlook culminated in the shocking US abstention on a key UN resolution against Israeli settlements. What’s more, he incubated the controversial 2015 Iran nuclear agreement. There would be so much to speak about in my Israel conversation with this brilliant but complex leader.

Alas poor me, I knew him not – except through his universally applauded works that are a bedrock of the English language, a coda for our lived experiences. And yet, every time Shakespeare is quoted, my thoughts turn to Shylock, and the trope of money-minded Jewish misanthropy, which has fuelled centuries of antisemitism.

I’ve heard the argument that beneath the surface, Shylock is a sympathetically drawn Jewish character, a remarkable feat in Elizabethan England. The “hath not a Jew eyes” speech is reassuring, but I can’t get around Shylock’s demands for his collateral pound of flesh. So, how do I make my peace with Shakespeare? That is the question. 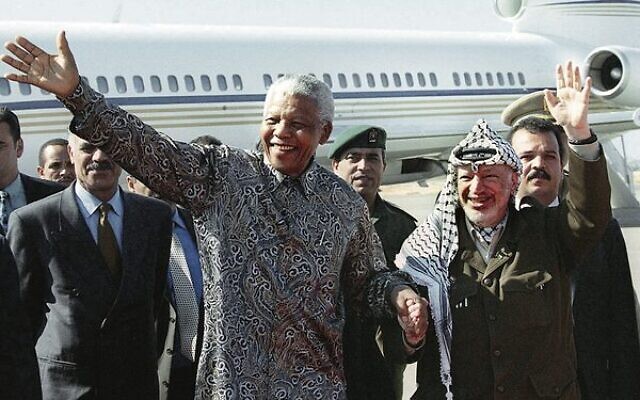 Former president of South Africa Nelson Mandela (left) waves to a cheering crowd alongside then Palestinian Authority president Yasser Arafat prior to their meeting at Gaza International airport in Rafah City in 1999. Photo: AP PHOTO/POOL/Fayez Nureldine

Australia’s 21st prime minister ushered in a sea change in our society. Universal public health insurance, free university study, and early steps to safeguard the environment were hallmarks of his short, tumultuous government. He is often idolised for his pivotal role in turning Australia towards a bolder, more independent future. And yet, there lingers the spectacle of Whitlam, during the 1973 Yom Kippur War, when Israel was ambushed to within an inch of its existence, proclaiming Australia’s policy would be “even-handed”. And at the infamous Chevron Hotel breakfast of 1974, when a delegation of Jewish leaders urged him to reconsider Israel’s case, he condescendingly told them. “You people are hard to please.”

Despite all his great reforms, Whitlam for me is not so much the man of the people his other admirers see, but a man who said “you people”. It hurts.