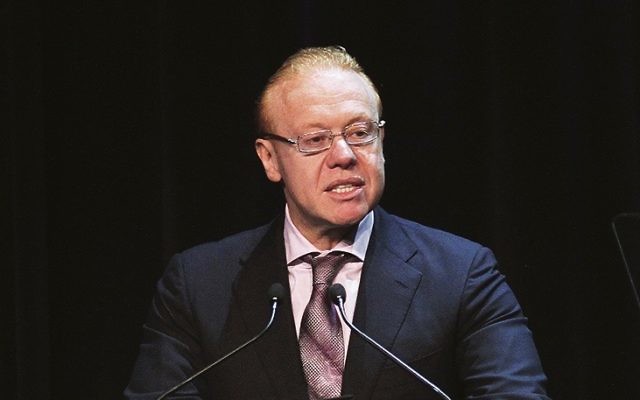 FIVE out of the top 10 wealthiest people in Australia are Jewish, according to this year’s Financial Review Rich List.

Executive chairman of Visy Anthony Pratt took out first place for the third year in a row with a fortune of $15.57 billion, up from $12.9 billion last year.

Meriton founder and managing director Harry Triguboff was in third place, behind mining magnate Gina Rinehart, with wealth of $13.54 billion.

Westfield Corporation former chairman Frank Lowy, who is now living in Israel, ranked seventh on the list with a fortune of $8.56 billion, while Glencore chief executive Ivan Glasenberg ranked ninth with a $7.17 billion net worth.

In an interview with Israel’s Channel 12 this week, Lowy said, “I feel that I’m home [in Israel]. That’s all. Very simple.”

In the interview, he attributed his success to perseverance.

“The word ‘no’ is not for me. I don’t hear it. You always have to try again and again,” Lowy said.

The AJN reported this week on the inaugural Gandel Holocaust Education Conference in Melbourne, which John and his wife Pauline were inspired to create for educators from around Australia.

“There is not just an educational, but also a moral imperative, to help educate our younger generations about right and wrong, good and evil,” John reflected.