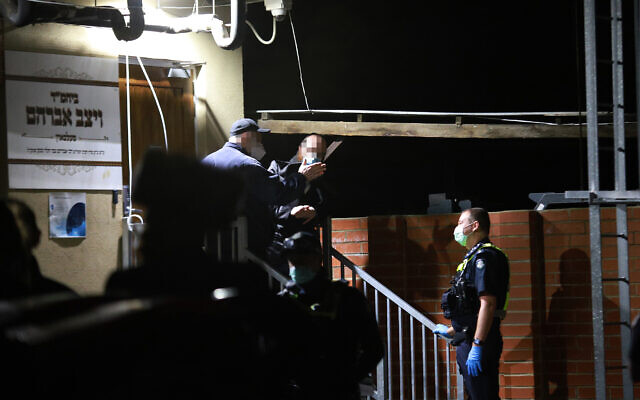 Victoria Police outside the shule in Ripponlea.

THE Jewish Community Council of Victoria (JCCV) says it is “appalled and outraged by the selfish actions” of a small group of ultra-Orthodox people who held an illegal minyan on the first day of Rosh Hashanah.

The group, who The AJN understands to be members of a breakaway group from Melbourne’s Adass Israel synagogue, entered the Ripponlea shule about 5am on Tuesday and refused to leave until nightfall.

Video footage emerged on social media on Tuesday night of people outside the shule clashing with media and police, who had surrounded the shule all day. A number of people reportedly fled the scene by climbing over neighbouring roofs to evade police.

A cameraman was injured during the clash and taken to hospital. 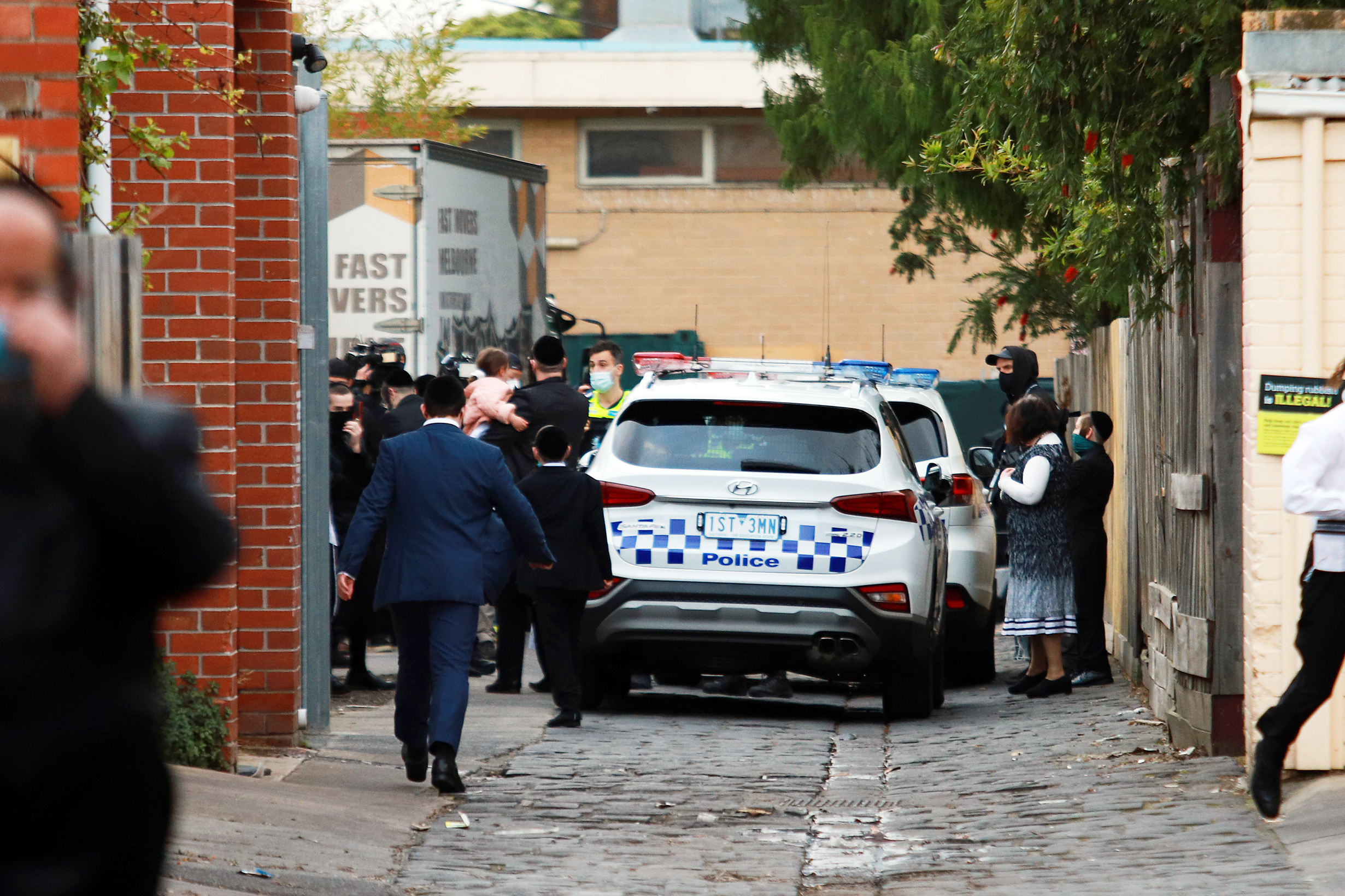 Victoria Police say 11 fines for $5452 have now been issued in total, and officers “will continue to investigate the incident and will issue infringement notices to all adults who attended the illegal gathering”.

Meanwhile, a 72-year-old congregant was arrested and charged with recklessly causing injury and unlawful assault after the alleged attack on the cameraman. He was also issued with a $5452 fine for breaching the Chief Health Officer directions.

Up to 30 people are said to have breached lockdown restrictions.

“If you were there and have not spoken to police, you should come forward,” Assistant Police Commissioner Russell Barrett said, adding, “I’m appalled, to be fair.”

“The gathering in question was an independent group of worshippers, unaffiliated with Adass Israel.

“Adass Israel has taken all necessary steps to ensure our synagogue and buildings are compliant with public health orders.” 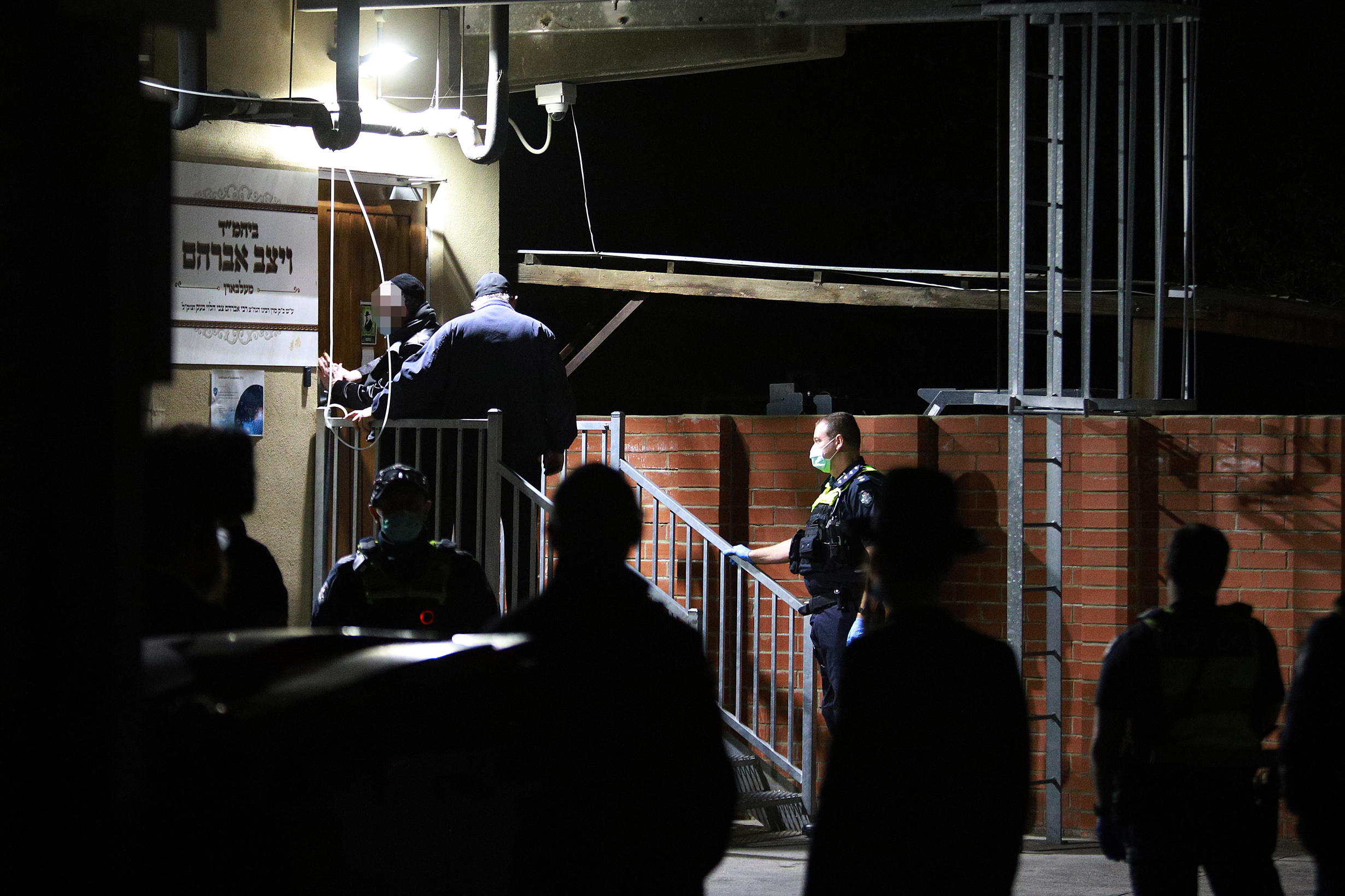 “It is just not smart. It prolongs the lockdown and it potentially puts people in hospital.

“Let’s hope we don’t see people getting very, very unwell as a result of those choices.”

Newly elected deputy Victorian Liberal leader David Southwick said the gathering “was not a new situation with this particular group, this group has been involved for some time in a number of activities”.

“What is happening is unacceptable, I don’t condone it, I think there needs to be consequences,” he said. 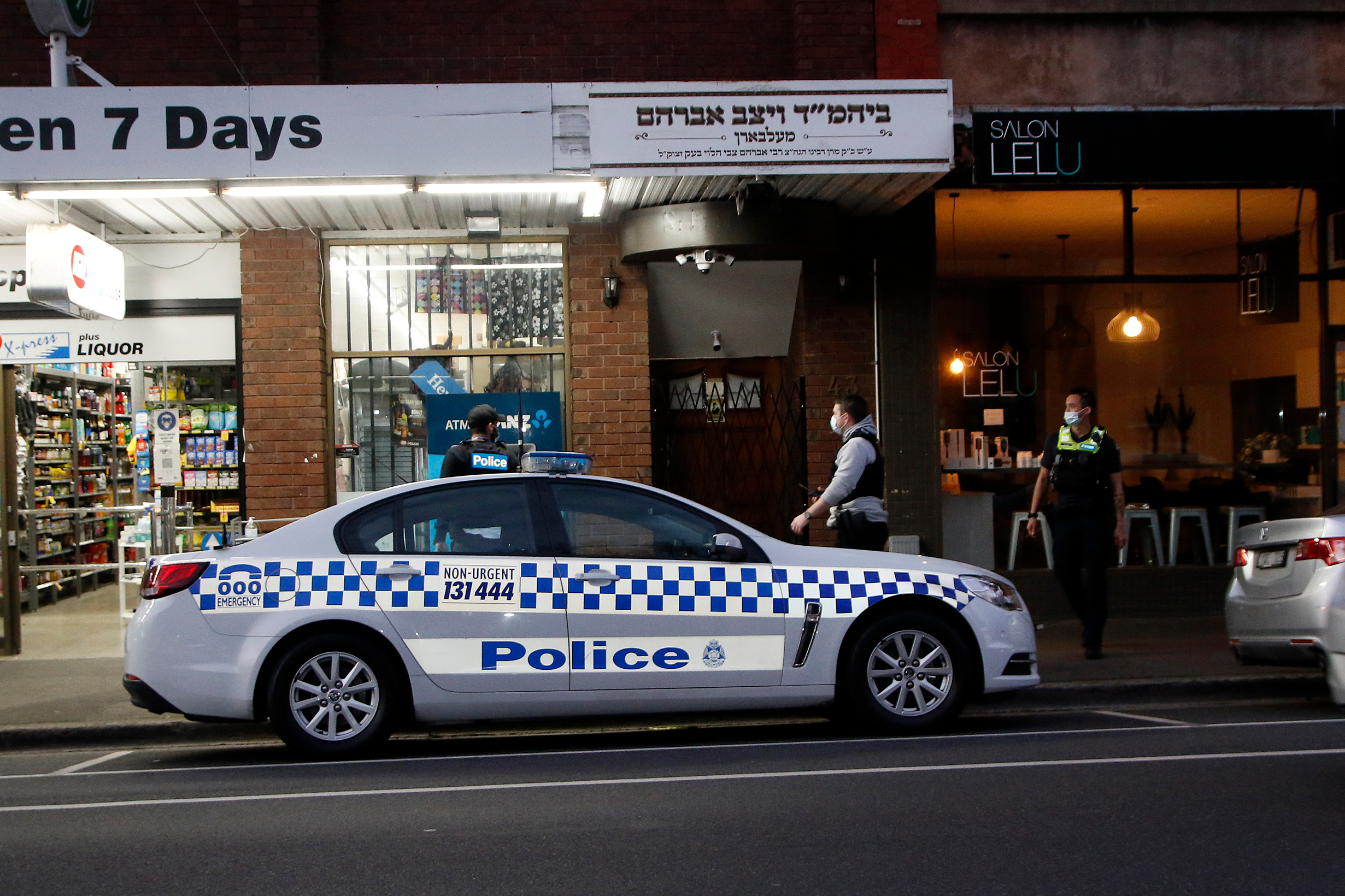 “Everyone is targeted (in the Jewish community) as a result of the actions of a few … we cannot allow this thing to happen.”

Federal Labor MP Josh Burns added, “The public health rules apply to everyone and it is beyond frustrating to hear that a small group of people are continuing to act with disregard for the law.

“As painful as staying apart is at this time, especially for Jewish families on Rosh Hashanah, I thank the vast majority of families who are doing the right thing.”

Condemning the gathering, JCCV president Daniel Aghion lamented, “The actions of a few do not represent the vast majority of our community who have celebrated Rosh Hashanah at home only with the people with whom they live, and just like the wider community, continue to follow the rules.”

He added, “It is central to the Jewish religion that lives are to be protected, and that the law of the country must be complied with. The individuals who gathered together ignored those basic Jewish principles, and we condemn them for their selfish and unlawful conduct.

“Our sympathies are with the cameraman who was injured, and we wish him a speedy recovery. We also thank Victoria Police for their excellent work in protecting the Victorian community in what must have been a difficult situation for the police.”

The Council of Orthodox Synagogues of Victoria (COSV) stated, “This particular congregation … is a fringe element of Melbourne Jewry.

“COSV disassociates itself from the synagogue and its members who have not complied with the current COVID regulations.”

Noting, “COSV member and affiliate synagogues abided by the regulations set out by the Victorian government over the festival,” the organisation added, “We applaud all our community members who managed to observe the New Year safely and in line with the current restrictions.”