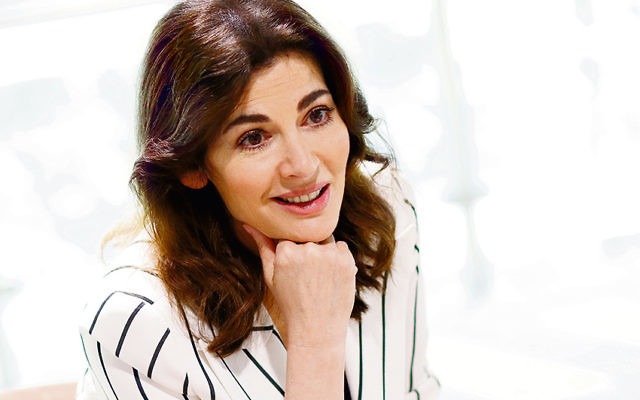 WHEN Nigella Lawson speaks, she does so with nuanced complexity.

Much like the recipes for which the English cook and food author is known and revered, she is multilayered, yet anchored by an elegant simplicity.

We spend 30 minutes together, one-on-one, on an early Wednesday morning at the ABC Southbank studios. We are interviewer and interviewee – or just two Jewish women having a chat about the joy of cooking, the pleasure of feeding, and the love of eating.

“I’m just someone who likes feeding other people. My friends always joke that someone comes in, and they leave with something wrapped up in tin foil,” shares Nigella.

Beginning her career as a journalist, book reviewer and restaurant critic, Nigella wrote for a number of British newspapers. Then, in 1998 she rose to fame with the publication of her first book, How to Eat. It became a best seller.

Ten more books and 12 television cooking series later, Nigella, 58, returns to Australia to appear in the upcoming series of MasterChef Australia (for which filming has just wrapped), and to promote her newly released book, At My Table.

“The books have different character, but they are all linked. They have to be because they’re all an authentic expression of where I am in my life, and what I am feeling, and the food I am cooking,” says Nigella.

“I think that quite a lot of the recipes are about feeding other people … Whether you are having a load of people around, or whether it is because you want to freeze something and make it go further in the week, that’s the nature of my cooking.”

Mention Nigella, and one does not need to utter her surname for conversation to ensue.

Although perhaps a little less known is Nigella’s Jewish heritage. The daughter of English-Jewish parents, she shares that while she “wasn’t brought up with Jewish dietary laws” and her family “didn’t do anything Jewish” – “They were in every way, essentially about the food. They were totally, culturally, Jewish – from cooking too much, to feeding anyone the moment they walk through the door, and giving them things to take home.”

Nigella’s words are considered, beacons of refined articulation. But, as we wade into the topic of her longstanding love affair with food and her mother’s braised chicken, she is overcome with an almost childlike excitement. Wide-eyed and leaning in, Nigella speaks at a frenetic pace, partial sentences fading as a new thought interjects.

“That idea of chicken … I think it is essentially a Jewish thing.”

Her mother’s braised chicken recipe is a celebration of all the familiar comforts of Ashkenazi cookery: chicken, carrots, celery, parsley and leeks, but spruced with garlic infused olive oil, white wine and rice.

“I published it in [Nigella] Kitchen … It says: ‘serves four – or eight gentiles’ – but I don’t think they let me print that in America!” she exclaims in an eruption of laughter. 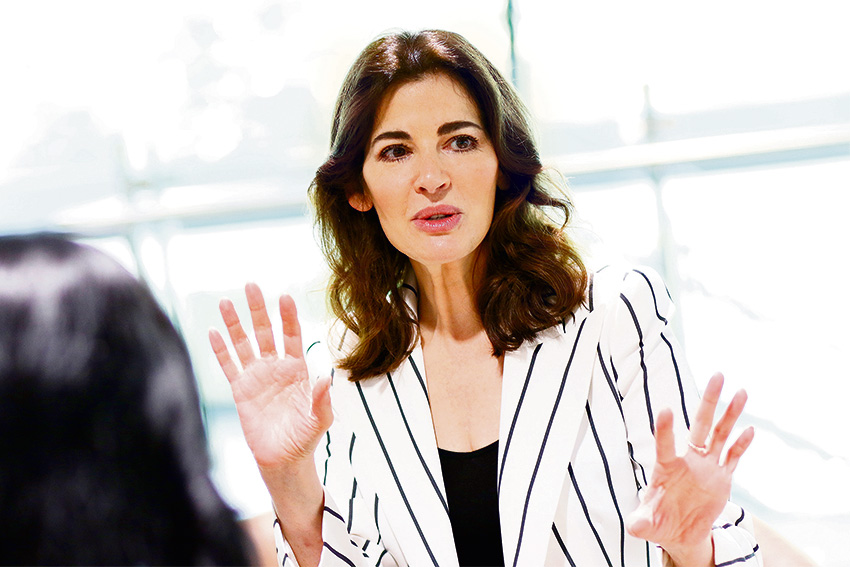 While Nigella presents as the embodiment of a woman strong and self-assured, she flickers with fragility. Her conviviality shifts to seriousness when reflecting on the sentimentality imbued within her mother’s recipe.

“Every single recipe I write, in a way comes a bit from my mother, even though I don’t cook the same food as her always. Although, that chicken is very important for me.

“My mother died at 48, and I feel that it matters a lot to me that my children get to eat her food. So, when I go home [back to London] that chicken will be the first thing I make.”

“I think that if you are Jewish, you feel that food as sustenance is important; food as a way of forging bonds with people and a sense of family is important; but we also cannot help but to think of food symbolically.

“We don’t have to be taught that. It’s not about any religious thing – it’s in how we are,” she asserts.

Nigella credits her intuitively “Jewish approach to food” as the catalyst for her interest in writing about it, “even if it isn’t always thought out or expressed”.

The tradition of the seder is of great importance to her and was made particularly more so when her late first husband, John Diamond, became ill, “because he had grown up with it”.

“Marrying John made more of a difference because he had been brought up more in a Jewish way and so I think I learnt more about that, and that taught me quite a bit or made me understand it in a different way.

“And obviously, in me wanting to marry him, had expressed some part of me.”

Diverting back to the rich symbolisms of the Passover traditions, Nigella pauses to reflect: “I think the notion of the salty water because of tears shed is very evocative.”

A couple of years ago, Nigella hosted a special seder at her home, with 30 of her closest friends, she tells. But, that evening she would not cook alone, sharing the task with a friend, renowned Israeli- British chef Yotam Ottolenghi.

“It was really beautiful. We cooked together. I mean, he is very good,” she says emphatically.

The idea of food as a vessel of symbolism – and memorialisation – is key for Nigella.

In a hushed undertone, she leans forward.

“Perhaps this is a very Jewish thing … You know, my mother died at 48, my sister died at 31 and I had this great need to memorialise them, and the only way I could do that was through food.

“So, I wrote my first book, I think partly, but for a lot of other reasons, I felt that home cooking was being taken over, and it was all about restaurant food – but, really at the heart of it was this need to memorialise their food, and the food we cooked together, and ate together. That felt very important to me…

“It felt so difficult not having that conversation with them: ‘What are you having for dinner tonight?’, so it was my way of continuing it.”

Nigella also credits her maternal grandmother and great-aunt Myra as influential figures in the kitchen.

When Nigella’s grandmother offered a second serve, “You had to have it,” she tells. But when declining third or fourth helpings, her grandmother would implore, that last little bit “was going begging”.

As for sitting at the table of great-aunt Myra – “who neither liked to be called ‘great’ or ‘aunt’” — it was an “un-relaxing experience”.

“Before you almost got the fork to your mouth, she would be saying, ‘Is it all right?’”, Nigella laughs.

Within the opening pages of At My Table, Nigella pens: “Any recipe ever written, any meal ever eaten, is a story, the story of home cooking which, in turn, is about who we are, where we’ve come from and the lives that we’ve lived, and what we say to each other.”

If Nigella’s story was to translate into a dish, she would be a generous portion – bold in flavour, yet refined. Unpretentious and honest. Delicate, yet robust. Comforting. Modern, but steeped in tradition.