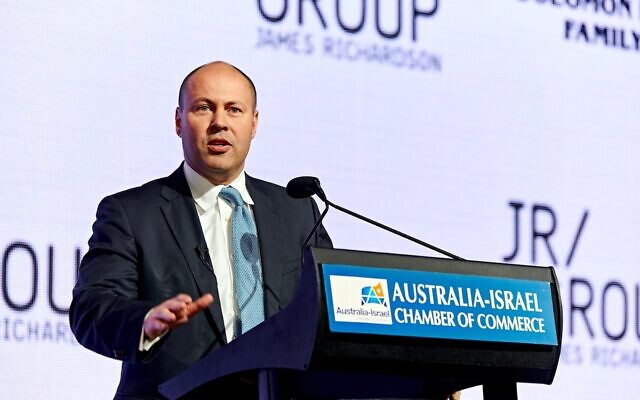 AT the annual Australia-Israel Chamber of Commerce (AICC) luncheon on Wednesday at the Crown Palladium in Melbourne, Treasurer Josh Frydenberg spoke of the special relationship between Australia and Israel and the strong business ties between the two nations.

While the Treasurer noted that Israel is Australia’s 45th largest trading partner and the third highest country represented in terms of foreign listings on the ASX, he said the relationship is “much more than just an economic partnership, it’s also people-to-people links”.

Acknowledging the Coalition’s efforts in strengthening the important friendship over the past three years, he spoke about the introduction of a double taxation agreement, as well as agreements on air services, working holidays, innovation and defence industry cooperation. With Prime Minister Scott Morrison establishing a trade and defence office in West Jerusalem, the first annual strategic talks between Australia and Israel defence officials have also officially begun.

“This speaks to the incredible importance and activity in the economic partnership between Australia and Israel and long may that continue,” Frydenberg commented.

Since it was originally formed in the early 1950s, the AICC has connected the biggest names in the Australian business community – both Jewish and non-Jewish – with Tel Aviv in order to strengthen the relationship between the two allies.