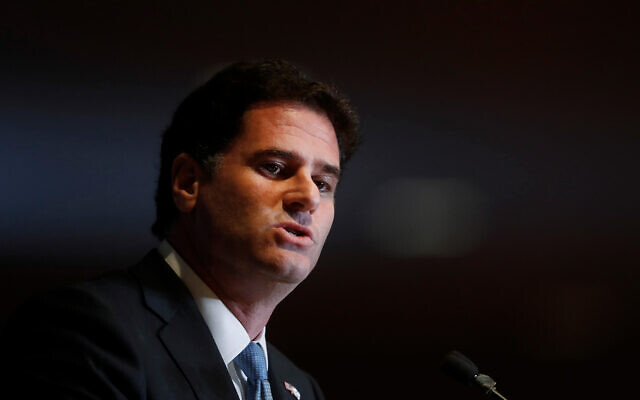 Ron Dermer, former Israeli ambassador to the US.

BEFORE the Abraham Accords hit the headlines, quiet diplomacy was nudging Israel and the UAE towards that historic point – and Ron Dermer, then Israel’s US ambassador, was in the thick of it.

Recalling the heady weeks before the accords became a reality, the US-born Israeli – who is set to address JNF’s Virtual Gala on Tuesday – told The AJN, “I was able to work quietly in Washington for about six or seven weeks with the [US] administration, and my Emirati counterpart worked with them as well.

“I think it’s a great boon for Israel in the region in its standing and we’re really only at the beginning because I think COVID has dampened the effect,” he mused.

Dermer emphasised the importance of close US–Israel ties, which signalled to Arab states that a “way for them to improve their relations with Washington and get things that they wanted … was actually to move closer to Jerusalem”.

“They took away the veto power of the Palestinians over the whole peace process,” he said, although noting former president Donald Trump’s peace plan, he hopes the Palestinians will come to the table.

A re-entry into the Iran nuclear deal under the Biden administration would be “a big mistake”, he warned, stating the agreement “ultimately paves their path to a nuclear arsenal”.

Asked to name the highlight of almost eight years as Israel’s 18th US ambassador, Dermer described as “my proudest moment” the key role he played in preparing the 2015 Washington visit of his close ally, former prime minister Benjamin Netanyahu, to warn Congress about the Iran deal.

Netanyahu’s speech, without the imprimatur of then president Barack Obama, caused a diplomatic stir, further fraying relations between the two leaders. But Dermer remains unapologetic. “How could you have a voice and not use that voice … against something that could potentially threaten not just your security but your survival?”

Dermer also caused controversy in parts of the American Jewish community by courting Evangelical Christian supporters of Israel, a demographic many times the size of the world’s largest Jewish Diaspora, but with values and voting patterns distinctly different to those of most Jewish Americans.

But he said he stands by his credo that “America is Israel’s backbone in the world and the backbone of that backbone are Evangelical Christians.”

Asked about how Israel might be affected by Biden’s hasty endgame in Afghanistan, Dermer lamented, “When America is perceived to be weak, it impacts all of us.”