Dr Alan Finkel was always fascinated with science. The son of immigrants who fled Europe, Finkel had accepted the post-war immigrant expectation of becoming a doctor or a lawyer. While he read books on the human body and even assembled an educational toy called the Invisible Mind, it was science that ultimately called to him.

“I realised that medicine wasn’t the attraction, it was the science of biology and organ architecture that appealed to me,” Finkel told The AJN. Of course, he also credits his chemistry, physics and maths teachers at Mount Scopus College for his love of the field. “Through them, I discovered that science was as entertaining as it was demanding.”

An entrepreneur, engineer, neuroscientist, inventor and educator, Finkel was appointed Australia’s chief scientist in 2016. He remained in the position until the end of 2020. During his time, he dealt with the horrendous bushfire season of 2019/2020 and then backed that up with COVID-19 arriving on Australian shores. He also advised the government on climate change and disaster resilience, worked with the Minister for Energy and Emissions Reduction on Australia’s low emissions technology roadmap, and has written Quarterly Essay: Getting to Zero for the well-respected journal.

Finkel said it was extremely satisfying that he was able to assist during what was and continues to be a very difficult time for the country, thanking everyone who provided support, from colleagues, those in public service, the academic community and his friends, who he said, always challenged him.

“Friends are important, because even though they sometimes give you free advice that you are not looking for, cumulatively that advice challenges your assumptions and gives you pause to think about new ways to solve problems.” 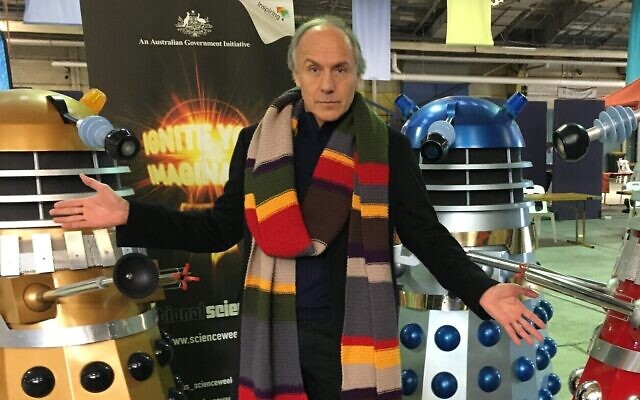 Throughout that very busy time, Finkel was sharing his story with author Kim Doherty, who was writing for Aussie STEM Stars, a new series seeking to inspire the next generation of scientists and inventors.

Doherty said that despite everything going on around him and the enormous responsibility he shouldered, Finkel remained humble and was always eager to talk. Doherty recalls a time when Finkel had to pause their call to take another from the Prime Minister’s office. While she told him they could finish their discussion later, Finkel would not hear of it, remaining incredibly generous with his time and knowledge.

“The most important tool they will need is the ability to distinguish an evidence-based theory from a conspiracy theory. The world progresses from the former; it regresses from the latter.”

“He’s funny and accessible, and incredibly bright. You can just talk to him for hours and he will never repeat himself,” Doherty said. “His brain is going all the time, it doesn’t matter if you want to talk about mountaineering or getting his pilot’s licence or growing up, or how hydrogen works and how that might be a fuel for the future.”

Finishing up his tenure as chief scientist at the end of last year, Finkel was asked to stay on as Special Adviser for Low Emissions Technology. His humility and generous nature are immediately apparent when you hear that he wanted to do this for free. As Doherty writes in the book, “He felt it was something he could contribute to the world.” Unable to put anyone on the government books for zero, they came to a compromise.

Finkel is now being paid $1 a year to help save the world. 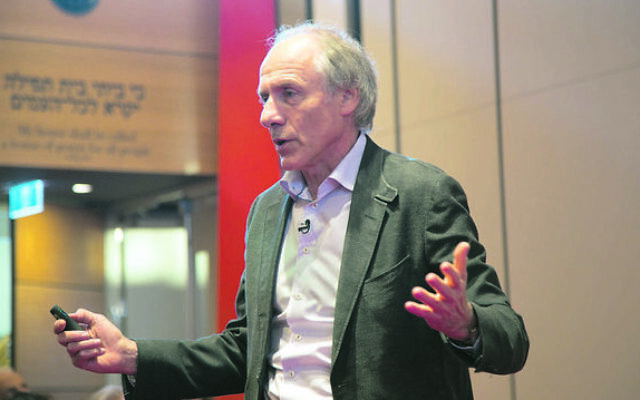 The world of STEM

The Aussie STEM Stars Series celebrates the real-life stories of some of Australia’s top scientists and inventors. It looks at what inspired them to pursue their chosen path and how they have contributed to science all over the world. Society is looking to inventors and innovators to solve the problems facing humanity and the planet.

“One of the things that appealed to me [about the series] was that scientists can be seen as these remote people who wear white lab coats and stand next to the Prime Minister,” Doherty explained. “You never think, they were children once. They grew up as kids and had challenges in their life. They have a story that has led them to this incredible path.”

The purpose of the series is to ensure that children see a reflection of themselves in STEM occupations. Children grow up saying they want to be firefighters, teachers or singers. Now, other professions are enticing, as they read about chief scientists, surgical inventor Munjed Al Muderis, and bird and primate scientist Gisela Kaplan, whose discovery of her Jewish roots is dealt with in the book.

It’s something that Finkel, himself, is very passionate about – happily hopping on the phone to Doherty’s daughter to discuss computer coding. Suddenly, the chief scientist of Australia is an accessible person to kids.

Finkel’s book opens with a teenager skipping school, enthralled by the moon landing, and the first few chapters show Finkel as a smart, inclusive, fun and above all else, curious teenager, trying to find his place in the world.

For both Finkel and Doherty, being part of the Aussie STEM Stars series all came down to the kids, inspiring them to be and do whatever they want, especially when it comes to science.

“There are many different careers in science,” Finkel rightly said. “All of them interesting and all of them able to make a positive contribution to communities or in some cases the world.”

He also added that it pays to be open minded. “Do whatever you do well, and the doors of opportunity will open. You will not know in advance where those doors will lead, but every door leads to a room with lots of other doors.

Children grow up saying they want to be firefighters, teachers or singers. Now, other professions are enticing, as they read about chief scientists, surgical inventor Munjed Al Muderis, and bird and primate scientist Gisela Kaplan.

“The key to opening them is to be active and enthusiastic, to do whatever you attempt at the best of your ability. Those doors of opportunity are pre-programmed to open in response.”

For Doherty, she hopes kids see science as a path to solving the big problems facing our world.

“Science can really contribute, and if these books can show kids an accessible pathway towards science and helping our world, then I’ll be thrilled,” she said.

Subject and author both stressed the importance of children being able to get their hands on books, especially Finkel, who encourages children who are interested in STEM subjects to simply read.

“Ask your parents to buy you books,” he advised. “Books about how the digestive system works, how aeroplanes fly, about the creatures in the deep Pacific Ocean, what’s inside a computer and how telephones connect wirelessly to the network. Reading is how you satisfy your innate curiosity.”

And as for science, Finkel believes there are two reasons to learn science at school. The first is for those who will go on to have careers in science, engineering, mathematics, medicine or other related disciplines. The second is to be able to distinguish fact from fiction.

“Every single one of them will grow up to live in a complex world, bombarded by information from multiple media sources, friends and family,” he said.

“The most important tool they will need is the ability to distinguish an evidence-based theory from a conspiracy theory. 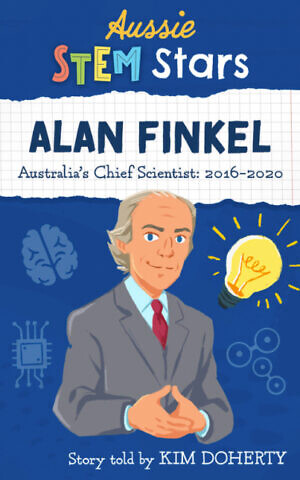