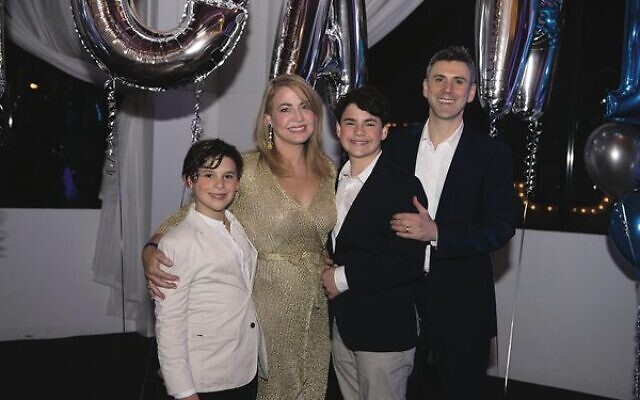 For a lot of kids, big and small, Christmas is a magical time. There are fairy lights strung around and no matter what religion, it can be fascinating to see the excitement build.

But it can also be a confusing time, especially for those who don’t celebrate Christmas or for those who come from an interfaith family.

Why do some kids get presents and others don’t?

Why do some light a Chanukiah and others decorate trees?

A new book by Andy Segal titled Ho, Ho, Ho. It’s Santaclausteinbaumowicz, is about the Santa Claus you never knew. While Rudolph the Red Nosed Reindeer was created by Jewish advertising copywriter Robert L May, Segal claims that the big man himself, Santa Claus, may just be Jewish too.

“When I was growing up, I loved all the holiday movies about the magic of Santa,” said Segal. “Santa was this superhero that embodied everything good in the world. Not being able to go up to him at the shopping centre, get a photo or sit on his lap, made me feel like I really missed out.”

Segal would watch his non-Jewish friends as they wrote their wish lists and got excited to find out what would be under their Christmas tree come December 24.

When Segal and his wife Georgie, who converted to Judaism, had kids, he didn’t want his children to miss out either. Georgie’s family celebrates Christmas, and their children are being brought up in a loving interfaith family that embraces all festivals.

“I wanted my kids to feel included, but I didn’t know what to do,” Segal explained. “Then one day it struck me. I was walking down the street with my two little boys, Noah and Raph, when they saw a Chassidic Jewish man in his black coat and hat. My youngest child Raph yelled out, ‘Santa, Santa’, and ran up to hug him. That’s when I came up with this idea. Maybe Santa is Jewish, after all.” 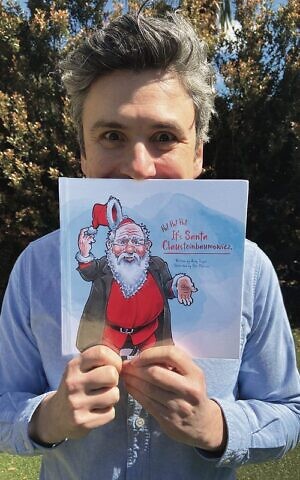 Santa never gets any presents of his own, his head is always covered, and he works on Christmas Eve.

Plus, he never flies on a Friday night because he’s always home before sunset after delivering presents around the world.

When you really think about it, it kind of makes sense.

Segal sat on the idea for a while before self-publishing his picture book this year, which is dedicated to all the Jewish kids out there who have been told, ‘Sorry, no Santa for you’.

“It seems I’m not the only one who has this festive season dilemma. So, when I see people’s faces light up when they read it, I know it was worthwhile.”

In keeping with the philosophy of the jolly old mensch, 10% from book sales for the rest of the year will be donated to Nourish, a joint charity initiative by Temple Beth Israel and the Father Bob Maguire Foundation to feed those in need.