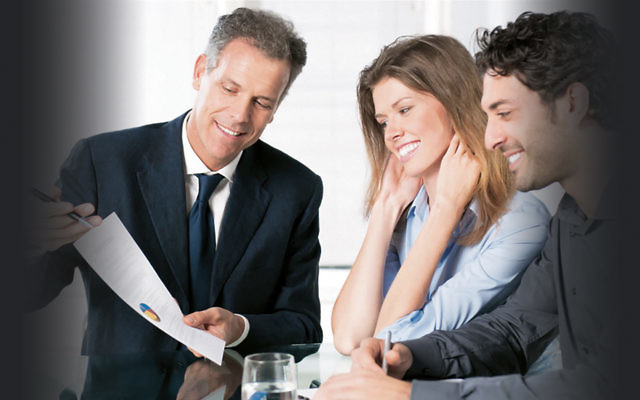 What a difference two months can make in the investment world. Last time the AJN looked at the financial landscape the Australian market was in bear territory, down 20 per cent from last April’s peaks.

Then, the benchmark All Ordinaries Index was sitting at around 5000 points, off its February lows of 4762 but well below today. Since then the market has recovered considerably to trade over 5400 before sinking back to around the 5300 level.

Two particular sectors of the market have been crucial in recent months: the financials and resources. Together they make up almost half the market and have driven the action in recent times.

Resources, obviously, were the main game in the years since the financial crisis when Chinese reflation gave that sector a second leg to the massive boom it had experienced since the early 2000s when the mighty Asian dragon economy came to life and sucked in Australian minerals in record quantities.

That game was finishing mid last year as demand caught up with supply. Market heavy weights like BHP Billiton and Rio Tinto had been slowly declining. Then late last year they tanked when the iron ore price really hit the skids.

But things bottomed out in January with BHP and Rio up 30 per cent and 31 per cent respectively since then. The price of iron ore, Australia’s biggest export and one of the drivers of the 2015/6 resources slump, is sitting at $US61 per tonne, up 61 per cent since its lows early in the year.

The same story is true for the banks, whose earnings have been driven by the post financial crisis housing boom and mining investment boom. With housing price growth tailing off, mining investment virtually dropping off a cliff and regulators forcing banks to boost capital and curtail property investment loans.

The cumulative effect of that was to see the financials index plummet to 5934 in January. But it has climbed 11 per cent to 6620 now. Even the mighty Commonwealth Bank, which topped out at $88 last year has plumbed lows in the $69 range and is now back to around $75 a share.

The last two month’s market performance demonstrates the value of some of the basics of investment. As Equity Trustees asset management chief told the AJN in March “don’t panic.”

Anyone who had panicked and sold in the early months of this year would have missed out on the bounce in banking and mining and crystallised losses at the bottom of the market. That kind of capital loss is hard to make up.

Alternatively those moving in a more measured way have probably managed to protect their positions. Mid-last year Commonwealth Private, for example, had introduced some more defensive fixed interest exposures into its investment options and reduced client exposure to emerging markets.

The value of diversity can be seen by looking at some other stocks on the ASX. By holding a balanced portfolio that was not overweight banks and miners, some of the rough ride of the last nine months could have been smoothed out considerably.

That, of course, is investment 101, but it’s easy to be caught up in the hype of booms like those we have experienced in banking and resources. It pays to keep your mind on the basics.

Many have used the structure of superannuation as a major weapon in their investment armoury; especially since super pensions became tax free in 2006.

A lot of the 2006 package was undone in the 2016 federal budget, with Treasurer Scott Morrison introducing some unexpected nasties which will particularly hit those with big balances in their self-managed funds.

The most important from an investor viewpoint are these:

Concessional Caps – These are the amount of concessionally taxed super you can contribute to your fund each year through salary sacrifice and the 9.5 per cent super guarantee payments made by your employer. It has been reduced to $25,000 a year from $30,000 (or $35,000 for people over 50) from July 1 2017.

In the past, any of the concessional cap not used in a particular year was lost. Now this component can be rolled forward for up to five years and used if extra funds are available. But this applies only for those with less than $500,000 in their fund.

Non-concessional Caps – These were big asset builders and have been significantly curtailed. Until now, the system allowed after-tax contributions of $180,000 a year, or $540,000 once every three years, to super.

That really allowed you to boost funds towards retirement into a structure that would be untaxed after your retirement.

From budget night this figure has been slashed to $500,000 over the whole of life.

There is an element of retrospectivity here as the cap will include all non-concessional payments made from July 1 2007.

To prevent inflation whittling the cap away it, will be indexed to average weekly earnings

Superannuation pensions have been tax-free since 2006, but the budget introduces a limit of $1.6 million on funds in pension mode.

Those with more than this in their fund at retirement will have to move the surplus into an accumulation fund taxed at 15 per cent by July 1 2017.

If your fund is below the $1.6 million level and subsequent growth pushes it above that level, it will remain untaxed.

Currently those with earnings of $300,000 and above have their concessional payments into super taxed at 30 per cent, not the 15 per cent others pay. This threshold will be reduced to $250,000.

While the opportunity to build up super balances is limited as is the tax free status, for many super will still be attractive even if with more than $1.6 million in an account.

Any surplus you move to an accumulation fund will see earnings in the fund be taxed at 15 per cent. However the effects of dividend imputation can reduce this and 15 per cent is still lower than in many other structures for high balances.

You will still be able to withdraw funds from the accumulation structure tax free if you are retired.